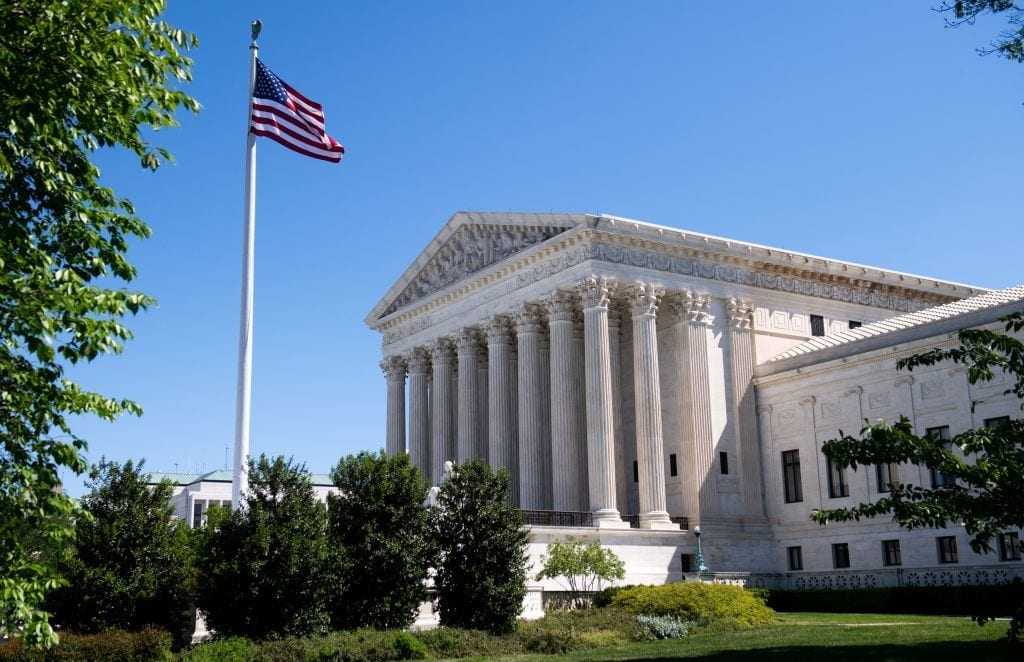 Texas Attorney General Ken Paxton filed a lawsuit before the Supreme Court on Tuesday against Michigan, Georgia, Wisconsin and Pennsylvania, arguing the states violated the Constitution in changing their voting processes ahead of the 2020 presidential election.

Now, eighteen states have joined in the fight, seeking to halt presidential electors from casting their votes for the media’s president-elect Joe Biden.

Our Office has received many inquiries about the Texas v. Pennsylvania lawsuit filed at the U.S. Supreme Court and whether Arizona will participate. Here is my statement and our legal filing: https://t.co/82qIu1lQ5B pic.twitter.com/tRY6c6lTJl

“First, the separation of powers provision of the Constitution’s Elector’s Clause is a structural check on government that safeguards liberty,” Schmitt wrote in a press release. “Second, stripping away safeguards of voting by mail can create risks of voter fraud,” he continued. “And, finally, the defendant states abolished critical safeguards against fraud in voting by mail.”

“For the first argument, the brief argues that 1) only laws enacted by state legislatures can establish “the times, places and manner of holding elections for Senators and Representatives,” 2) this law applies to the selection of Presidential electors, 3) non-legislative actors in each of the defendant states encroached on the election authority of the legislatures, violating the separation of powers, and 4) this violation of the Constitution’s separation of powers undermines the liberty of all Americans, including the voters in the amici states.”

“To illustrate the risks of voter fraud in mail in voting and absentee ballot voting, the brief cites several sources that all express the same concerns about mail-in voting and absentee ballot voting, including the U.S. Supreme Court case Crawford v. Marion County Election Board, the Carter-Baker Commission on Federal Election Reform, the U.S. Department of Justice’s manual on Federal Prosecution of Election Offenses, the U.S. Government Accountability Office, and more.”

“Finally, the brief alleges that the defendant states abolished safeguards that would have been critical to preventing fraud in voting by mail. First, non-legislative actors in Pennsylvania, Georgia and Michigan abolished or undermined signature verification requirements. Second, non-legislative actors altered the statutory rules for secure handling of absentee and mail-in ballots in Pennsylvania, Michigan and Wisconsin. Third, the Bill of Complaint also alleges that certain counties in the defendant states excluded bipartisan observers from participating in the opening of ballots and the ballot counting process. For example, it alleges that election officials in Philadelphia and Allegheny County, Pennsylvania “violated state law by excluding Republican observes from the opening, counting and recording of ballots.” It also alleges that election officials in Wayne County, Michigan violated state statutes by “systematically excluding poll watchers and canvassers.” Finally, the brief argues that the Pennsylvania Supreme Count enhanced opportunities for fraud by mandating that late ballots must be counted even when they were not postmarked or had no legible postmark, and thus there was no evidence they were mailed by Election Day.”

The defendant states are set to file their oppositions to the Supreme Court by 3 p.m. on Tuesday, as the Electoral College will cast their votes on Monday to finalize the presidential election.