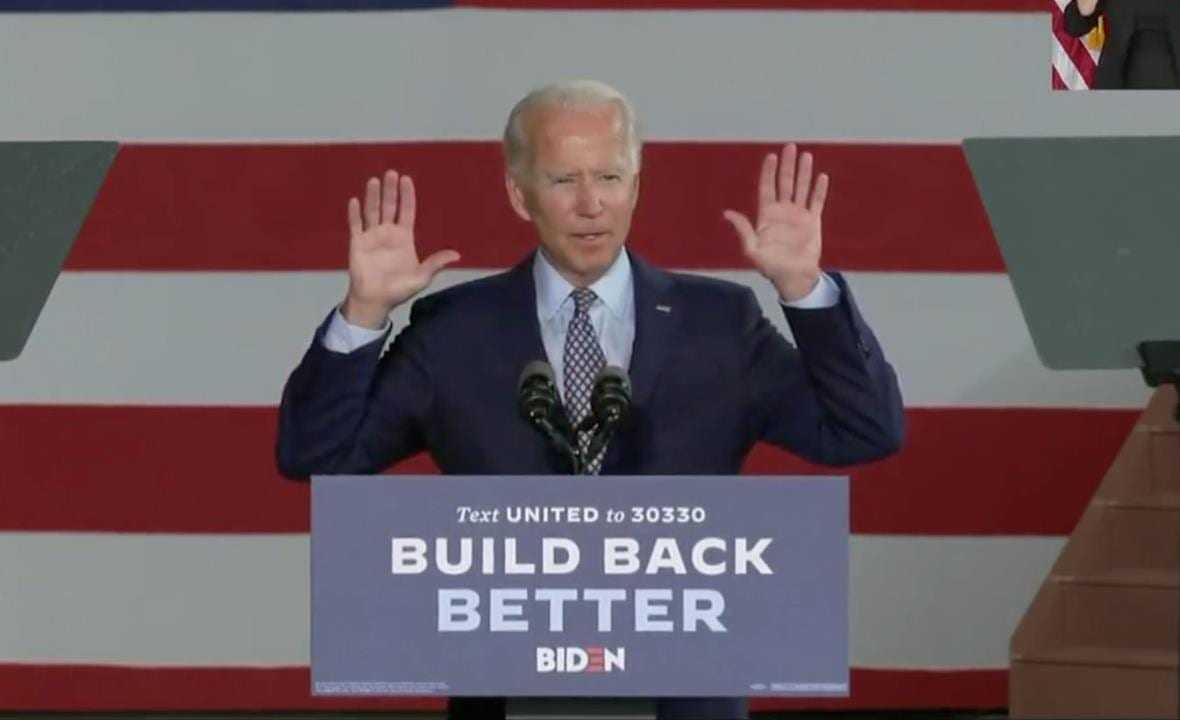 [otw_shortcode_dropcap label=”P” font=”Ultra” background_color_class=”otw-no-background” size=”large” border_color_class=”otw-no-border-color”][/otw_shortcode_dropcap]residential hopeful and former vice president Joe Biden showed himself yesterday in a live streaming video. We cannot say he finally came out of his basement, because, well, he was on the video call in his basement. Twitter and social media platforms only started buzzing once it was realized just how little attention the live stream video actually received. Photos went viral of screenshots showing that only 19 people were watching the live stream 26 whole minutes into it.

“I would also make this face if only 19 people were watching my live stream 26 minutes into the event…” the memes read. Here are a few of the bizarre moments you missed if you were not amongst the 19 viewers. While discussing Trump, China, and the coronavirus, Biden had some very racially insensitive and uncomfortable moments with a few of the women on the zoom call.

“Look what he’s doing now,” Biden said of Trump. “Blaming everything on China. He’s blaming everything on the Chinese and people don’t make a distinction” he continued. Then addressing two of the females on the call he lamented “as you well know, from a South Korean and someone from Beijing; they make no distinction, it’s ‘Asian.” Biden makes an irresponsible and dangerous accusation that President Trump and “they” are blaming all Asians for the release of the global pandemic, and adds that with a lack of distinction, Trump is “just using it as a wedge.”

First Democrats claimed racism and political manipulation when leadership specified COVID-19 by nicknaming it the “Wuhan Virus” because it Originated in Wuhan, China. Now, Biden and the Democrats falsely claim that Trump and Republicans aren’t specific enough, making “no distinction” accusing them of blanketed statements that everything is “Asian.”

This next Biden gaffe is almost impossible to understand or attempt to explain. “I had a nurse at, nurses at Walter Reed hospital who would bend down and whisper in my ear ‘go home and get me pillows.’ They would make sure they’d, actually, probably nothing ever taught in uh, you can’t do it in the COVID time, but they’d actually breathe in my nostrils to make me move, to get me moving.” Just another thing COVID has ruined; nurses must really miss breathing in patients’ nostrils.