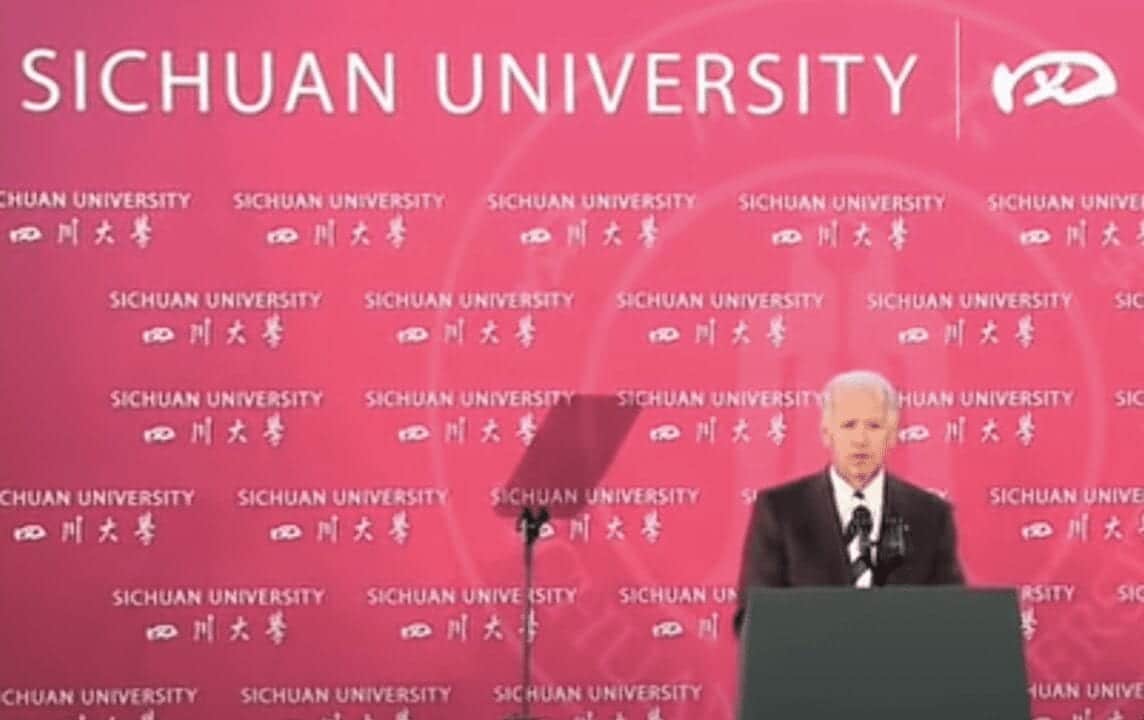 [otw_shortcode_dropcap label=”M” font=”Ultra” background_color_class=”otw-no-background” size=”large” border_color_class=”otw-no-border-color”][/otw_shortcode_dropcap]edia outlet The National Pulse released a speech former vice president Joe Biden gave in 2011 at China’s Sichuan University which unequivocally demonstrates “either a fundamental misunderstanding of the Chinese Community Party (CCP) or outright collusion with it.” There have been many times Biden’s rhetoric regarding China has revealed his lack of concern for the Communist state. Biden’s lack of concern, frankly, is a huge concern.

As often is the case with Biden, one can’t make this stuff up. He even went so far as to support military relationships. “That’s why it’s also important that our military leaders work together, get to know one another – not just our political leaders, but our military leaders.” The United States and China’s Communist Party come together politically and militarily? It’s as though Biden is so graciously offering up our country on a silver platter.

Biden spoke for 50-minutes stroking China’s ego as only he can. As The National Pulse magnifies, “Biden takes his reckless approach to the private sector” and even “expressed support for granting China increased access to high-tech U.S. products:”

“The United States should undertake to make it easier for Chinese businesspeople to obtain visas to travel to the United States. It takes much too long for that to happen…Already, we have made thousands of new items available for export to China for exclusive civilian use that was not available before, and tens of thousands of more items will become available very soon. That’s a significant change in our export policy and a rejection of those voices in America that say we should not export that kind of technology too – for civilian use in – China. We disagree, and we’re changing.”

Biden completely disregards critics’ justifiable opposition. Not only does the United States want to avoid technological and military applications getting into the hands of the Communist Party, but nearly 4 million American jobs were “lost in under 20 years due to China’s predatory trading practices such as currency manipulation” reports The National Pulse.

Not only has China cause internal damage here at home, but exports we receive from them have “harmed American lives: Chinese toys are made with toxic lead paint; Chinese fish are carcinogenic due to the country’s polluted water; Chinese candy has been contaminated formaldehyde, and Chinese drywall is made with radioactive material.”

Dangerous facts and the decline of America in favor of China don’t concern Joe. “I believed in 1979 and said so and I believe now that a rising China is a positive development, not only for the people of China but for the United States and the world as a whole,” said Biden.

Looks like Biden may have more interest in running for President of China than the United States.