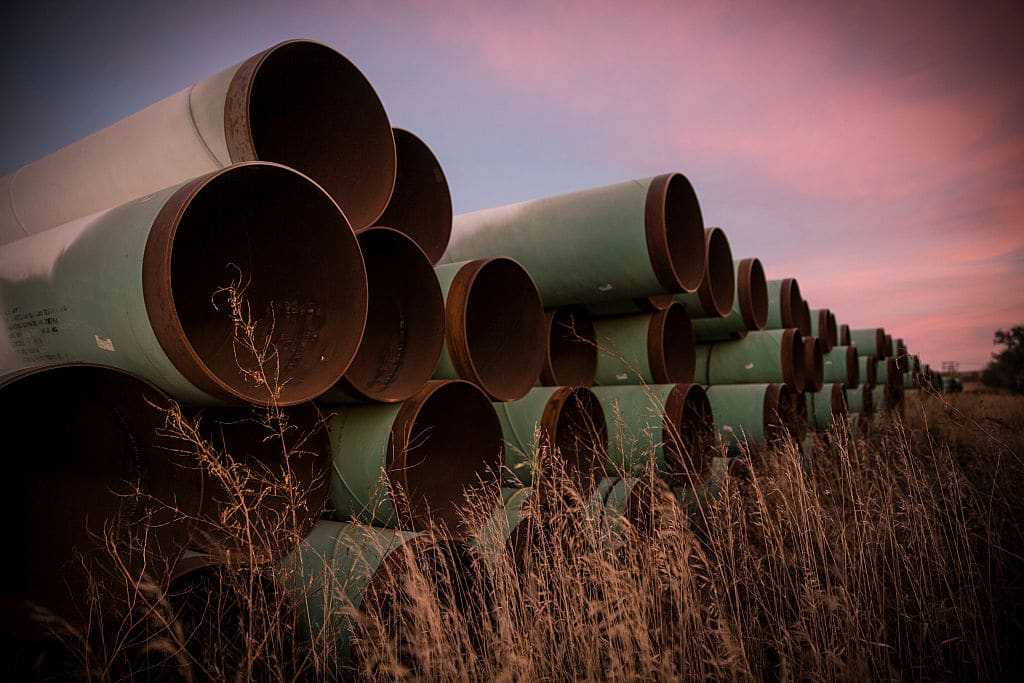 A whopping 21 states filed a lawsuit against President Biden on Wednesday over his executive order ending the Keystone XL pipeline. Texas and Montana led the complaint and filed the suit in the U.S. District Court in Texas.

The lawsuit “aims to overturn Biden’s decision, arguing that he overstepped his authority by ordering a cross-border permit for the Canada-U.S. pipeline to be revoked” reports Axios.

In a statement, Montana Attorney General Austin Knudsen said, “the power to regulate foreign and interstate commerce belongs to Congress – not the President.” The complaint states:

“Revocation of the Keystone XL pipeline permit is a regulation of interstate and international commerce, which can only be accomplished as any other statute can: through the process of bicameralism and presentment…The president lacks the power to enact his ‘ambitious plan’ to reshape the economy in defiance of Congress’s unwillingness to do so.”

The attorneys general of the 21 states say Congress sets the rules allowed for a president to take regarding Keystone, but Biden and senior members of his administration broke those rules.

The Obama administration denied permits for the pipeline before former President Trump approved the construction in 2019. Thousands of jobs were created to build the pipeline which was “designed by TC Energy Corporation to move approximately 830,000 barrels of oil from Canada and Montana to the Gulf Coast of Texas” reports CBS News. “The Keystone XL pipeline is part of a larger system of lines and would run through several states.”

Ending the Keystone Pipeline was a campaign promise of Biden’s, pandering to climate activists. After Biden appeared to win the 2020 presidential election, Canada urged Biden to reconsider his position on ending the Pipeline. Texas Attorney General Ken Paxton accuses Biden of acting “with complete disregard for the constitutional limits on his power.”

Print 🖨 PDF 📄
In this article:Keystone Pipeline