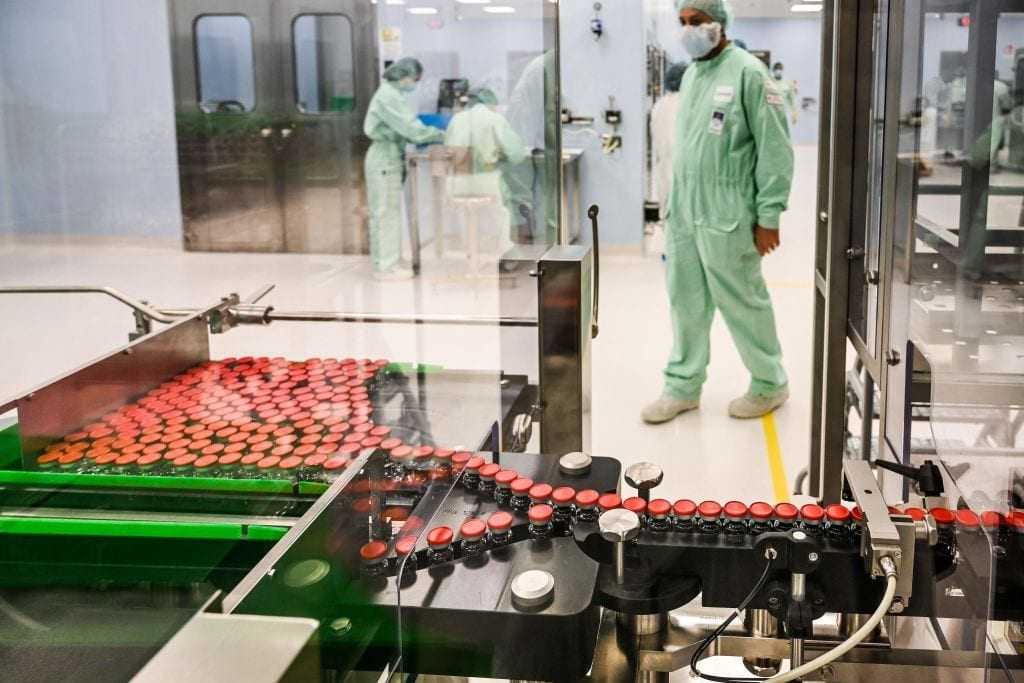 On Monday a third pharmaceutical company, AstraZeneca announced “late-stage trials showed its coronavirus vaccine was up to 90% effective” reported the Associated Press. Not only does the vaccine show a high percentage of success, but it is also “cheaper and easier to distribute than some of its rivals.” The results come from trials conducted in the U.K. and Brazil, developed by Oxford University and manufactured by AstraZeneca. “No hospitalizations or severe cases of COVID-19 were reported in those receiving the vaccine” reports the Associated Press.

AstraZeneca’s announcement comes just days after last week’s announcements from Pfizer and Moderna that their vaccines show preliminary results were almost 95% effective. AstraZeneca’s 90% rate may seem to be a drastic difference, “but, unlike its rivals, the AstraZeneca vaccine doesn’t have to be stored at ultra-cold temperatures, making it easier to distribute, especially in developing countries.”

“Because the vaccine can be stored at fridge temperatures, it can be distributed around the world using the normal immunization distribution system. And so our goal…to make sure that we have a vaccine that was accessible everywhere, I think we’ve actually managed to do that” said Dr. Andrew Pollard, chief investigator for the trial during a news conference.

AstraZeneca’s vaccine “uses a weakened version of a common cold virus that is combined with genetic material for the characteristic spike protein of the virus that causes COVID-19” reports the Associated Press. “After vaccination, the spike protein primes the immune system to attack the virus if it later infects the body.”

Another benefit, AstraZeneca’s vaccine will come at a cheaper price. “AstraZeneca, which has pledged it won’t make a profit on the vaccine during the pandemic, has reached agreements with governments and international health organizations that put its cost at about $2.50 a dose” according to the Associated Press.

By comparison, Pfizer’s vaccine costs roughly $20 per dose. Moderna’s vaccine is estimated to cost between $15 and $25 per dose, based on agreements made with the companies to supply the vaccines to the U.S. government.

In this article:AstraZeneca, COVID-19, new3, Vaccine