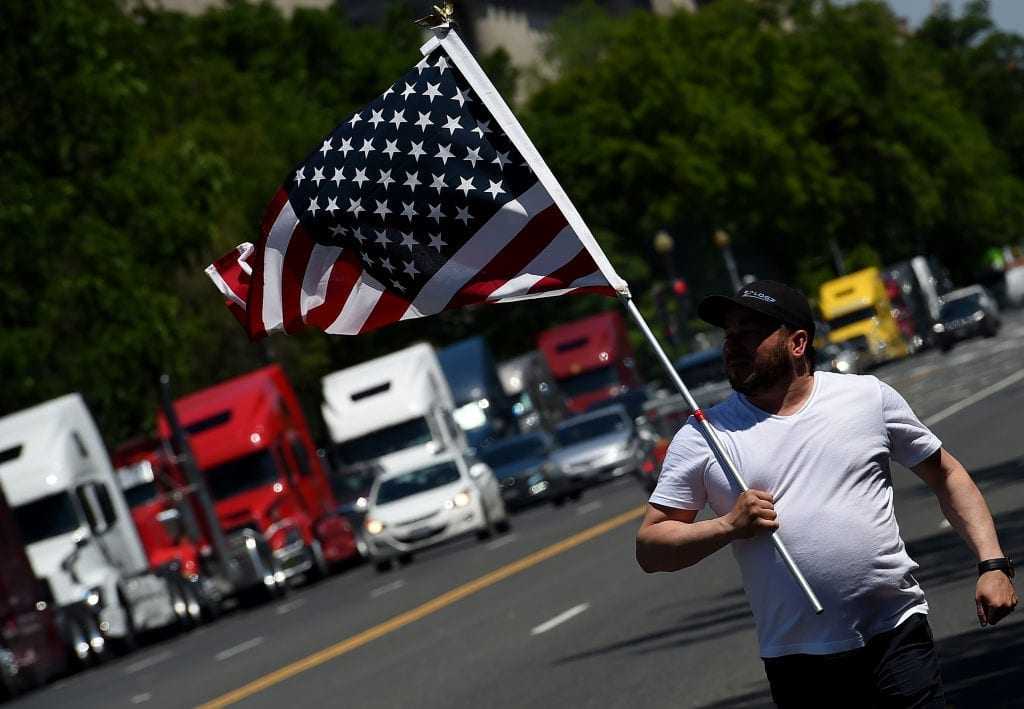 [otw_shortcode_dropcap label=”A” font=”Ultra” background_color_class=”otw-no-background” size=”large” border_color_class=”otw-no-border-color”][/otw_shortcode_dropcap]s talks to defund and dismantle police departments around the nation continue, we get small glimpses into the reality of what that would actually look like. Consequences and the snowball effect would be endless and dramatic, affecting areas of our lives we haven’t even considered. Amongst those possibilities are the end of deliveries from truck drivers.

CDLLife, a news outlet, and online community which “exists to celebrate the commercial truck driver by providing news, information and entertainment” according to their Facebook page discovered drivers’ fears in relation to defunding police. The 2018 U.S. Bureau of Labor Statistics reported truck driving as the most deadly job in the country. 2018; before COVID-19, before BLM protests.

CDLLife.com writes, “truck drivers have spent the last year on the front line of a global pandemic and protests. Now many are fearful of what might happen if police departments disband or are defunded.” Since the defund discussion began, many truckers have expressed their concerns on the CDLLife App.

Drivers expressing their fears prompted CDLLife to create a poll. “We asked drivers on the app, ‘would you pick up/deliver to cities with defunded or disbanded police department? Why or why not?” As of June 13th, over 1,283 drivers around the country participated in the poll, and a whopping 79% said they “will refuse loads to cities with disbanded or defunded police departments.”

CDLLife published some of the responses. “Most places we go already can be dicey and about the only time you see a cop is when lights is on behind you,” wrote one driver. Another stated, “for my own safety and security of my customers’ loads, I have already informed my dispatcher that I will refuse all loads to cities that have defunded their police departments.”

“I will not deliver to an area with a disbanded police department. My life matters and I do this for my family. We are already at the mercy of these towns and cities with laws and hate against us for parking, getting a meal or even using a restroom” wrote another driver.

In one comment that likely hits home for many people currently, one drivers’ rationale for refusing deliveries is that “…if something was to happen and you have to take matters into your own hands, and then you risk being prosecuted for protecting yourself.” Finally, “Simple. We may not like it all the time, but laws and order is necessary” read another response.

In this article:cities, Police, Truckers