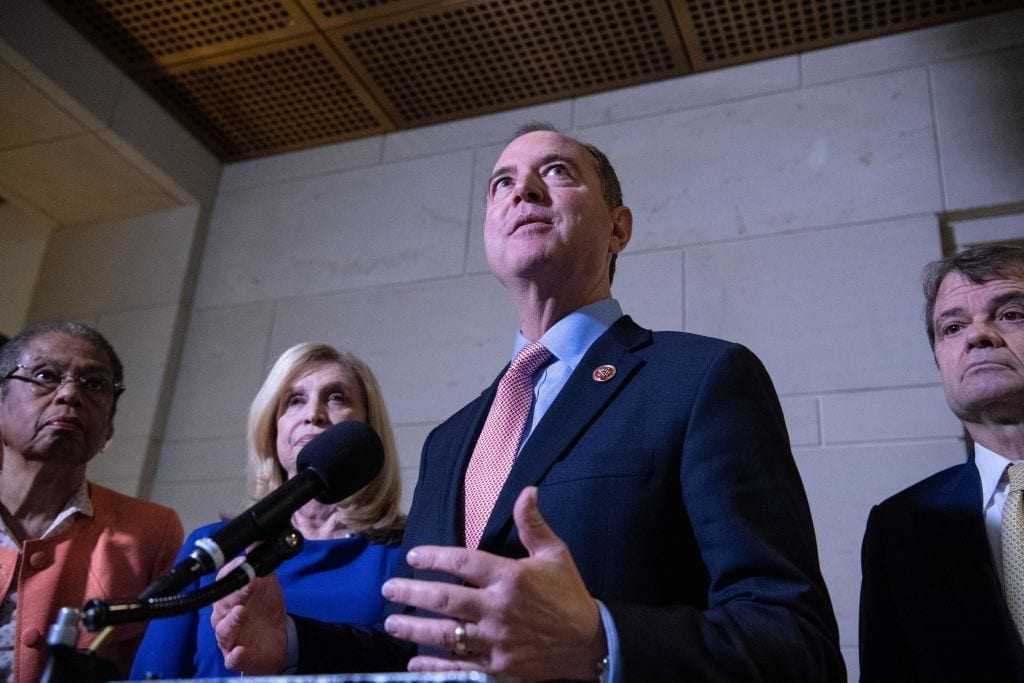 The leader of the impeachment coup of President Trump, Rep. Adam Schiff, sits on a throne of lies. All the power that Democrats and the media have granted him are based on deceptions, “parodies,” and outright lies that Rep. Schiff has been selling over the last three years.

Rep. Schiff refuses to accept the reality that the American people elected Donald Trump as their 45th president. Living in his cocoon in Washington D.C. and California has allowed for Rep. Schiff to dismiss facts and live in a world where opinions and hearsay are repeated in a media echo chamber until they are reported as reality.

When the FISA report is released, and the President’s lawyers and Republican lawmakers can cross-examine Schiff’s witnesses, his throne of lies will disintegrate leaving him powerless and humiliated.

Just some of the lies that Rep. Schiff has built his throne of power on include three years of telling the American people that he had the evidence to prove that President Trump and his campaign colluded with Russia. This was a lie. During a March 2017 hearing with disgraced former FBI director James Comey, Rep. Schiff read discredited facts from the anti-Trump Russian Dossier.

The facts he cited were lies.

All of this was a lie.

Rep Schiff’s committee repeatedly leaked misleading or false information to the media outlets during the Russia probe. Some of these leaks caused media outlets to call for the arrest of Donald Trump Jr., and the media outlets had to apologize for repeating lies after the truth came out. Rep. Schiff read the American people a fake transcript of President Trump’s call with the president of Ukraine, which he later excused as a parody and not a lie.

Rep. Schiff should step aside from his position due to his inability to tell the truth, and because he could now be called as a witness by the Republicans, or the President’s lawyers. He should also probably seek a counselor’s help to see if he can cure his pathological lying that most definitely has roots in his addiction for hating President Trump.

In this article:Adam Schiff, impeachment