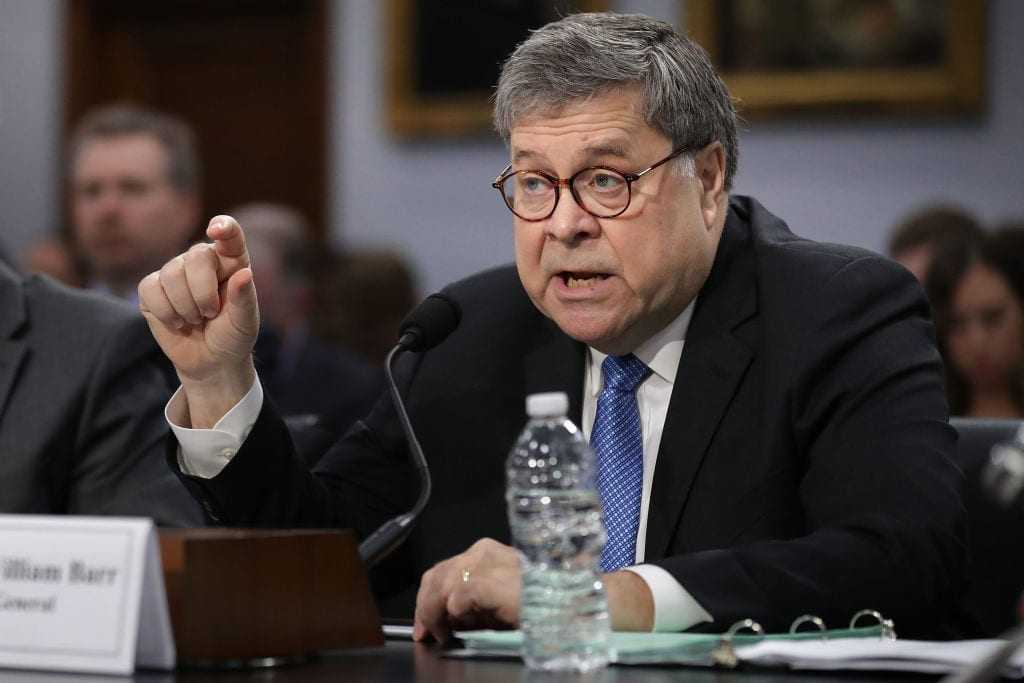 [otw_shortcode_dropcap label=”T” font=”Ultra” background_color_class=”otw-no-background” size=”large” border_color_class=”otw-no-border-color”][/otw_shortcode_dropcap]oward the end of his life, the legendary criminal defense attorney Clarence Darrow gazed back on his long career and sadly observed to a reporter: “There is no such thing as justice – in or out of court.”

Darrow knew through experience that, all too often, prosecutors are willing to abandon their ethical duty that requires them to see that justice is done. Instead, emboldened by their immense powers and unlimited resources, they become consumed by a zeal to win, sometimes at any cost.

Fairness and justice become secondary to the goal of gaining a conviction and a harsh penalty. The law, Darrow concluded, had evolved into a “horrible business.”

Darrow was likely right. His thesis can be seen in the unduly harsh punishment of Donald Trump’s former adviser Roger Stone that was sought by trial prosecutors, compounded by the irrational demand of more than 2,000 former Justice Department employees that Attorney General William Barr resign for attempting to insert reasonableness into the process.

Stone was found guilty by a Washington jury of making false statements, obstruction and witness tampering in a case that arose from former Special Counsel Robert Mueller’s Russia investigation. The four trial prosecutors, two of whom worked for Mueller, requested a seven- to nine-year prison sentence for Stone.

Barr and other senior Justice Department officials felt the recommended sentence was “excessive” under the facts and circumstances of the case. In an interview with ABC News, Barr explained that “when people are working on one case, and devoting a lot to it, they can sometimes lose perspective.”

After consulting with senior lawyers at the Justice Department, Barr was under the impression that the trial prosecutors would back off their draconian recommendation. Instead, according to Barr, he expected the prosecutors would “let the judge decide and explain why a lower sentence could be justified.” Obviously, this did not happen.

Barr called it a “miscommunication.” When he learned that the line prosecutors had advocated to the judge a seven- to nine-year sentence, Barr notified his staff that corrective action would need to be taken the following morning “to amend and clarify what our position was.”

Importantly, this decision was made before President Trump tweeted a criticism of the sentencing recommendation as “horrible, unfair and a miscarriage of justice.”

The following exchange with ABC News removes all doubt about political interference by the president.

ABC News: So just to be clear, did you talk to the president at all about your decision regarding the recommendations?

Barr: The recommendations on this case? Never.

ABC News: Anybody from the White House call you to try to influence you?

Barr: No. Nope. I have not discussed the Roger Stone case at the White House.

ABC News: At all?

While Darrow’s cynical view of overzealous prosecutors was surely a product of the many injustices he witnessed as a defense attorney, Barr is still a practicing idealist.

The attorney general refused to allow an injustice to occur on his watch. “I came to the view as my colleagues did that I wouldn’t support affirmatively advocating what I thought was an excessive sentence,” Barr said.

There is no evidence that President Trump or anyone in the White House had any involvement in Barr’s decision to revise the sentencing recommendation in the Stone case to a more reasonable and appropriate level. But that did not stop the more than 2,000 former Justice Department staff members from signing an online petition urging the attorney general to resign.

Did any of them bother to consult the facts or Barr’s explanation of what happened before they demanded that he be banished from the Justice Department? Did any of them consider that, by any reasonable standard, the trial prosecutors were wrong in seeking an extreme sentence or that the attorney general was attempting to dispense justice fairly and equitably? Apparently not.

As law professor Jonathan Turley pointed out: “The critics have shown the very same disregard for the facts, the merits, and the process that they ascribe to Barr.” Indeed, they have.

Before passing judgment, shouldn’t these former Justice Department officials have withheld their condemnation until the attorney general offers his testimony on the matter before the House Judiciary Committee in March?

This would be prudent, notwithstanding the fact that Judiciary Committee Chairman Jerrold Nadler, D-N.Y., has already prejudged Barr by accusing him of “the misuse of our criminal justice system for political purposes.”

Even more baffling, if not injudicious, is the move by the Federal Judges Association, which has reportedly called an emergency meeting to discuss the Justice Department’s intervention in the Stone case. Apparently these judges intend to disregard the same admonition they give to jurors that they must wait until all of the evidence is presented before reaching a conclusion.

This brings us to Tuesday’s decision by U.S. District Court Judge Amy Berman Jackson who presided over the Stone trial. She has decided to proceed with the sentencing of the defendant on Thursday, despite compelling new evidence that the jury foreperson harbored extreme anti-Trump opinions which she may have concealed from the court during jury selection.

Jackson, an Obama appointee, expressed reluctance to hold a hearing to inquire about juror misconduct, although she said: “I may decide to do it in an abundance of caution.” Fundamental fairness, not caution, demands that she hold such a hearing. Jackson’s failure to recognize this bodes poorly for Stone.

As I detailed in my recent column, there is ample evidence that the foreperson, Tomeka Hart (who is also a lawyer), is a Democratic activist who has communicated a string of social media posts critical of Trump and actively engaged in protests against him.

Before Hart was picked as a juror, she made specific comments about the Stone case, praised the Mueller investigation, and suggested that the president and his supporters (such as Stone) were racists.

At one point, Hart referred to Trump with a hashtag of “klanpresident.” When questioned during jury selection, Hart disclosed only her ties to the Democratic Party. It seems that she conveniently omitted her incendiary accusations of racism that would almost certainly have disqualified her from serving due to bias.

In America, we expect jurors to be fair and impartial. Hart’s record demonstrates an acute prejudice against the defendant by virtue of his close association with President Trump.

Hart should never have been permitted to sit in judgment of the case, much less to serve as the foreperson of the jury, who may have guided the convictions.

Stone deserves a new trial. If Judge Jackson doesn’t recognize the obvious, then Clarence Darrow will again be proven correct when he concluded: “There is no such thing as justice – in or out of the court.”