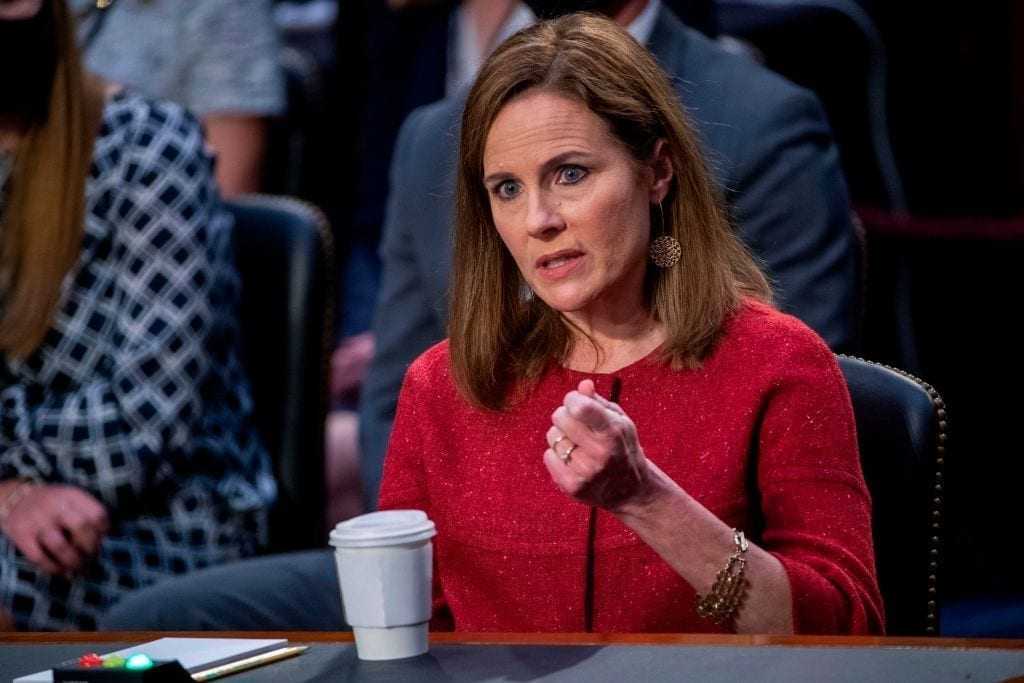 With the second day of confirmation hearings before the Senate in full-swing, Supreme Court nominee Amy Coney Barrett has been berated with questions from the Senate Judiciary Committee.

When asked by Senate Judiciary Committee Chairman Lindsey Graham (R-SC) how she would handle a case where a state tried to outlaw same-sex marriage, Barrett shot down the likelihood of marriage equality being overturned.

“If [a state] outlawed same-sex marriage, there would have to be a case challenging it. And for the Supreme Court to take it up, you’d have to have lower courts going along and say, ‘We’re going to flout Obergebell,’” the Supreme Court nominee explained, referencing Obergefell v. Hodges, the landmark case that legalized gay marriage nationwide.

“And the most likely result would be that lower courts, who are bound by Obergeell, would shut such a lawsuit down and it wouldn’t make its way up to the Supreme Court. But if it did, it would be the same process I’ve described [for how she would address the case],” the judge continued.

Barrett is facing her first day of questioning from senators after a long day of speeches Monday.

When asked about her judicial philosophy, she responded: “In English, that means I interpret the Constitution as a law, that I interpret its text as text, and I understand it to have the meaning that it had at the time people ratified it. So that meaning doesn’t change over time, and it’s not up to me to update it or infuse my own policy views into it,” she explained in relation to being an originalist.

Graham continued to ask for a response to being labeled “female Scalia” – a reference to the late Supreme Court Justice Antonin Scalia, an originalist for whom Barrett clerked from 1998-1999, according to the New York Post.

But, Barrett was hesitant to accept the moniker.

“I would say that Justice Scalia was obviously a mentor. And as I said, when I accepted the president’s nomination, that his philosophy is mine, too. You know, he was a very eloquent defender of originalism and that was also true of textualism, which is the way that I approach statutes and the interpretations,” she said.

Many Democrats are worried that Barrett’s rulings would be too far-right, and some on social media even speculate that the nominee would support overturning Roe v. Wade and the legalization of gay marriage.

But, those concerned can now seek comfort in her words.