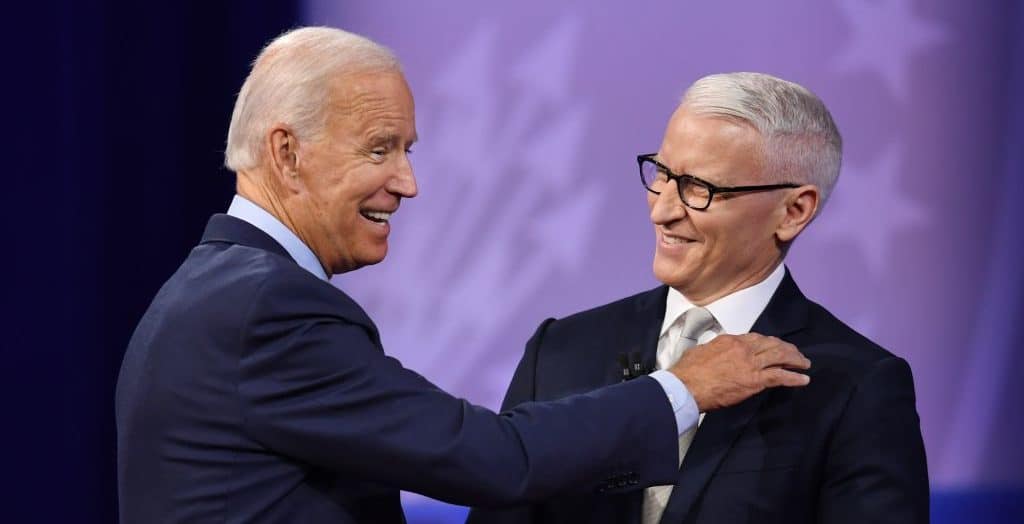 During last night’s CNN/New York Times debate CNN host, Anderson Cooper, decided that it was time to show how much he supported Vice President Joe Biden and his son Hunter. When the time came to question Vice President Biden about his son’s shady business dealings in Ukraine, Cooper decided to preface his softball question with a defense of the Vice President and his son.


“President Trump has falsely accused your son of doing something wrong while serving on a company board if Ukraine. I want to point out there’s no evidence of wrongdoing by either one of you. Having said that, on Sunday, you announced that if you’re president, no one in your family will be involved in any foreign businesses. My question is: if it’s not okay for a president’s family to be involved in foreign businesses, why was it okay for your son when you were vice president?”

Was this a decision that Mr. Cooper made on his own? Or did CNN President Jeff Zucker command him, as a new Project Veritas video suggests, to defend Vice President Biden because he is CNN’s chosen candidate?

This is just another example of the Democrats and the media working together to push a narrative that fits their agenda. In Gregg’s new book, Witch Hunt: The Story of the Greatest Mass Delusion in American Political History,  he lays out how the media and Democrats collaborated together to fabricate multiple stories to try to take down President Trump. The softball interviews and leading debate questions are merely a continuation of the media’s support for the party that they closely align with.