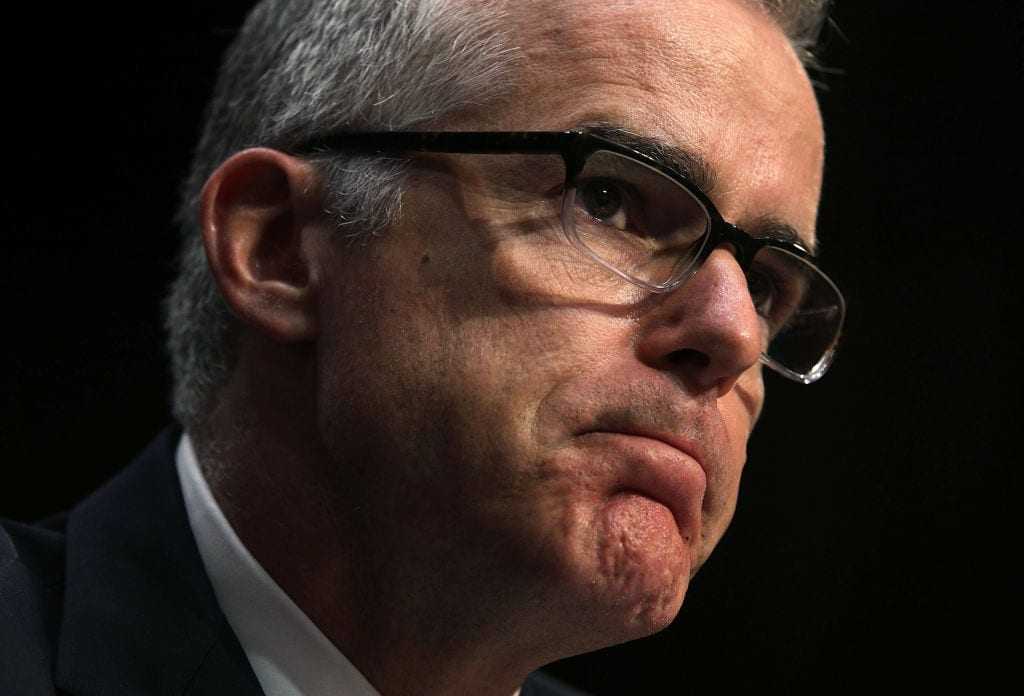 On Wednesday, disgraced former Deputy Director of the FBI Andrew McCabe admitted that he is “anxious to hear what the IG thinks” about his, and his deep state friends’, actions which launched the Russian collusion hoax investigation. At an event that took place at George Mason University, the now CNN contributor McCabe first said that he would not talk about what the FBI had verified prior to the FISA applications.

Under FISA law, the career official who is applying for the highly intrusive surveillance has to swear that to the best of their knowledge the information presented to the FISA court is truthful. McCabe tried to proactively protect himself at this event by saying, “I shouldn’t speak for everyone else, I will speak for myself — I believed accurately reflected what we knew about Mr. Steele.”

“I will not go into specificity about what the FBI verified prior to the FISA or after. And the answer to your second question is, I will wait, as I’m sure you will, eagerly to see what Mr. Horowitz’s conclusions are in that report. That’s a matter that he is, I assume at the center of his investigation. And I am anxious to see what his thoughts on it are.

As you’ve mentioned, there was an extensive and detailed explanation inserted by the Department of Justice into that FISA package that everyone involved believed accurately — I shouldn’t speak for everyone else, I will speak for myself — I believed accurately reflected what we knew about Mr. Steele. So we’re all anxious to hear what the IG thinks about that and we probably won’t have to wait too much longer.”

Anxious is a unique way to describe how he feels considering he has claimed he did no wrongdoing. If McCabe really felt as though he did nothing wrong he would probably say he was feeling excited. Anxious emits a feeling of uneasiness and possible guilt. Also, Mr. McCabe’s immediate statement that he “will not go into specificity about what the FBI verified prior to the FISA or after” is irrelevant.

We know that they knew most of the information that they were swearing to be truthful was, in fact, hearsay and rumor. We know that multiple people warned officials that Christopher Steele had a major bias against Donald Trump, and could not be trusted as a source.

If Mr. McCabe is going to claim that he was unaware of how poor of a source Mr. Steele was, then he should have never been the Deputy Director of the FBI. Mr. McCabe’s two choices are: to admit his bias and less than honorable actions or to state that he was a horrible investigator who did not know what was going on in investigations of which he was an integral part.