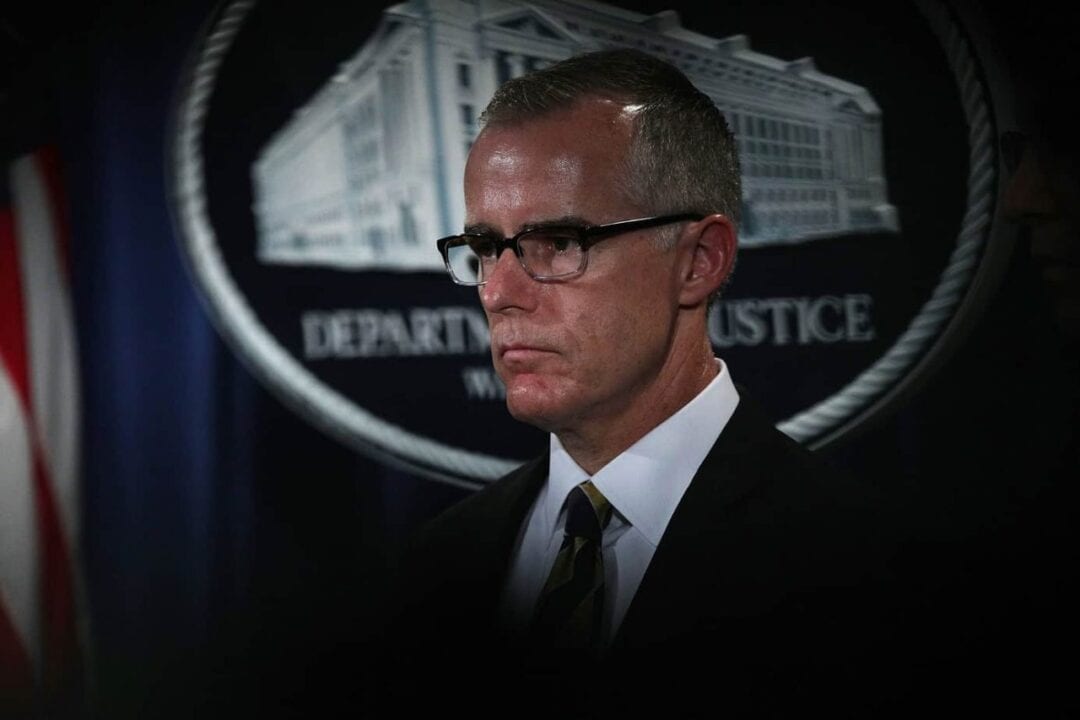 Disgraced former FBI boss Andrew McCabe sat down with Carl Bernstein this week to discuss his role in the Russia probe; admitting Christopher Steele told the FBI he was unable to “vouch” for all his dossier material.

“We knew that Steele was working a number of different sources, some of which has sub-sources, and sub-sub-sources, and he would represent that in the reporting, as any good source should. It didn’t come with his imprimatur of, ‘this is all gospel.’ It was like, ‘this is what I’m hearing,’” said McCabe.

It didn’t come with his imprimatur of, ‘this is all gospel.’ It was like, ‘this is what I’m hearing”

“Some of it he felt was pretty solid, others he made clear, like, ‘Hey, I’m getting this from one person, and I can’t vouch for this sourcing chain, and I’m just giving it to you for your information,’” he added.


Lawyers for McCabe officially asked the Department of Justice to drop its investigation into their client earlier this year; calling the probe “flawed” and a “waste of governmental resources.”

“McCabe’s attorneys, Michael Bromwich and David Schertler, on Thursday blasted the probe as a ‘waste of governmental resources.’ They also ripped the U.S. Attorney’s office in the District of Columbia for providing them with ‘no information’ in response to their requests regarding the status of the probe into their client,” reports Fox News.

“This investigation has been fatally flawed from its inception,” they said in a statement. “It has been irrevocably tainted by the President’s targeting of Mr. McCabe for prosecution. The investigation has now dragged on for more than 18 months with no resolution in sight.”

“The U.S. Attorney’s Office should close this investigation immediately and move on to fight battles more worthy of the traditions of the Department of Justice,” they said.