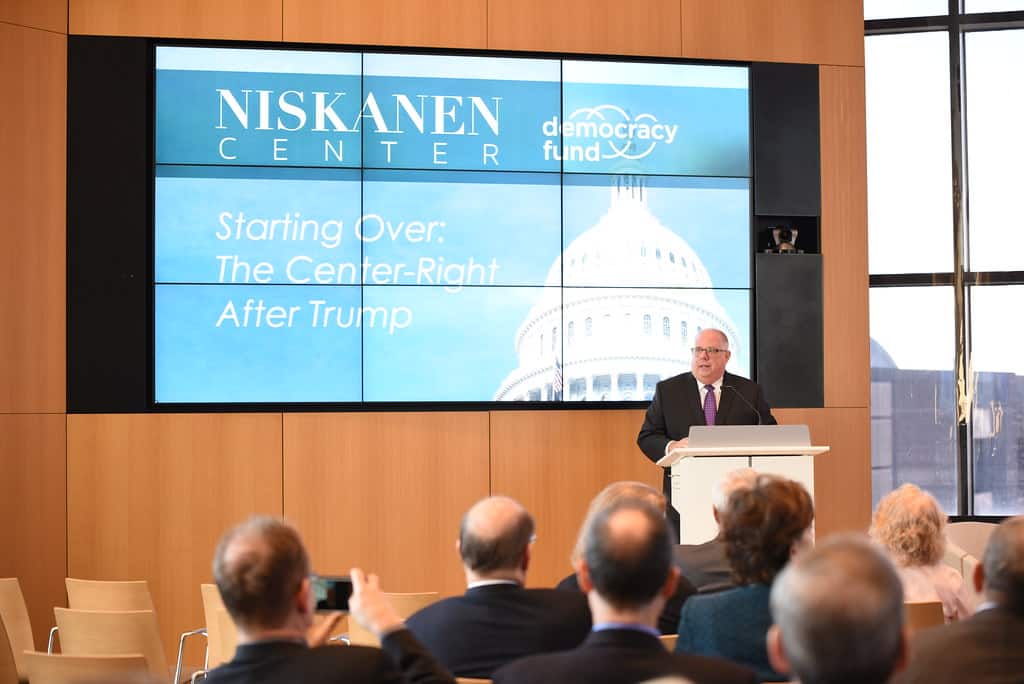 Jerry Taylor, the president of the think tank Niskanen Center based in Washington, DC was vocal about his fantasy to beat the “brains in” of a gun-owning couple, and is now facing domestic abuse charges.

Once a longtime top official of the Cato Institute, Taylor was arrested in early June on a misdemeanor charge of assault and battery of a family member in Arlington, Virginia, reports Politico.

According to documents seen by Politico, Taylor allegedly pushed his wife to the ground, began slapping her, and placed his hands around her neck all during an argument over an iPad. Court documents show he was ordered to complete an “abusers’ intervention program.”

Taylor, who has denied his wife’s allegations, resigned from the Niskanen Center on September 6th after being placed on administrative leave following the incident. Taylor was public about his violent feelings towards Mark and Patricia McCloskey, the St. Louis couple that was filmed holding guns while defending their home against violent protesters during the height of the Black Lives Matter movement in June of 2020.

“If I were in that march, and these racist lunatics were waiving guns at me, I’d like to think I’d rush them and beat their brain in” Taylor wrote on Twitter. “And I wouldn’t apologize for it for one goddamn second” he added. Taylor’s Twitter account no longer exists.

Taylor also said he was rooting for “Antifa to punch these idiots out” and called for the homeowners to be “locked up” calling them fascists.

In a statement to Politico about his wife’s allegations, Taylor said, “those events, for the most part, did not occur and I’m confident that the charges will ultimately be dismissed…I sincerely wish my wife the best as she wrestles with the issues she’s dealing with.”

In this article:Abuse, Antifa, Niskanen Center