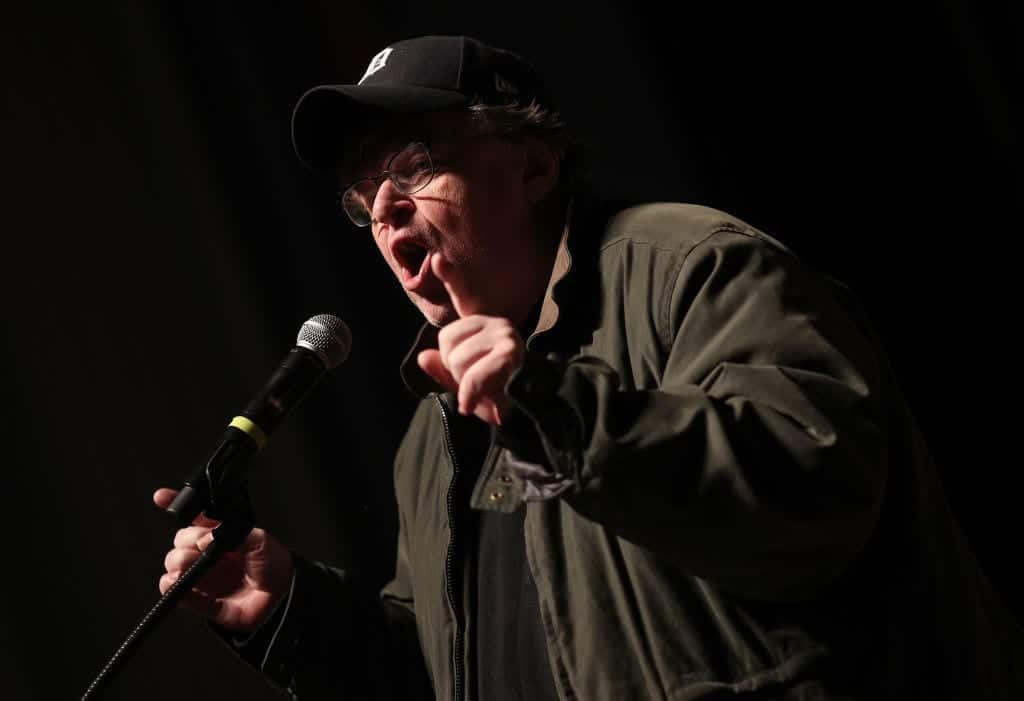 Liberal extremists Micheal Moore and Congresswoman Alexandria Ocasio-Cortez have been busy in Iowa stumping for presidential hopeful Bernie Sanders. At one appearance that appeared to be full of college students, Moore ranted against the idea that the United States is “the land of the free.”

It seems that to Moore, AOC and Bernie’s supporters there, America will only become “the land of the free” when everything is, well, free:

“You’re not free if your child is in need and you can’t leave wherever you’re at. You are not a free human being if you if you’ve gone to college for four years, and then you want to live the way you want to live; you want to get the kind of job you’d like to have or maybe you’d like to take a year or two off see the world get a Eurail pass; do something good maybe. You volunteer for a year at some organization. You can’t do that. You’ve got student loan debts that you’re gonna pay off for the next 20 30 years. We have put you 22-year-olds in a debtors prison… These young people are not free… You are not free.”

Considering that many of these same Sanders supporters support the New Green Deal, Moore’s “world travel” comment should have been met with boo’s, not applause. These supporters should be screaming at all of the Democratic candidates who have raked up immense bills traveling on private jets.

Still, the hypocrisy of this statement is not merely about the New Green Deal. The idea that unless everything is free then the United States is not the “land of the free,” is an immature and disrespectful opinion that does not show gratification to those who have sacrificed for our freedom.

The people of the United States know that we are the land of the free and the home of the brave; these words are undeniable. With Moore’s endorsement of Sanders, and Moore’s assertion that we are not free, many United States citizens are undoubtedly no longer considering supporting Senator Sanders and his campaign.