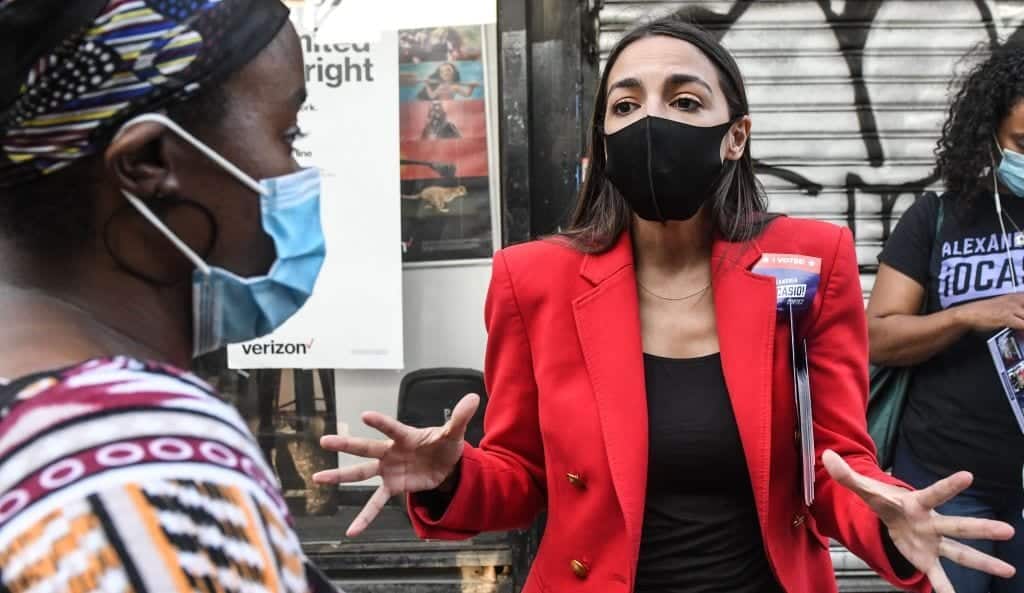 Once upon a time, progressive Democratic congresswoman Alexandria Ocasio-Cortez (D-NY) announced she was ready to “quit” politics and didn’t know if she would run for re-election. However, she has decided to go in a completely opposite direction and, instead of quitting politics herself, demands that Democratic congressional leadership quit.

In an interview with The Intercept’s podcast, Intercepted, Ocasio-Cortez stated bluntly, “I do think we need new leadership in the Democratic Party.” Primarily AOC is disappointed in her party’s career politicians for not having taken the time to invest in “real grooming of the next generation of leadership.”

“The structural shifts of power in the House…concentrate power in party leadership of both parties, frankly, but in the Democratic Party leadership to such a degree that an individual member has far less power than they did 30, 40, 50 years ago,” said Ocasio-Cortez. Huh? Regardless, AOC says the result is that “really talented members of Congress that do come along” end up leaving politics for other ventures.

Additionally, the democratic New Yorker is disappointed that “the left isn’t really making a plan” for when Pelosi leaves office. “The hesitancy that I have is that I want to make sure that if we’re pointing people in a direction, that we have a plan. And my concern – and this I acknowledge as a failing, as something that we need to sort out – is that there isn’t a plan.”

“How do we fill that vacuum? Because if you create that vacuum, there are so many nefarious forces at play to fill that vacuum with something even worse.” Ironically, that “plan” AOC desires are what is getting her party into trouble. As National Review points out, “House Democrats were disappointed this year after elections in which they expected to gain seats but ended up losing at least nine seats. Former President Obama, Clyburn, and a number of moderate Democrats blamed the embrace of the ‘defund the police’ slogan and ‘socialist’ label by the party’s progressive wing for its election losses.”

In this article:AOC, leadership, news3