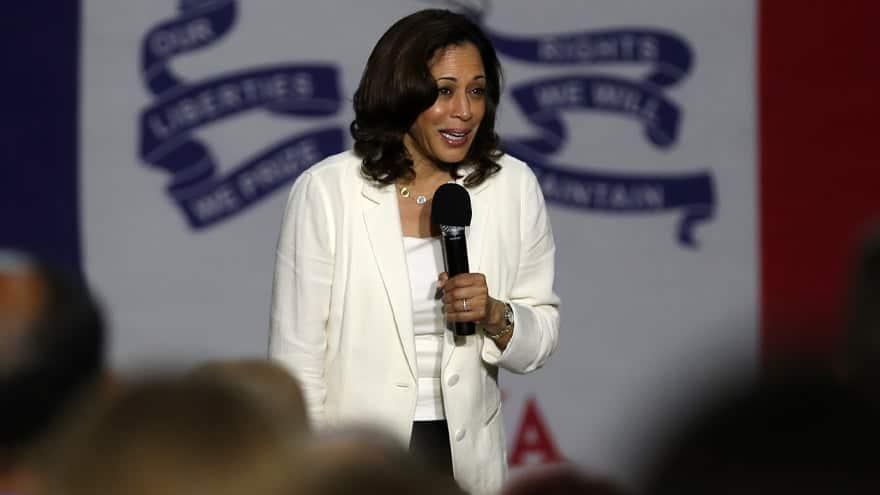 Speaking in Honduras on Thursday, Vice President Kamala Harris claimed multiple times that she was battling the “root causes” of record-breaking illegal immigration, but she said her efforts are not going to have any impact “overnight.”

“The root causes strategy has always been clear and we have been clear. The work we need to do is going to be work that will manifest over a long period of time. Hopefully not too long, but certainly not overnight,” Harris said. “The problems that we need to address are problems that did not occur overnight and the solutions if they’re going to have any impact will not occur overnight.”

As noted by The New York Post, “The number of illegal border-crossing arrests surged since Harris took on the role. In fiscal 2021, which ended in September, there were more than 1.7 million arrests at the border — the most since at least 1986.”

Almost immediately after Democrat President Joe Biden took office, the border crisis began as illegal immigration surged. The crisis was fueled by Biden’s policies, including restrictions placed on Immigration and Customs Enforcement that reportedly caused the agency to be “functionally abolished.”

The Washington Post reported, “ICE under President Biden is an agency on probation. The new administration has rejected calls from some Democrats to eliminate the agency entirely, but Biden has placed ICE deportation officers on a leash so tight that some say their work is being functionally abolished.”

According to a December 2021 report from the Center for Immigration Studies, deportations of illegal immigrants dropped by 90% under Biden – further incentivizing illegal immigration.

“Immigration enforcement, as measured by the number of aliens removed from the country, has collapsed to the lowest level since the mid-1990s, according to ICE deportation records the Center has obtained. Under policies imposed by the Biden administration, removals dropped by 80 percent since last year’s low point during the pandemic lockdown, and by 90 percent since 2019, the last normal year for ICE operations,” Jessica Vaughan, director of policy studies at the Center for Immigration Studies, said in the report.

The report explained, “Under Biden Policies, ICE Removals Have Plummeted to a Fraction of Normal Levels. On his first day of office (January 20, 2021), President Biden issued a directive halting virtually all deportations for 100 days and greatly restricting immigration enforcement activity. Following a lawsuit by Texas asserting grave fiscal and public safety harm to its citizens from a near-suspension of federal immigration enforcement, within two weeks federal judge Drew Tipton halted the deportation freeze and later enjoined it indefinitely pending further legal action.”

In this article:featured, Kamala Harris