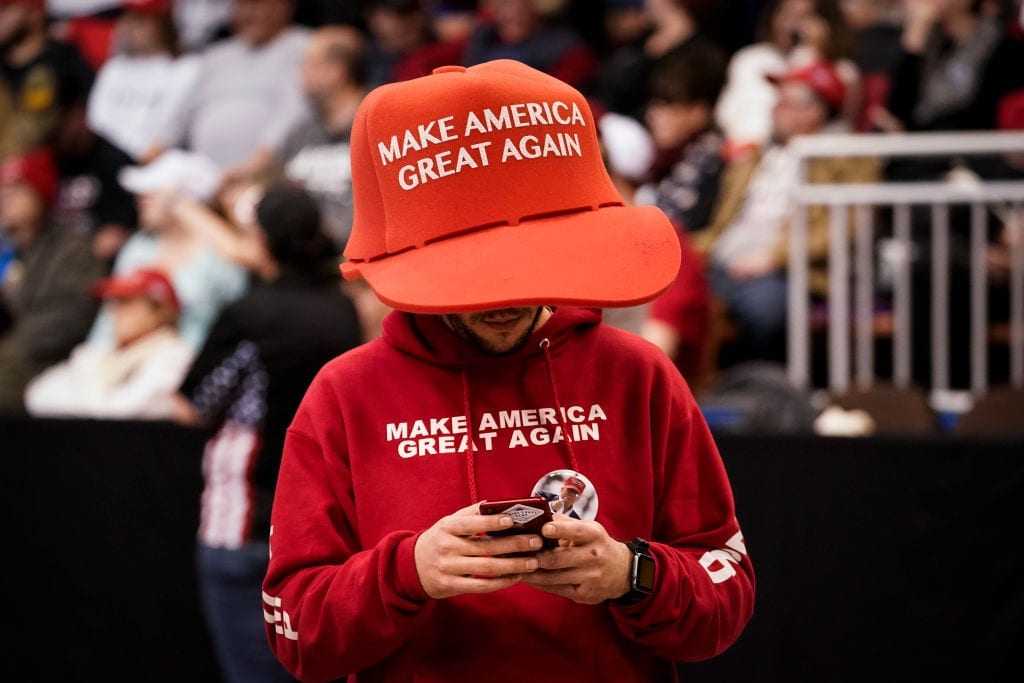 Imitation is the sincerest form of flattery. For Team Trump and MAGA Hat wearers, this particularly flattering occurrence is extra sweet. Imitating the “Make America Great Again” red hats that have become an iconic symbol of President Trump and his presidency, Democrats attempted to turn the popular notion into their own brand and failed miserably.

Complementing the tweet were photographs of the blue hat, worn by some young millennials. The tweet also stated, “Get your BIDEN ‘BLUE’ MAGA HAT now. Biden ‘Made America Great Already’ because he is sending Trump to prison. Hats are on Amazon.”

The Daily Caller reports that the blue hats, sold on Amazon for $14.99 “have been sold since 2019 according to the product reviews. However, the hats were reportedly initially sold to support veterans and military service members, as well as to remind people that America was great before Trump became president.”

Unfortunately for the “Biden Blue” supporters, the hats were a flop, never to become a staple such as the red MAGA hats. Responses on Twitter have been entertaining, primarily giving liberals another excuse to act holier than thou. “I voted for Biden but I’d never walk around with a hat on saying I voted for Biden. That’s a Trumper thing. I don’t want to be like Trumpers in any way” commented one follower. An interesting statement considering liberals love a good protest, rally, riot, and whatever else they can do to make it unambiguously clear what they stand for.