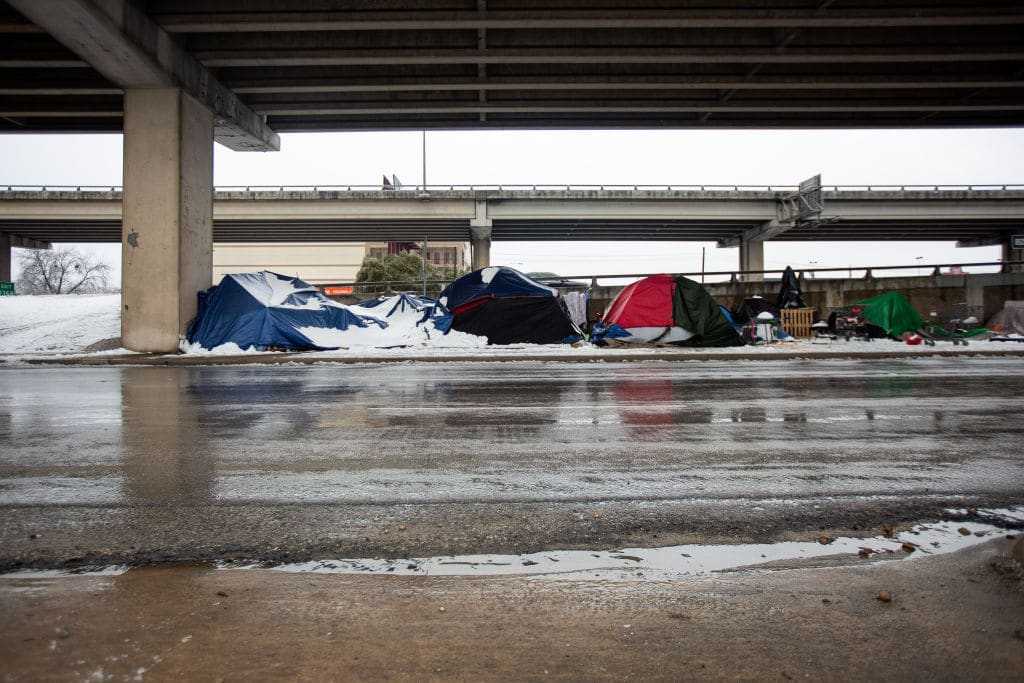 Homeless camps sit along the I-35 frontage road in Austin, Texas

Sorry liberals, you haven’t yet turned Austin, Texas to the dark side. That’s right, the Lonestar state city has no desire to become like New York City or San Francisco and has approved a proposition that targets homelessness.

“On Saturday, in a vote that was nowhere near as close as had been predicted, the voters of Austin, Texas, approved Proposition B, which prohibits public camping in an effort to combat the city’s homeless problem” reports Daily Wire. 57% of voters approved of the proposition, while 42% opposed it.

In 2019, Austin’s mayor and city council removed laws banning “camping” in parks and on sidewalks, highways, and trails. Then-Mayor Greg Casar said “I know that changing these ordinances will be unpopular with some people. I’m not trying to downplay the challenges that we’re going to face, but we can take on those challenges in a better way.”

Save Austin Now, a political action committee behind reinstating the bans, states on its website that the City’s deregulation of all public camping and aggressive panhandling has resulted in crime skyrocketing 43%. Additionally, “we’re on track for more murders this year than in the last 3 years combined. Lawlessness is not helping the homeless and it’s not helping Austin.”

Save Austin Now’s co-founder Matt Mackowiak said of the approval, “Tonight is a clear message the city of Austin sent to City Hall that we’re not going to put up with insane policies that make life worse. The mayor, Greg Cesar and a number of other members of the City Council decided to double down on a policy that was clearly failing.”

Mackowiak was referring to Austin’s Democratic mayor and the City Council which consists of 10 Democrats and one Republican. Proving once again that Texas has a mind of its own, reinstating the ban went against the wishes of prominent liberals and ice cream makers Ben & Jerry’s.

The leftist company, headquartered very far from Austin in Vermont, wrote on Twitter: “we’ll never police our way out of the homelessness crisis, and Prop B would take Austin backward. Vote NO!”

In this article:Austin, homeless, news3, Texas