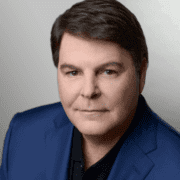 Gregg Jarrett
Gregg Jarrett is a Fox News legal analyst and commentator, and formerly worked as a defense attorney and adjunct law professor. He is the author of the No. 1 New York Times best-selling book “The Russia Hoax: The Illicit Scheme to Clear Hillary Clinton and Frame Donald Trump.” During his tenure, Jarrett has provided coverage on top new stories including the 2013 murder trial of George Zimmerman and the crash of Asiana Flight 214 at the San Francisco Airport (SFO). He has also reported on a variety of stories, including the deadly EF5 tornado in Moore, OK, the resignation of Pope Benedict XVI and the inauguration of Pope Francis, Superstorm Sandy and the Deepwater Horizon oil spill. Additionally, Jarrett contributed to the network's coverage of the 2004, 2008 and 2012 presidential elections. Prior to joining FNC, Jarrett served as an anchor and correspondent for MSNBC, where he covered the Israeli/Palestinian conflict, the terrorist attacks on 9/11 and the 2000 presidential election from Tallahassee, FL. He also served as an anchor at Court TV for nine years. Jarrett began his television career as an anchor and producer at KCSM-TV (PBS) in San Francisco, CA and then went on to work as an anchor and reporter for WMDT-TV (ABC 9) in Salisbury, MD, KSNW-TV (NBC 3) in Wichita, KS and the independently-owned WKFT-TV in Raleigh, NC. Jarrett graduated magna cum laude from Claremont Men's College in 1977 with a B.A. in political science and earned his J.D. from the University of California, Hastings Collegeof the Law.

For Hillary Clinton, inventing the lie was easy. Spreading the lie was even easier. For President Trump, uncovering the truth has been hard. ...
By Gregg JarrettOctober 8, 202018

It didn’t take long for the haters to spew their hatred.  Immediately after the news broke that President Trump and his wife tested ...
By Gregg JarrettOctober 6, 20200

Newly declassified documents show how Russia managed to play these “Three Stooges” for the fools are… by feeding them ludicrous disinformation against Donald ...
By Gregg JarrettSeptember 29, 20205