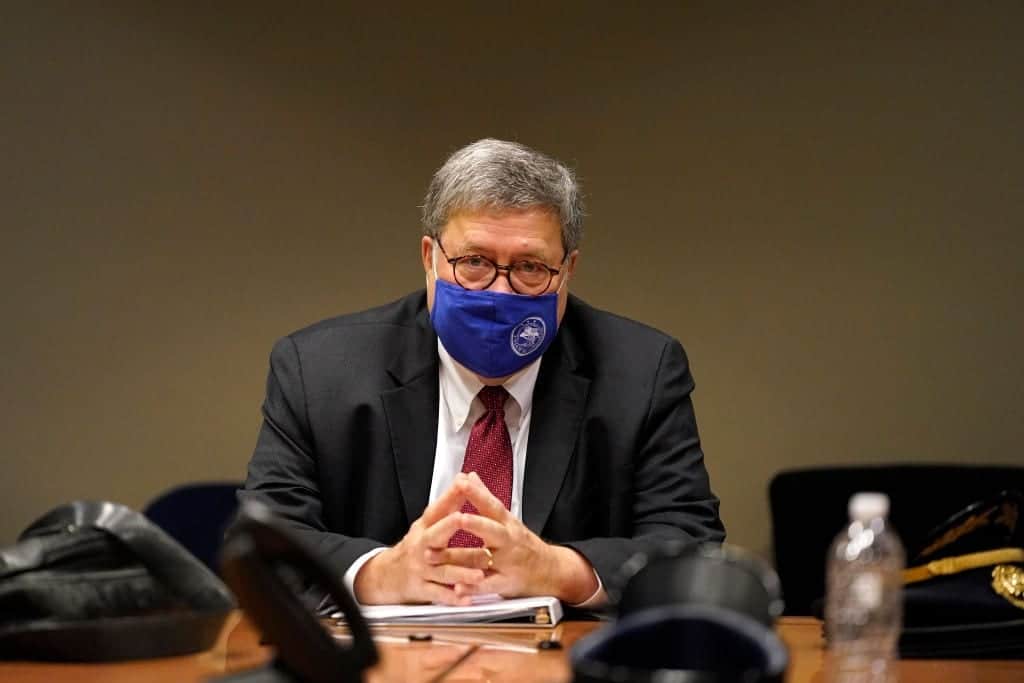 In an interview Tuesday, Attorney General William Barr revealed that he has given extra protection to U.S. attorney John Durham – who he appointed as a special counsel- allowing him to continue his investigation into the origins of the Trump-Russia probe without easily being fired.

Barr said that he appointed U.S. Attorney John Durham as a special counsel in October under the same federal statute that governed special counsel Robert Mueller in the original Russia probe. Under these regulations, a special counsel can be fired only by the attorney general and for specific reasons such as misconduct, dereliction of duty or conflict of interest, according to the Associated Press.

In a letter to lawmakers on Tuesday, Barr said he expected Durham to conclude his investigation by this summer, but because of the coronavirus pandemic he was unable to do so.

“In advance of the presidential election, I decided to appoint Mr. Durham as a Special Counsel to provide him and his team with the assurance that they could complete their work without regard to the outcome of the election,” Barr wrote.

Barr’s order says that Durham is authorized to investigate whether “any federal official, employee, or any other person or entity violated the law in connection with the intelligence, counter-intelligence, or law-enforcement activities directed at the 2016 campaigns, individuals associated with those campaigns, and individuals associated with the administration of President Donald J. Trump.”

The order states that the investigation may include any activities that took place as part of the FBI’s Hurricane Crossfire investigation, as well as during the Mueller probe.

The current investigation began with a more broad focus, but has since “narrowed considerably” and now “really is focused on the activities of the Crossfire Hurricane investigation within the FBI,” Barr said in the interview.

Thus far, the probe has led to criminal charges against former FBI lawyer Kevin Clinesmith, who pleaded guilty on August 19 to altering an email from the CIA about Carter Page’s relationship with the spy agency.

Bar has said in previous interviews that Durham has uncovered “troubling” evidence of FBI misconduct related to the Trump investigation.