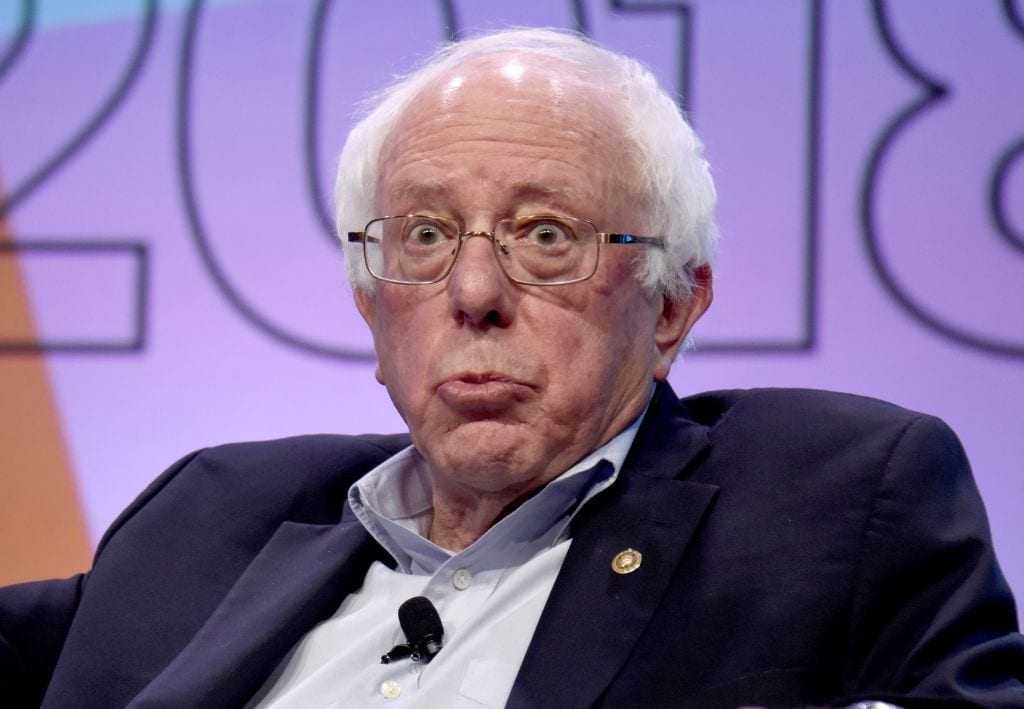 Americans may all be even happier progressive liberal Bernie Sanders did not win the presidential nomination, nor become President of the United States after alluding to a need for the United States to show some empathy towards Russia.

“I only ask my friend from Illinois to put himself into the mindset of Russians” said Sanders, speaking to Senator Dick Durbin, a Democrat from Illinois. Arguments were being held on how the U.S. should deal with Russia and Ukraine.

Russia is protecting its interests in their part of the world, similar to how the United States protects its interests in the West, Sanders suggested. As examples, he mentioned that under the Monroe Doctrine, the U.S. overthrew Latin American and Caribbean governments “to protect our so-called interests.”

He asked if the U.S. has a right to do this, “there would be an uproar in this chamber perhaps from you and me as well if Mexico, an independent nation, decided to form a military alliance with China or Russia.”

Durbin didn’t buy it. “I don’t understand this theory of yours that somehow Vladimir Putin is entitled to a sphere of influence or control,” said Durbin. “That, to me, is unacceptable and inconsistent with the notion of Ukrainian sovereignty.”

“There is a way that he can find a more peaceful situation in the world,” Durbin continued, “and it’s if he’ll stop being a thug and stop sending his troops to borders of countries.”

“Should we not put ourselves a little bit in Russia’s position in understanding that if we consider Latin America, Central America, the Caribbean within our sphere of influence – the right to intervene – that Russia itself might have some legitimate concerns about military forces five miles from their border?” Sanders asked.

In this article:Bernie Sanders, featured