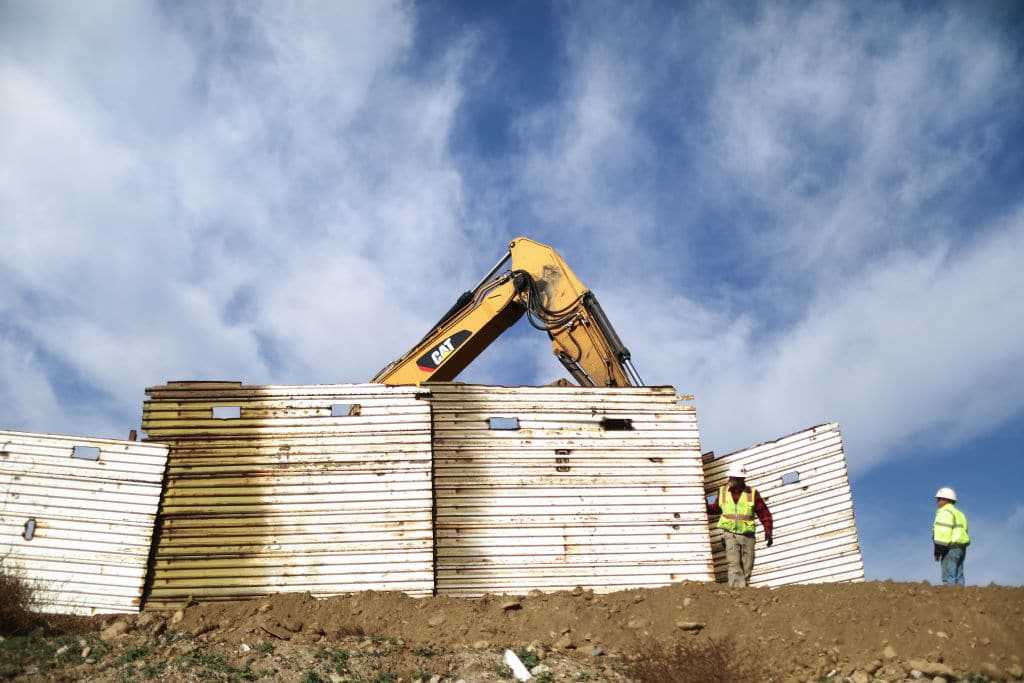 Democrat President Joe Biden’s administration announced on Friday that it is canceling multiple contracts to build a wall along the U.S.-Mexico border as U.S. Border Patrol braces for a record surge in illegal immigration in October.

“CBP will then begin environmental planning and actions consistent with the National Environmental Policy Act (NEPA) for previously planned border barrier system projects located within the Rio Grande Valley, Laredo, and El Centro Sectors…” they continued. “These activities will not involve any construction of new border barrier or permanent land acquisition.”

“The Administration continues to call on Congress to cancel remaining border wall funding and instead fund smarter border security measures, like border technology and modernization of land ports of entry, that are proven to be more effective at improving safety and security at the border,” they added without referencing any evidence these methods are more effective. “Until and unless Congress cancels those funds, the law requires DHS to use the funds consistent with their appropriated purpose, and beginning environmental planning activities is part of the Department’s plan to do so.”

“We were investing in technology systems that use artificial intelligence to help us with that as well,” Scott said. “All that has been shut down. And all effort has been refocused on expediting the processing speed of the massive amounts of illegal aliens that are coming into the country today. That should matter because if I can’t tell you who crosses through an Nogales, or a McAllen or a San Diego, they are going to end up in your community.”

In this article:Border wall, Joe Biden