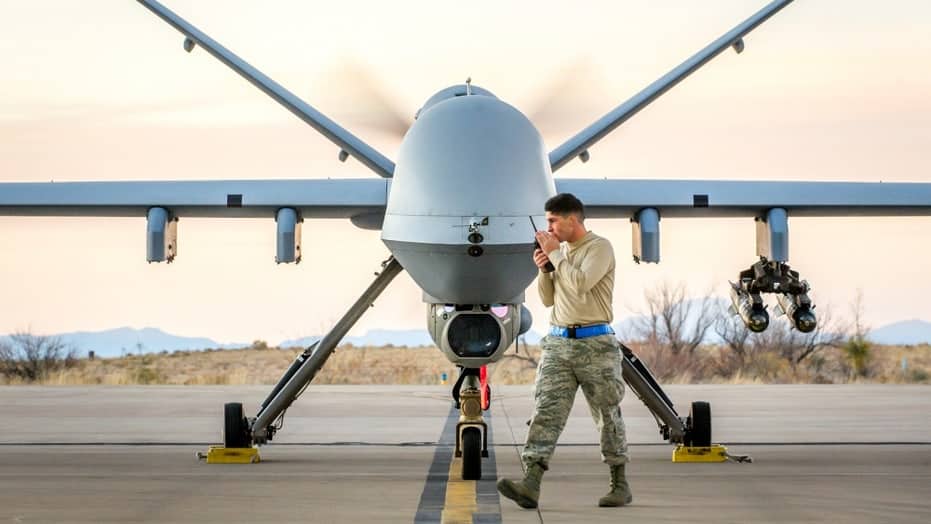 President Biden authorized a drone strike that killed one ISIS-K terrorist on Friday in response to the bombing of the Kabul airport that killed 13 U.S. service members.

“U.S. military forces conducted an over-the-horizon counterterrorism operation today against an ISIS-K planner,” Capt. Bill Urban, a spokesman for U.S. Central Command, said in a statement. “The unmanned airstrike occurred in the Nangarhar Province of Afghanistan. Initial indications are that we killed the target. We know of no civilian casualties.”

ISIS-K claimed responsibility for the suicide bombing of the Kabul airport in Afghanistan on Thursday, which killed over 200 people and 13 US service members.  The attack was the deadliest on US troops since 2011.

The drone strike is an apparent fulfillment of Biden’s promise to make ISIS-K “pay.”

Biden said Thursday, “To those who carried out this attack, as well as anyone who wishes America harm, know this: We will not forgive.  We will not forget.  We will hunt you down and make you pay.  I will defend our interests and our people with every measure at my command.”

NBC News reported, “Two U.S. defense officials familiar with the strike told NBC News that the target of tonight’s drone strike was an ISIS-K fighter thought to be involved in planning for future attacks. The strike was in Nangarhar Province in eastern Afghanistan, where ISIS-K had a large presence several years ago before being largely ousted by the Afghan military and the Taliban.”

“The unnamed ISIS-K planner was riding in a vehicle with one associate at the time of the strike, was driving in an isolated area. The defense officials said the strike was carried out by an MQ-9 Reaper drone and munitions that were selected for precision and in order to minimize any civilian casualties,” the outlet added.

In this article:Afghanistan, Biden, drone