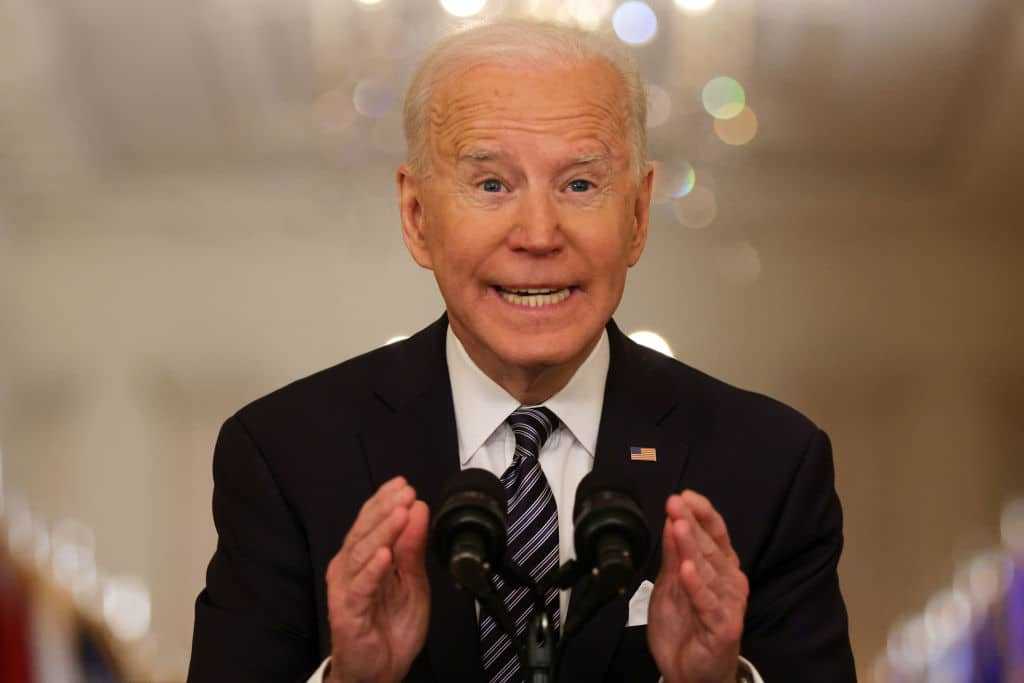 The Biden administration told Americans trapped in Afghanistan to travel to Kabul’s Hamid Karzai International Airport but warned that it cannot guarantee their safety.

Upwards of 10,000 American citizens are trapped in Afghanistan, according to Pentagon Press Secretary John Kirby. In a message to the trapped Americans, the Biden administration wrote, “Thank you for registering your request to be evacuated from Afghanistan. The U.S. Embassy in Afghanistan has confirmed that an undefined number of U.S. government-provided flights will begin soon. Please make your way to Hamid Karzai International Airport at this time.”

“PLEASE BE ADVISED THAT THE UNITED STATES GOVERNMENT CANNOT GUARANTEE YOUR SECURITY AS YOU MAKE THIS TRIP,” the message added.

The below note went out this afternoon to American citizens requesting to be evacuated from Afghanistan, @alanacbs reports. It instructs people to come to Hamid Karzai Intl Airport in Kabul, but says the US govt cannot guarantee their safety as they make the trip. @CBSNews pic.twitter.com/rgEyjGup4K

The message comes amid reports that people traveling to the Kabul airport for evacuation have been beaten and turned back by the Taliban. The Wall Street Journal reported, “as of Tuesday afternoon many thousands of Afghans who had been employed by Western embassies and nongovernment organizations in Kabul remained stranded and unable to reach Hamid Karzai International Airport for evacuation flights as the Taliban erected checkpoints at airport entrances, whipping and beating Afghans who attempted to cross.”

According to a spokesperson for the U.S. State Department, “The US message to Americans in Afghanistan right now is to shelter in place until they get communications from the US embassy which tell them when they should come to the airport and where exactly to go.”

In this article:Afghanistan, Joe Biden, Taliban