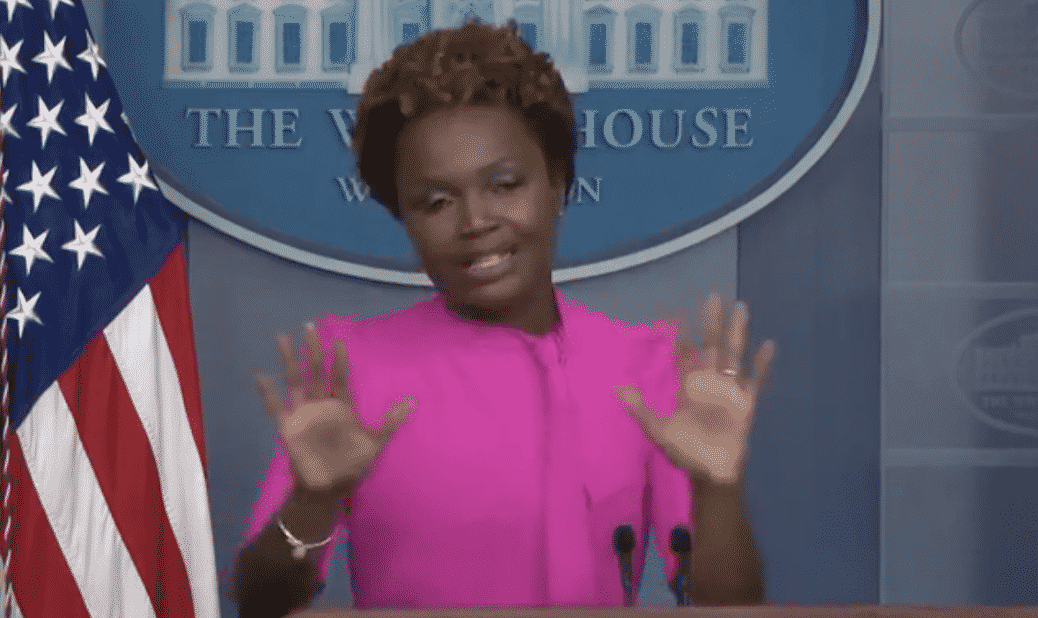 During Thursday’s White House press briefing, Principal Deputy Press Secretary Karine Jean-Pierre said that if the CDC recommended lockdowns or school closures, then the Biden administration would “follow their guidance.”

“President Biden says that we are not returning to lockdowns, shutdowns, and school closures, but he also once said that we didn’t have to wear masks anymore once we were vaccinated,” Fox News reporter Peter Doocy said. “So why should Americans trust him now?”


“Well, because we listen to the scientists, we listened to the expert[s],” Jean-Pierre said. “This is a public health situation. This is not about politics at all. This is about saving lives. And this is what the president is all about. He wants to make sure that we are saving lives. If you look at … the last six months, that’s what he’s done, every day. And you see that in the numbers. Now we’re at a point where we have to double down and make it very, very clear to people that we can’t, we can’t let the pandemic win, we have to continue to fight.”

BREAKING: The Biden administration indicates they are open to returning to lockdowns. pic.twitter.com/lcj66Fggkz

If the Biden administration were to push for lockdowns again, it is not clear that would actually be listening to the science.  A recent study from the National Bureau of Economic Research “failed to find that countries or U.S. states that implemented [shelter-in-place (SIP)] policies earlier, and in which SIP policies had longer to operate, had lower excess deaths than countries/U.S. states that were slower to implement SIP policies. We also failed to observe differences in excess death trends before and after the implementation of SIP policies based on pre-SIP COVID-19 death rates.”  Another study by University of Chicago economist Casey Mulligan had similar findings, “workers have been 4-5 times less safe outside their workplace than inside it. While stay-at-home continues to be pushed as promoting public health, nobody is checking the data which say the opposite.”

In this article:CDC, Joe Biden, lockdown