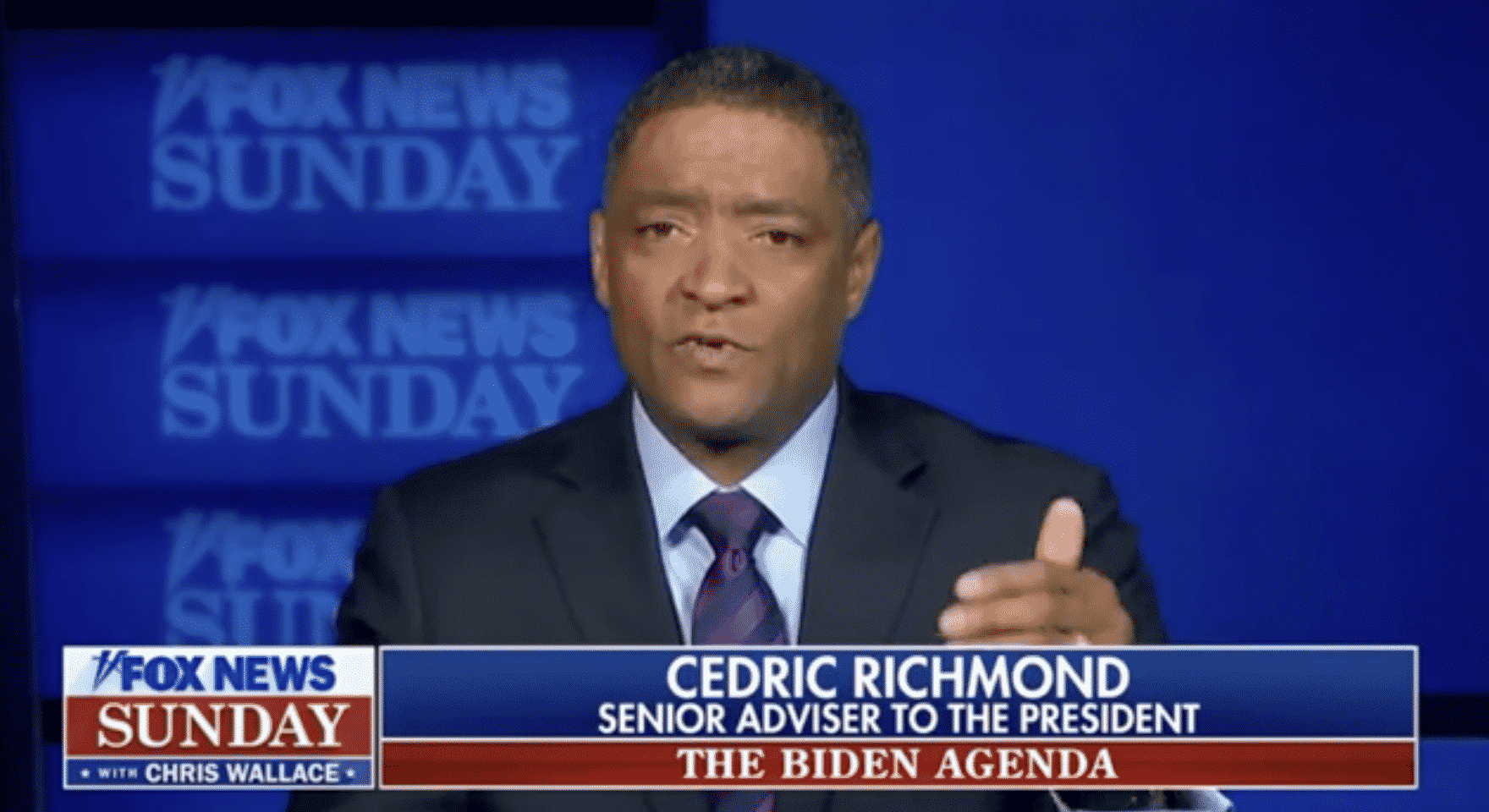 Appearing on Fox News Sunday with Bill Hemmer, Biden’s senior advisor Cedric Richmond insisted that the White House has nothing to do with how much illegal immigrants will be compensated, and argues that questioning whether or not these payments are “incentives” is “insensitive “and “disrespectful”. However, when Hemmer asked about the compensation for Gold Star families, Richmond appeared to be the one who was “insensitive” and “disrespectful”.

Hemmer asked, “But just back to this amount of $450,000. That would be about four times the amount that we afford Gold Star families.”

Richmond claims that if the Department of Justice finds it fitting to give more money to illegal immigrants than to our Gold Star families, so be it. Richmond’s response to Hemmer’s question was, “We don’t talk dollar amounts. That is the Department of Justice.” He says this arguing the point that migrants crossing the border are losing children. Would he have said this in response if the compensation amounts were reversed? They seem to have more empathy for those who cross the border illegally than for those who have lost a loved one defending our country and freedom.

President Biden continues to confuse Americans on the topic of immigration and the border crisis.

On Saturday, Biden said, “If, in fact, because of the outrageous behavior of the last administration, you coming across the border, whether it’s legal or illegal, and you lost your child – you lost her child, he’s gone, you deserve some kind of compensation no matter what the circumstance.”

After Fox News White House Correspondent Peter Doocy asked the controversial question of whether or not this compensation would “incentivize more people to come over illegally,” Biden claimed that the report was “garbage.” Hemmer shared that, just after Biden’s comment, the ACLU said, “President Biden may not have been fully briefed about the actions of his very own Justice Department.”

Richmond claimed that President Biden is in fact “in the loop” with this matter, but should not be asked such foolish questions, particularly “from a Fox reporter”. He argues that it is “absurd” to question whether there are any illegal immigrants who will separate from a child to receive $450,000. Still, the Biden administration must be vigilant and cautious with their border control policies.

Leaving the matter in the hands of the Department of Justice, Richmond firmly asserted that “I don’t approve or justify what the DOJ does. If the DOJ determines that it saves the taxpayers’ money and it rights a wrong, then they will make the determination that is necessary. And I would assume if they make a determination, they’ll come up with what they think is an adequate dollar amount,” even if it is more than the compensation for our Gold Star families.