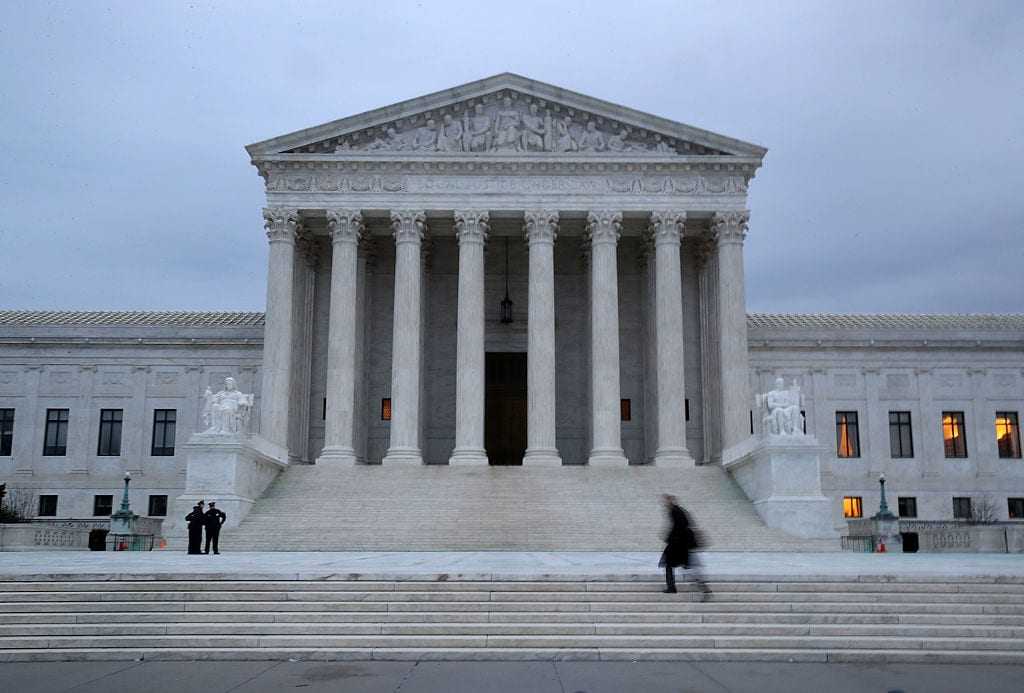 As of Wednesday, his seventh day in office, Joe Biden’s administration is creating a commission to study Supreme Court reform.

According to the Daily Caller, the new bipartisan commission will be under the purview of the White House Counsel.

Sources close to the matter say nine to 15 people are expected to be appointed, The Hill reports.

But, this doesn’t come as a surprise.

Throughout the 2020 presidential campaign, Joe Biden repetitively refused to answer whether he would pack the court, urging that he would not address the matter until at least 180 days after inauguration and after he had received informed recommendations from a bipartisan commission on changing the Supreme Court, the Daily Caller reports.

“If elected, what I will do is I’ll put together a national commission – a bipartisan commission…and I will ask them to, over 180 days, come back to me with recommendations as to how to reform the court system…it’s not about court packing,” he said in October. “There’s a number of alternatives that go well beyond court packing.”

During the confirmation of Supreme Court Justice Amy Coney Barrett – which tiled the court to a 6-3 conservative majority – democrats made it clear that “nothing is off the table.”

Carolina Frederickson, one of the members of the newly formed commission, previously expressed support for expanding the Supreme Court.

“I often point out to people who aren’t lawyers that the Supreme Court is not defined as a ‘nine person body’ in the Constitution, and it has changed size many times,” she said in a 2019 interview.