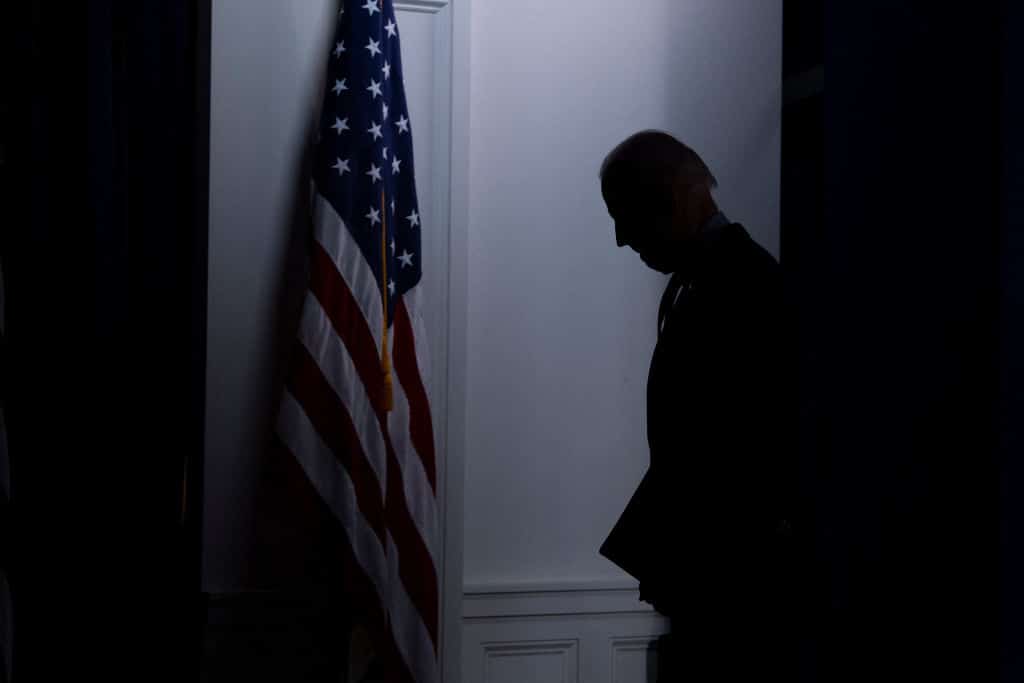 With each new discovery of classified documents at Joe Biden’s home and office the case grows stronger that the president could well be charged with crimes.

The principal law that Biden appears to have violated repeatedly is 18 USC 793 which makes it a crime to remove national defense (i.e., classified) material with the intent to retain it in an unauthorized location. A private office, garage, and home are obviously unauthorized because they are not sufficiently secure from intrusion. The nation’s secrets are vulnerable to theft by foreign adversaries. Keeping his prized Corvette in the same garage is not a viable defense.

In Biden’s case, the increasing number of different locations where classified records were found is compelling circumstantial evidence that this was not simply a single instance where a record was “inadvertently” misplaced. Instead, there are three locations –and counting. This suggests that their placement was both knowing and intentional. The number of documents is not nearly as incriminating as the number of locations where they were kept without mandated safeguards.

But intent is not the only legal standard. Under the law, lesser proof of “gross negligence” is enough to merit criminal charges. Here, Biden has all but admitted such reckless or extremely careless actions by attributing the wayward documents to inadvertence. Indeed, the word is the literal dictionary definition of carelessness.

There is little question that Biden’s mishandling of these national security materials was, at the very least, grossly negligent. Malign actors may well have gained access. The president’s son, Hunter Biden, who is under criminal investigation for influence peddling schemes involving foreign entities, had routine and ready access. The elder Biden refused to maintain visitor logs at his home where he has spent much of his presidency, so there’s no telling who else was within close proximity.

Federal prosecutors have brought numerous cases against individuals who mishandled classified documents in much the same way that Biden did. David Petraeus, who was director of the Central Intelligence Agency, kept classified documents at his home. He faced criminal charges and pleaded guilty. John Deutch, also CIA director, stored classified information in his residence. While negotiating a plea agreement with prosecutors, he received a presidential pardon. Still others have been charged for far less violations.

Equally disturbing is how Biden handled the matter. His use of lawyers to retrieve documents is baffling to the point of suspicion. It indicates he likely knew that classified records were kept in illegal places. Moreover, some of his lawyers admittedly had no security clearance. This raises the possibility of additional crimes committed during the collection process. Since the attorneys were acting at Biden’s direction, he would be culpable if they viewed any of the classified information. Yet, he urged them to continue their search for more.

Biden insists that he “takes classified material very seriously” and has been “transparent” throughout. This is demonstrably false. First, upon discovery of the initial batch of documents on November 2, 2022, he and his lawyers did not immediately alert either the FBI or the Department of Justice. They notified the National Archives. Did the Biden team hope that the agency would overlook the criminal nature of what happened and sweep the affair under the rug? It was the archives –not Biden– that informed the DOJ two days after the discovery. So much for taking it seriously.

Second, Biden’s actions are the antithesis of transparency. After publicly slamming Donald Trump as “irresponsible” for allegedly mishandling classified records, the president actively concealed his own scandal from the American public for more than two long months. As voters were casting ballots in the midterm elections and his attorney general Merrick Garland was appointing a special counsel to investigate Trump, Biden remained mum. How convenient. He was forced to come clean only when CBS News broke the story on January 9, 2023. Had it not been for the aggressive reporting of the network, Biden’s potential crimes might still be hidden.

If Biden’s conduct is alarming, so is Garland’s. The AG publicly announced the appointment of a special counsel for Trump on November 18. By then, the attorney general had known of Biden’s classified breach for two weeks but said nothing. A month later on December 20, the president’s lawyers found even more classified records in his Delaware garage and informed Garland who remained publicly silent. Biden’s lawyers located the third and fourth sets of classified records just last week.

Where was the FBI in all of this? The uncovering of vulnerable classified material constitutes various crime scenes. Why weren’t agents immediately dispatched to those venues to secure the premises and collect the evidence? This is their first duty. Their second duty is to scour all other possible Biden locations where more materials might be housed. It never happened. A full 73 days elapsed between the first and last discoveries. There was no sense of urgency in protecting top-secret documents that might put our nation’s security at risk. Even Democrat Rep. Adam Schiff (CA) admitted that Biden might have jeopardized national security.

Unlike Trump, no subpoenas or warrants were issued. No grand jury was convened or raids ordered. To the contrary, a potential criminal defendant was allowed to have his compromised lawyers search for incriminating evidence against their own client. This absurdity turns justice on its head. Their duty is to protect Biden, not gather evidence against him for the government’s benefit. However, none of this seems to bother Garland in the least.

Biden’s defenders, including some in the media, assert that the president’s conduct pales in comparison to Trump’s because there were more documents at Mar-a-Lago. This is misleading for several reasons. Whether it is twenty (Biden) or more than a hundred (Trump), the legal issue at stake is classification status, not numbers. The former president insists he declassified the records before he departed office. The law affords him unfettered discretion to do so. Whether it occurred has not been litigated or otherwise determined. If the materials at his residence were no longer classified, then he has not run afoul of the aforementioned statutes.

Biden as vice president did not have the same authority to declassify. Some news outlets have reported that an executive order signed by then-president Barack Obama in December of 2009 conferred the same power to Biden. However, the legality of that order is problematic because a president cannot unilaterally alter, modify, or expand an exclusive constitutional power. Regardless, the matter is irrelevant since Biden is not claiming he declassified anything before leaving office.

As I have written before, the Trump records are a dispute over custody of papers that is governed by the Presidential Records Act of 1978. This controlling statute is civil, not criminal. The proper remedy for Garland was to seek a return of the contested documents by filing a motion in civil court and allow an impartial judge to resolve the conflict.

It is not obstruction of justice for Trump to assert his rights under the Presidential Records Act. This is what Bill Clinton did in a similar case a decade ago. At the time, the Justice Department argued that a former president can keep whatever documents he wants and the government has no authority to seize them. Trump was following the same standard enunciated by the DOJ and endorsed by both the National Archives and a U.S. District Court in Washington DC.

For these reasons, Biden is at greater risk than Trump of criminal jeopardy. Garland would be guilty of selective prosecution if he decides to proceed against the latter while protecting the former. Our current president’s classified scandal that was deliberately covered-up for more than two months renders any potential prosecution of his predecessor fatuous and futile.