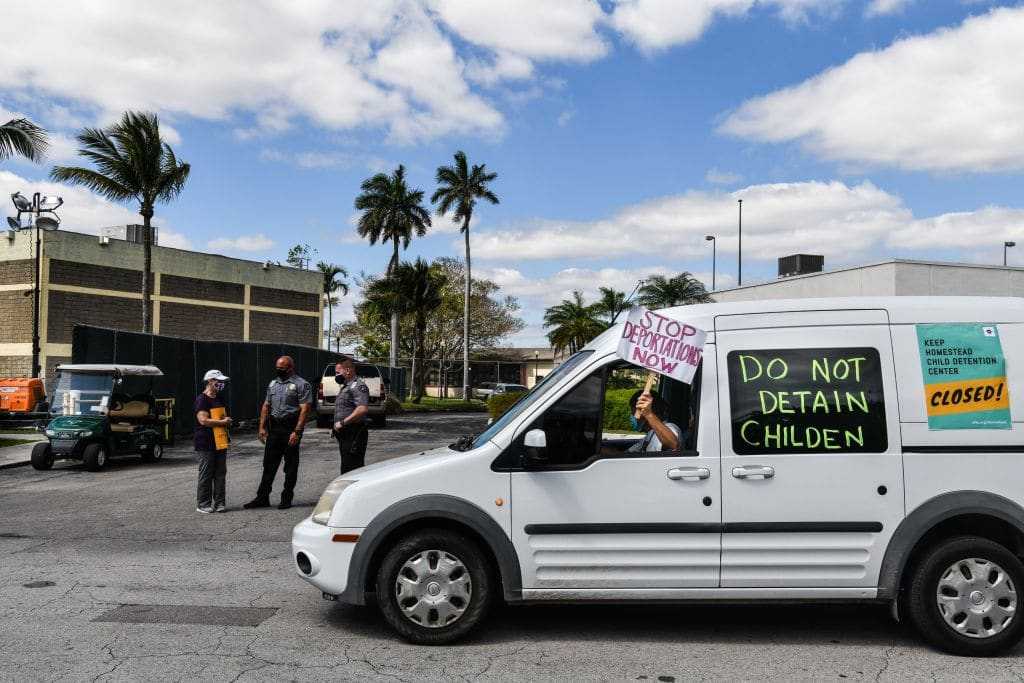 President Joe Biden is reportedly putting illegal immigrant children in detention facilities that resemble prisons where they are “exposed to disease, hunger and overcrowding.”

“The number of unaccompanied migrant children detained along the southern border has tripled in the last two weeks to more than 3,250, filling facilities akin to jails as the Biden administration struggles to find room for them in shelters,” the New York Times reported. “The children are being held in facilities, managed by the Customs and Border Protection agency, that were built for adults. The border agency has been the subject of widespread criticism for the horrific conditions in its federal detention facilities, in which children are exposed to disease, hunger and overcrowding.”

The Biden administration is detaining these children for weeks at a time, something that both President Biden and Vice President Kamala Harris attacked the Trump administration for.  President Biden’s border policies are also incentivizing the influx of illegal immigration, using policies described by the former ICE Director as “open border.”

“More than 1,360 of the children have been detained beyond the 72 hours permitted by law before a child must be transferred to a shelter, according to one of the documents, dated March 8,” the New York Times wrote. “he figures highlight the growing pressure on President Biden to address the increased number of people trying to cross the border in the belief that he will be more welcoming to them than former President Donald J. Trump was.”

“The shelters for migrant children are 13 days away from “maximum capacity,” according to the documents,” the New York Times added. “The data shows the stress on the system designed to hold the migrant children as Mr. Biden tries to make good on a campaign promise to be more compassionate to migrants during a global pandemic. Border agents encountered a migrant at the border about 78,000 times in January, the highest number for that month in at least a decade.”