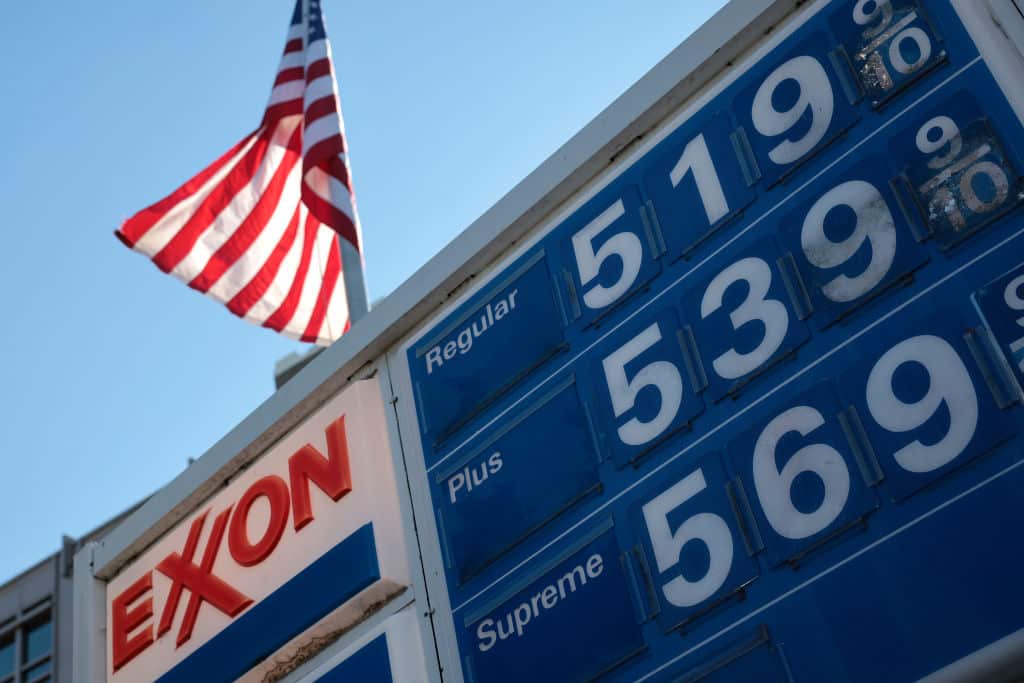 When faced with a problem, there are two choices: offer solutions or make excuses. Joe Biden consistently chooses the latter.

Why? Because he created our problems. He hasn’t the courage to face the truth and is incapable of accepting responsibility. The buck never stops with Biden. It’s always someone else’s fault. He’s turned the blame game into an art form. Unfortunately for him, his artistry is as dreadful as his son’s artwork.

No one believes Joe anymore. He’s a running joke and a caricature. Think Alfred E. Neuman, only better dressed. Biden has blathered so many lies about inflation and invented so many lame excuses for the economy he drove into a ditch that his credibility has cratered to zero. He compounds the mess by supplying no viable solutions. He’s a monument to incompetence –clumsy, feeble, hapless, confused and obtuse. When he opens his yap, gibberish spills out. He makes your average five-year-old look like a genius.

That, in a nutshell, is our president. He’s a humiliating spectacle. His recent appearance on Jimmy Kimmel’s comedy show was supposed to resurrect his battered image. Instead, it reinforced what we already knew. Biden struggled to string two coherent sentences together. It finally became so unintelligible that Kimmel tossed to a commercial break.

When faced with a problem, there are two choices: offer solutions or make excuses. Joe Biden consistently chooses the latter.

Under normal circumstances, two gentlemen in white coats would have appeared on stage and carted him off to the home. Instead, Jill keeps taking him to the beach. When he’s not licking on his ice cream cone, he falls off his bike. All the while, America’s economy falls off a cliff. Joe is a metaphor for what ails us. And he hasn’t a clue.
Biden can’t possibly run for another term. That’s a pipedream that his handlers keep peddling. But he’s already a “lame duck” president. At his current rate of decline, he’ll be lucky to make it to the finish line as the worst one-termer in American history. He’s so bad it makes you yearn for the days of Jimmy Carter. At least the peanut farmer from Georgia had an intellect.

Biden is like the Scarecrow prancing his way to Oz singing, “If I only had a brain…”

The most dangerous people are the liars who think they’re telling the truth. Joe has told so many whoppers and repeated them so often that he probably believes his own malarkey.

Putin is to blame for crippling inflation and so are those greedy oil companies, he keeps insisting. No one believes him, because the truth is plain to see. There’s no evidence of price gouging. The Federal Trade Commission investigated it and concluded that market conditions caused prices to climb, not illegal practices.

At the outset of Biden’s presidency, Clinton’s Treasury Secretary Larry Summers sounded the alarm that Joe’s nearly $2 trillion stimulus was unsound and reckless. It would spark an inflationary death spiral. Biden wouldn’t listen. Then he added another $1.2 trillion for infrastructure, making matters worse. Inflation has now soared to 8.6 percent, a 40-year high. Americans are struggling to pay their rent or mortgage. They can scarcely put food on the table because they can’t afford the steep grocery costs. Can you imagine the exorbitant inflation rate if Biden’s $5 trillion “Build Back Better legislation had passed? Thankfully, Democrat Senators Joe Manchin and Krysten Sinema blocked it. They are a profile in courage.

Experts also warned that Biden’s destructive war on U.S. energy producers would create an oil and gasoline shortage that would drive up prices at the pumps. Again, fundamental economics –when you cut supply so that it can’t meet demand, prices rise. Biden was told that his insane policy would create a cascading effect on the economy that would be devastating. He wouldn’t listen.

Gas prices are now at a record high and still climbing. Americans can’t afford to fill up their cars to get to work. Triple-A reported a 40 percent increase in people stranded on the side of the road because their tanks ran dry. The cost of everything has gone up because the transportation of goods requires more expensive fuel that gets passed along to consumers.

All the while, Biden keeps flipping through his “Book of Excuses.” They’re not working. Americans are smart. They know Joe’s to blame. It’s reflected in his abysmal approval ratings that are now hovering as low as 33 percent. Biden’s idiocy is driving the economy into an imminent recession and everyone knows it. 60 percent of CEOs think a recession is looming or already here. Steven Ratner, an economic adviser under Obama, was blunt when he said, “This is Biden’s inflation and he needs to own it.”
One of Biden’s favorite lies is that he “created the greatest job recovery in American history!” Seriously? Joe didn’t create jobs. People returned to their jobs in the workforce when the pandemic eased. But naturally, Joe is trying to steal credit for something with which he had nothing to do.

Biden is either delusional or witless –probably both. While yucking it up with Kimmel, Joe proclaimed, “We have the fastest-growing economy in the world…the world…the world!” Excuse my language, but that’s complete bullshit. The U.S. economy shrank in the first quarter of this year. More than 50 other countries are experiencing faster growth because they don’t have an inept fool at the helm.

Joe’s dishonesty is epic. But his agenda is worse. He’s already forgiven $25 billion in student loans and is planning billions more in other loan forgiveness. That will only fuel inflation further. Another salve he’s considering is raising taxes to increase government spending. Wait!More of the same spending that caused our inflation to begin with? That’s insanity. It’s socialist-style spending run amuck. And you are the ones paying the cost.

Besides Biden, who’s to blame? American voters. They got what they wanted. When he was running for president, Biden promised that he’d gin up the economy with inflation-inducing spending and shut down U.S. oil production. “No ability for the oil industry to continue to drill, period,” he declared.

Judging by the polling data, the electorate is suffering from acute buyer’s remorse. But with two-and-a-half years remaining in Joe Biden’s term, Americans won’t be able to junk their clunker of a president for a long time. In the interim, life will only get worse, not better.