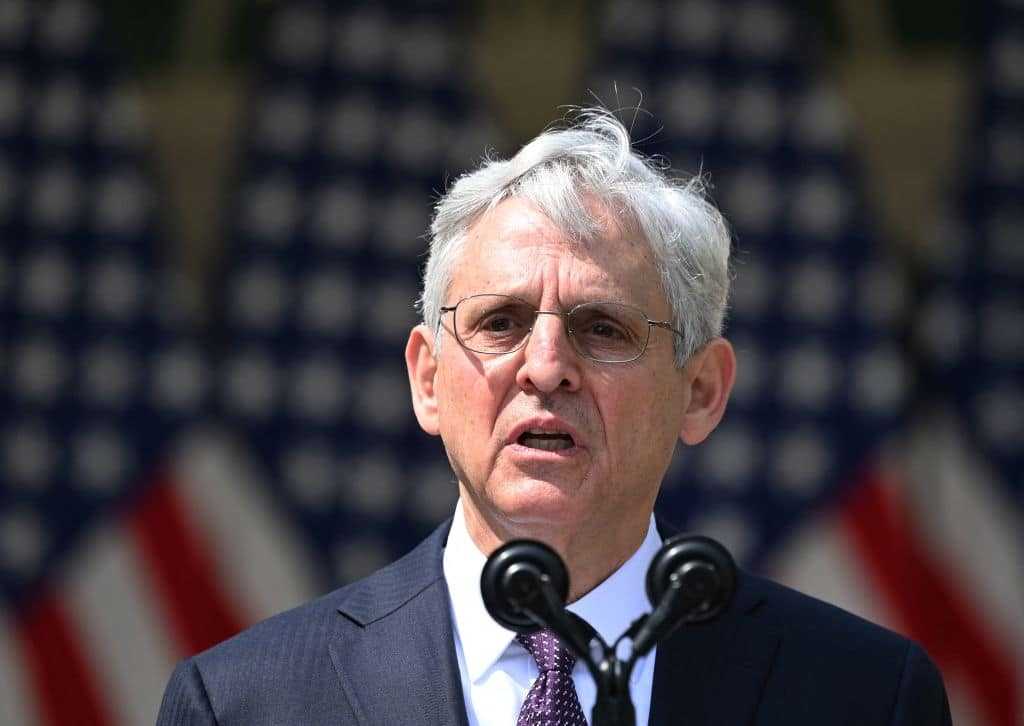 No one should be physically attacked or threatened with bodily harm. That is a given.

But Attorney General Merrick Garland is exploiting this fundamental doctrine as a pretext to coerce and frighten parents whose only supposed “crime” is seeking to improve their children’s education.

Garland’s ruse is not thinly disguised; it is plain to see. He intends to silence mothers and fathers who vigorously oppose their students being indoctrinated with critical race theory and other socialist or Marxist dogma.

To accomplish it, Garland plans to weaponize the immense powers of the FBI and the Department of Justice to bully parents into submission. Under the guise of combating what he refers to as “intimidation,” he is exerting more intimidation with superior force. He aspires to criminalize contentiousness.

These are menacing and unconscionable tactics by him designed to abolish free speech rights under threat of federal investigation, arrest and prosecution. In essence, Garland has ordered you to shut up or else. You won’t just be canceled, you’ll be sporting some new cuffs.

The genesis of the attorney general’s dictate can be found in a recent letter sent to President Joe Biden from the National School Boards Association (NSBA). The leftist group demanded that the DOJ use “domestic terrorism” laws against parents who attend school board meetings to vocalize their opposition to the inclusion of “critical race theory within classroom instruction,” as well as mask mandates for children.

Acrimonious disagreement is not terrorism, nor is acerbic argument a crime.

Right on cue, Garland capitulated on Monday by threatening to investigate and prosecute parents who dare to protest against the teaching of what they regard as “woke” propaganda and radical racist brainwashing in classrooms. Biden’s attorney general made it abundantly clear: no political or academic opposition to the progressive agenda will be tolerated.

Remarkably, Garland didn’t bother to conceal that he accepted his marching orders from the left-wing NSBA. The first sentence of his memorandum/order mimics the opening paragraph from the group. The words were barely altered as if they’d been copied and pasted on his computer.

Even more embarrassing was Garland’s misstatement of constitutional law. He claimed that the First Amendment does not protect “efforts to intimidate individuals based on their views.” What? Where is that written anywhere in the myriad of U.S. Supreme Court decisions involving free speech cases?

After all, political intimidation is not uncommon during heated civic debates or legislative discourse. It’s often calculated to influence policy action. Unless it is accompanied by what the high court justices have consistently defined as a “true threat” of imminent violence, it is fully protected speech. A first-year law student knows better than Garland.

Even more confounding was the attorney general’s assertion that he possesses some imagined jurisdiction over local school boards and any potential crimes arising from their public meetings. Those are issues solely within the province of local police and their enforcement of state laws. There is no valid federal authority over such matters. Yet, Garland asserts it without the power to do so.

Political activity in petitioning our government – whether it be Congress in Washington or a school board in Wichita – for a redress of grievances is a cherished right of every American and vital to democracy. It is embedded in the Bill of Rights. Garland seems oblivious to this sacred principle.

Beyond his lack of authority, what is also conspicuously missing from Garland’s order are any credible threats or acts of violence that might justify his actions. Nowhere does he identify specifically the kind of lawlessness that he pretends to prevent. He twice cites the broad claim of “harassment” but offers no support. It is a wonderfully fungible term, but not necessarily criminal in nature.

The prerogative to protest insensible curricula is an inviolable right of any parent. One can even argue that there is a duty to object. The idea that irate mothers and fathers should be equated with domestic terrorists is repugnant.

Acrimonious disagreement is not terrorism, nor is acerbic argument a crime. But if you fail to comply with the new imperious dictates of Biden’s Justice Department, you will be subjected to the full fury of government retaliation. What’s next – a Ministry of Political Control?

Garland’s threat to punish parents for their sometimes vituperative views is an egregious abuse of power. This is nothing more than a corrupt attempt by the attorney general to target political opposition. He wants to repress speech and discourage any resistance. To carry out his wishes, Garland has deputized the FBI and unleashed what one mom decried as the “politics police.”

If you’re not careful with the words you choose, they may come banging at your door sooner than you think. That is precisely what Biden and Garland want – to chill free speech and extinguish any dissent.

In this article:Joe Biden, Merrick Garland