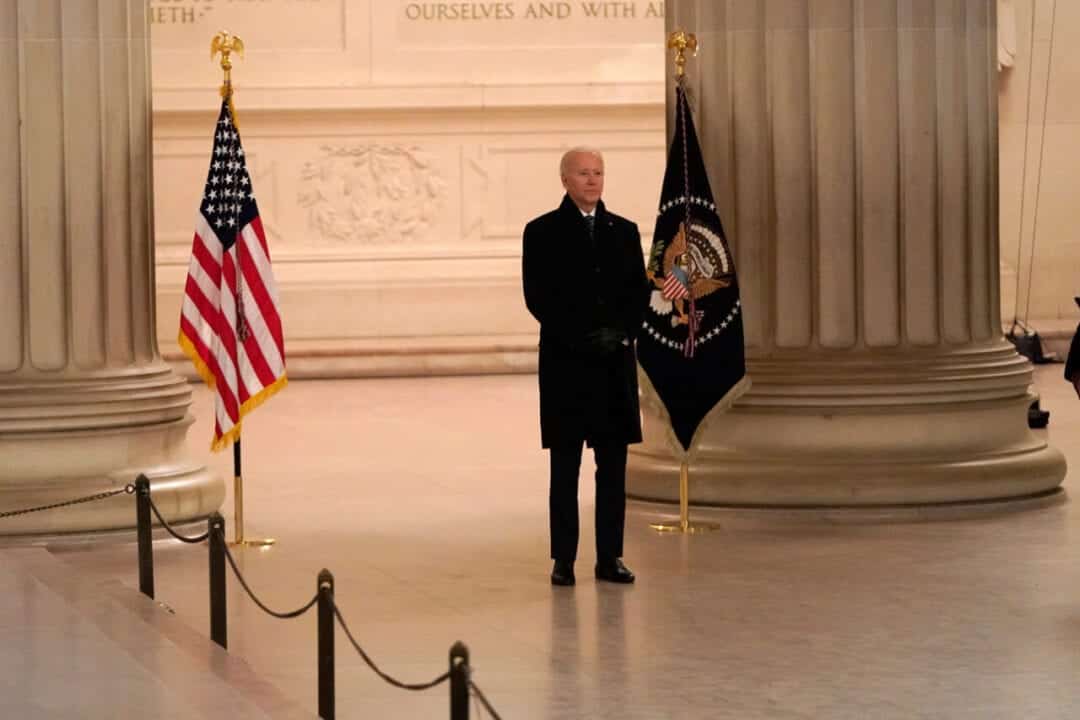 The Biden administration is setting the tone to which we will all have to endure for the next four years. That tone is ‘do as I say, not as I do.’ Pretty typical. Biden proudly signed an executive order in the first hours of his presidency mandating that masks are to be worn on federal property. Before the ink could dry, President Joe Biden and Vice President Kamala Harris were not wearing masks…on federal property.

Press secretary Jen Psaki gave a clear explanation for the hypocrisy: “we have bigger issues to worry about at this moment in time.” Noted; the issue of wearing masks on federal property is so pressing that it needed to be an executive order signed on day one. Not pressing enough, however, for the president and vice president to follow the order and prove to the American people why it was so pressing it had to be an executive order. Got it. Talk about leadership.

Biden’s got the media on his side, so he has the luxury of saying whatever he pleases. Example number two: in the Oval Office Biden said, “while the vaccine provides so much hope, the rollout has been a dismal failure thus far.” One reporter asked, “Mr. President, you said you set the goal at 100 million vaccines in the – is that high enough? Shouldn’t you set the bar higher? That’s basically where the US is right now.” Biden had nothing more to say than, “when I announced it, you all said, ‘it’s not possible.’ Come on, give me a break, man.”

CNN started the ‘standby our president’ campaign stating “Joe Biden and his advisers are inheriting no #coronavirus vaccine distribution plan to speak of from the Trump administration., sources tell CNN. ‘There is nothing for us to rework. We are going to have to build everything from scratch.”

Well, that’s not true. During a press conference, Dr. Anthony Fauci had to set the record straight. “No, I mean, we certainly are not starting from scratch because there is activity going on in the distribution,” said Fauci. When asked, “President Biden said that what was left was ‘abysmal,’ essentially. Is there anything actionable that you are taking from the previous administration to move it forward?”

Fauci responded, “No, I mean, we’re coming in with fresh ideas, but also some ideas that were not bad ideas with the – with the previous administration. You can’t say it was absolutely not usable at all. So we are continuing, but you’re going to see a real ramping-up of it.”

In this article:Joe Biden, mask, news4