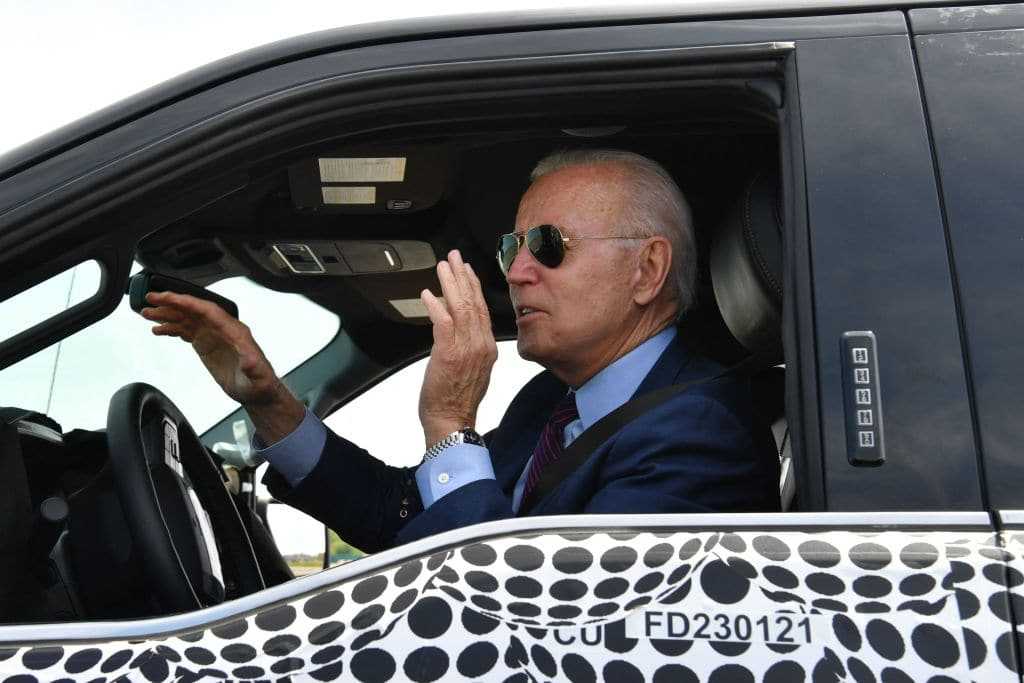 Remember when President Biden spoke to the press and answered their questions about the very serious rocket attacks on Israel? Trick question; it didn’t happen. But what did happen is one reporter was actually able to get in a question about potentially asking a question on the conflict while Biden was test driving a new truck. His response speaks volumes of his character.

While Biden’s behind the wheel about to drive off he explains he’s going to “just step on it” and “I’ll come off at 80 miles an hour.” One reporter then asks, Mr. President, can we ask you a quick question on Israel before you drive away?”

“No, you can’t” he immediately barks back. “Not unless you get in front of the car as I step on it” he adds. The idolizing group of journalists laugh. The President did say following the laughter “I’m only teasing” except he then clearly had zero plan of answering the question as he said, “okay, here we go” and sped off like lightning.

Biden was behind the wheel of the new F-150 lightning electric pickup truck, giving it a test run. The little bit of media coverage the exchange received simply mentioned poor Joe’s “joke” fell flat. Conservatives however noted that had Trump attempted the same “joke” his reception would have been much different.

Former Nevada GOP Chairwoman Amy Tarkanian tweeted “If President Trump had done this, he would have been impeached.” Conservative podcast host Stephen L. Miller said the media’s coverage of the “teasing” is “a pretty good tell about just how performative the ‘how dare he’ fainting spells of the past 4 years actually were.”

Can we really say we didn’t see it coming? Afterall, press secretary Jen Psaki said he shouldn’t answer questions, and even Biden himself has admitted to the press “I’m not supposed to be answering all these questions.” It’s no wonder when he did come face to face with the press he was in a very literal “getaway truck.”

In this article:Joe Biden, news4, truck