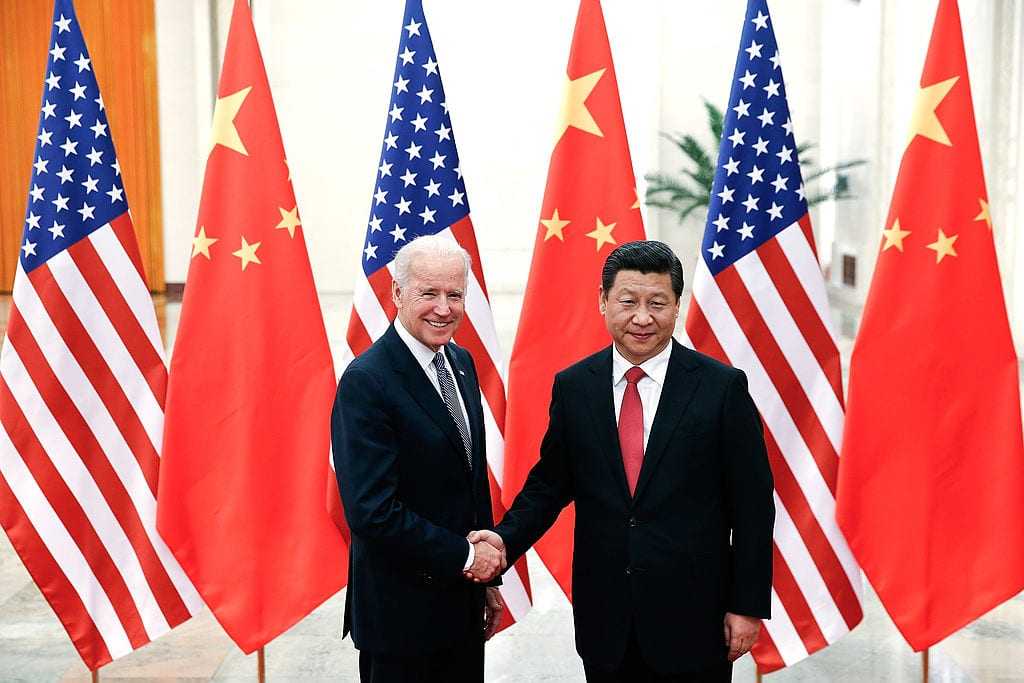 When it comes to America’s relationship with China, President Joe Biden plans to handle it differently than Donald Trump. But how could he handle it the same, when he seems to be so deeply intertwined with the Chinese Communist Party? Not only does his son, Hunter, have deep ties to Chinese businesses, in his own back pocket, the president has a longstanding relationship with Xi Jinping.

As Vice President, Biden said he spent more time with Xi than any other world leader, Politico reports.

His Chinese ties are becoming clearer by the day.

Joe Biden’s nominee for CIA director, William J. Burns, is the president of a prominent think tank that received a whopping $2 million donation from Chinese businessmen, as well as from a think tank tied to the Chinese Communist Party.

As president of the Carnegie Endowment for International PEace, Burns also invited nearly a dozen congressional staffers to China, where they met with a communist party operative and a president of a Chinese front group, according to BizPacReview.

Burns has been president of Carnegie since 2015, and during his time thus far, businessman Zhang Yichen joined the think tank’s board.

“We are very fortunate to have Zhang Yichen on our board,” Burns said in a statement in 2016. “I look forward to working with him to make Carnegie an even finer institution.”

Zhang is a member of two organizations linked to the Chinese Communist Party: the Chinese People’s Political Consultative Conference and the Center for China and Globalization.

Carnegie has also received funding from the China-United States Exchange Foundation (CUSEF), a Hong Kong-based think tank that is also a part of the united front system.

In recent years, CUSEF has come under scrutiny because of its ties to the united front system and the communist government, according to BizPacReview.

According to the Jamestown Foundation, a Washington D.C.-based think tank, CUSEF is a “major player in the Chinese Communist Party’s organizational apparatus for conducting united front work in the United States.”

CUSEF’s lobbying activities in the U.S. “allows it to play a valuable role in Beijing’s efforts to sway public opinion and build influence in America.”

Burns will appear before the Senate Intelligence Committee for a confirmation hearing, which is likely to be held sometime this month.