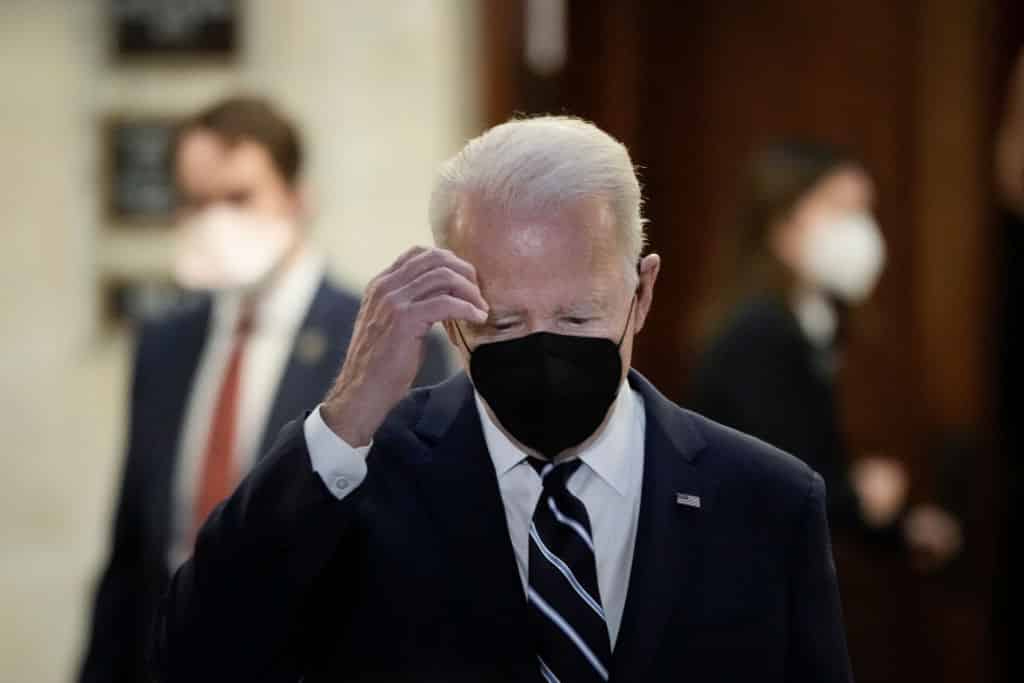 WASHINGTON, DC - JANUARY 13: U.S. President Joe Biden leaves a meeting with Senate Democrats in the Russell Senate Office Building on Capitol Hill on January 13, 2022 in Washington, DC. Biden has called on his fellow Democrats to go around Republican opposition, do away with the 60-vote threshold for advancing legislation in the Senate and pass the John Lewis Voting Rights Advancement Act and the Freedom To Vote Act. The strategy is in doubt due to opposition from Sen. Joe Manchin (D-WV) and Sen. Kyrsten Sinema (D-AZ). (Photo by Drew Angerer/Getty Images)

Joe Biden’s election reform legislation failed to pass in the Senate after a bipartisan majority opposed the radical push from Democrats to alter the filibuster.

“Manchin, D-W.Va., and Sinema, D-Ariz., joined all Senate Republicans in opposing the attempt to alter the Senate filibuster on party lines, resulting in a 48-52 final tally,” Fox News reported. “That vote followed a failed attempt by Democrats to advance the election bills over the Senate’s 60-vote filibuster threshold. All Republicans opposed it.”

Biden released a statement in response, slamming election security legislation being passed around the country and saying, “I am profoundly disappointed that the United States Senate has failed to stand up for our democracy.”

“I am disappointed — but I am not deterred,” he added. “My Administration will never stop fighting to ensure that the heart and soul of our democracy — the right to vote — is protected at all costs.”

Vice President Kamala Harris similarly released a statement promising that the Biden administration will work to undermine Congress to ram through their legislation.

“Senators voted to preserve an arcane Senate rule rather than secure that fundamental freedom,” Harris said.

“The American people will not forget this moment. Neither will history,” she claimed. “Our Administration will continue to fight to pass federal legislation—and to change Senate rules—to secure the right to vote.”