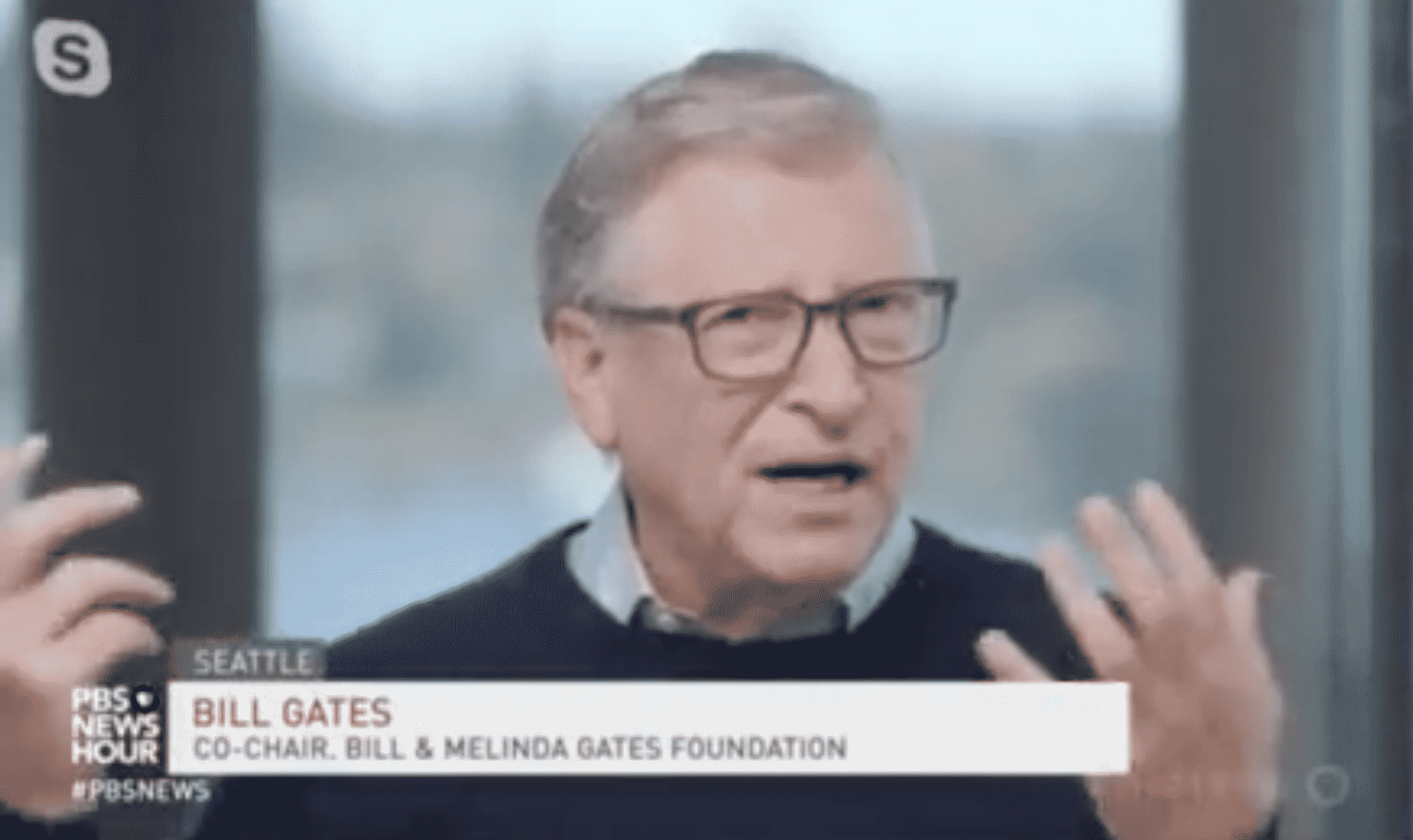 Bill Gates was hoping questions would only be centered around his $1 billion clean energy partnership on his latest media tour. “But after countless softball interviews on various TV networks, Gates clearly wasn’t prepared to be asked about any sensitive topics when he sat down for an interview with PBS on Tuesday night” reports Gizmodo.

“Gates was asked about his meetings with the late pedophile Jeffrey Epstein and the Microsoft billionaire looked extremely uncomfortable, to say the least,” adds Gizmodo. In 2019 the New York Times broke the story that Gates had met with Epstein in 2011, shortly after his first conviction of soliciting prostitution from underage girls in 2008.

The Daily Beast had even more salacious intel and reported Gates had allegedly met with Epstein “dozens of times” over multiple years, from 2011 and 2014. PBS Newshour host Judy Woodruff asked the billionaire:

“I also want to ask you about something else in the public arena, it was reported at that time, that you had a number of meetings with Jeffrey Epstein—who, when you met him ten years ago, he was convicted of soliciting prostitution from minors. What did you know about him when you were meeting with him—as you’ve said yourself—in the hopes of raising money?”

Completely caught off guard, Gates stammered and tried to focus on philanthropy. “You know, I had… dinners with him… I regret doing that…He had relationships with, ahhh, people he said, you know, would give to global health, which is an interest I have,” Gates continued.

“You know, not nearly enough philanthropy goes in that direction. Uh, you know, those meetings were a mistake. They didn’t result in what he purported, and I cut him off,” Gates said. “You know that goes back a long time ago now. I just… so there’s nothing new on that.”

Woodruff proceeding in her questioning:

“It was reported that you continued to meet with him over several years, and that—in other words—a number of meetings…What did you do when you found out about his background?”

“Well, you know, I’ve said I regretted having those dinners, uh, and there’s nothing… there’s absolutely nothing new on that,” Gates responded, obviously irritated.

“Is there a lesson for you… for anyone else looking at this?” Woodruff persisted.

Gates gave an incredibly odd and awkward response. “Well, he’s dead, so, uh, in general you always have to be careful.”

In this article:Bill Gates, Jeffrey Epstein