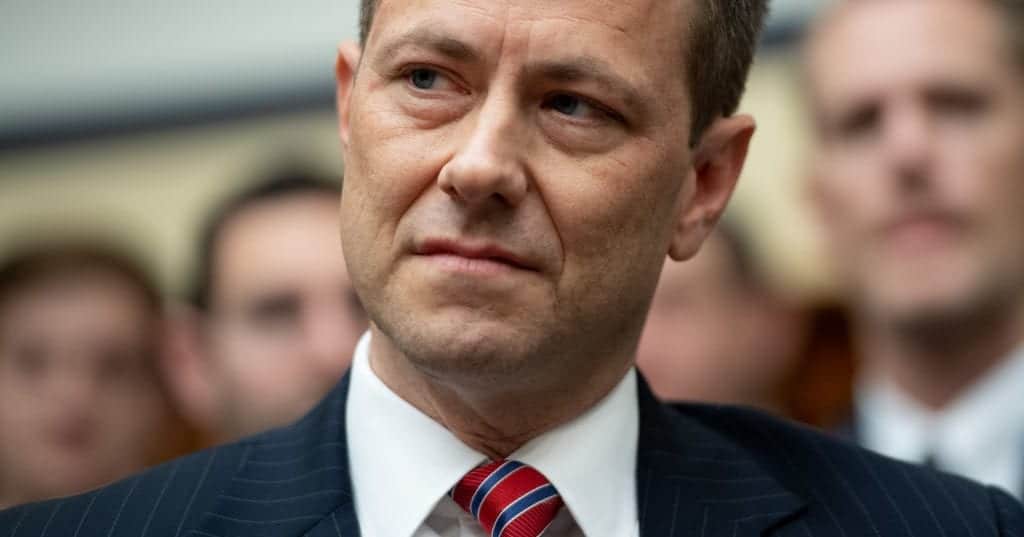 Both documents have been withheld from the public until now. According to an analysis by Senator Graham’s office, the 57-page summary of the FBI interview “reveals the primary ‘source’ of Steele’s election reporting was not some well-connected current or former Russian official, but a non-Russian-based contract employee of Christopher Steele’s firm” reported Just The News.

“Moreover, it demonstrates that the information that Steele’s primary source provided him was second and third-hand information and rumor at best.” As if this new information wasn’t enough of a bombshell, “critically, the document shows that Steele’s Primary sub-source’ disagreed with and was surprised by how the information he gave Steele was then conveyed by Steele in the Steele dossier.” The level of deceit is unprecedented.

If your jaw has been picked up off the floor, the second released document will be sure to drop it once again. Just The News reports that document number two finds “comments made by then-FBI agent Peter Strzok undercut a litany of claims made in the Times article, which was entitled: ‘Trump Campaign Aides Had Repeated Contact With Russian Intelligence.”

In the NYT article this accusation was made: “Phone records and intercepted calls show that members of Donald J. Trump’s presidential campaign and other Trump associates had repeated contacts with senior Russian intelligence officials in the year before the election, according to four current and former American officials.”

However, in Strzok’s notes, he wrote: “this statement is misleading and inaccurate as written. We have not seen evidence of any individuals in contact with Russians (both Governmental and non-Governmental’ and ‘there is no known intel affiliation, and little if any [government of Russia] affiliation[.] FBI investigation has shown past contact between [Trump campaign volunteer Carter] Page and the SVR [Foreign Intelligence Service of the Russian Federation], but not during his association with the Trump campaign.”

JTN continued to list all of the NYT article claims with notes by Peter Strzok debunking the article below:

Claim in NYT article: “… one of the advisers picked up on the [intercepted] calls was Paul Manafort, who was Mr. Trump’s campaign chairman for several months …”

Note by Strzok: “We are unaware of any calls with any Russian government official in which Manafort was a party.”

Claim in NYT article: “The FBI has obtained banking and travel records …”

Note by Strzok: “We do not yet have detailed banking records.”

Claim in NYT article: “Officials would not disclose many details, including what was discussed on the calls, and how many of Trump’s advisers were talking to the Russians.”

Note by Strzok: “Again, we are unaware of ANY Trump advisers engaging in conversations with Russian intel officials” and “Our coverage has not revealed contact between Russian intelligence officers and the Trump team.””

Claim in NYT article: “The FBI asked the NSA to collect as much information as possible about the Russian operatives on the phone calls …”

Note by Strzok: “If they did we are not aware of those communications.”

Note by Strzok: “We have not investigated Roger Stone.”

Note by Strzok: “Recent interviews and investigation, however, reveal Steele may not be in a position to judge the reliability of subsource network.”

Note by Strzok: “This is inaccurate … our investigation of Manafort was opened in August 2016.”

Claim by NYT: “The bureau did not have enough evidence to obtain a warrant for a wiretap of Mr. Manafort’s communications, but it had the NSA closely scrutinize the communications of Ukrainian officials he had met.”

Note by Strzok: “This is inaccurate …”

There is as yet no explanation in the documents or from the New York Times as to the identities of the four “American officials” who apparently provided the misleading and false information; or what their motivation was.

However, it is clear that inaccurate reporting such as that in the Times had a significant influence on the trajectory of the Trump-Russia collusion probe, which ultimately concluded there had been no collusion on the part of Trump, anyone in the Trump campaign, or any U.S. person.