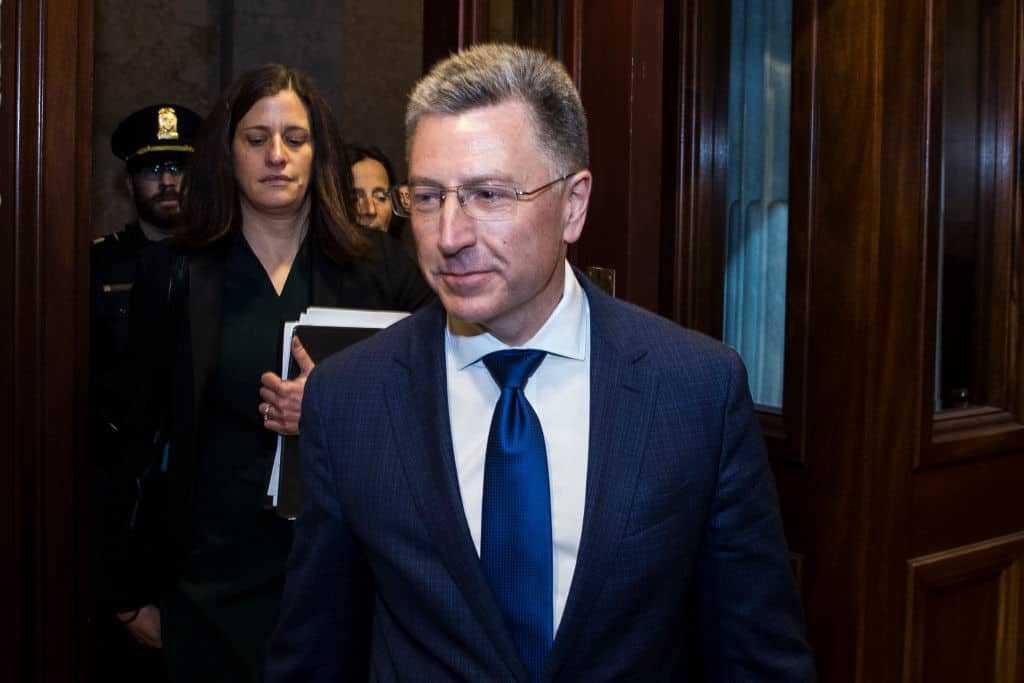 “Allow me to begin by stressing that you and the American people can be reassured and proud that the Department of State and the Department of Defense, and the professionals working there—civil and foreign service and military—have conducted themselves with the highest degree of professionalism, integrity, and dedication to the national interest. That is a testament to the strength of our people, our institutions, and our country,” Volker told Congressional leaders on Capitol Hill.

“At no time was I aware of or took part in an effort to urge Ukraine to investigate former Vice President Biden. As you will see from the extensive text messages I am providing, which convey a sense of real-time dialogue with several different actors, Vice President Biden was never a topic of discussion,” he added.

“Volker -behind closed doors- gave a passionate opening statement. The bottom line of his testimony is that the Ukrainians were not pressured, they never raised any issue of quid pro quo, they did not view the President’s phone call to be inappropriate in any way,” said Hannity.

“The main point is Volker told the Committee that Ukraine was not pressured, quid pro quo was never raised, the President’s phone call was normal… Now we have two ambassadors who are saying this was a normal conversation. This is exactly what President Trump has stated,” said Jarrett.

In this article:Joe Biden, Ukraine, Volker