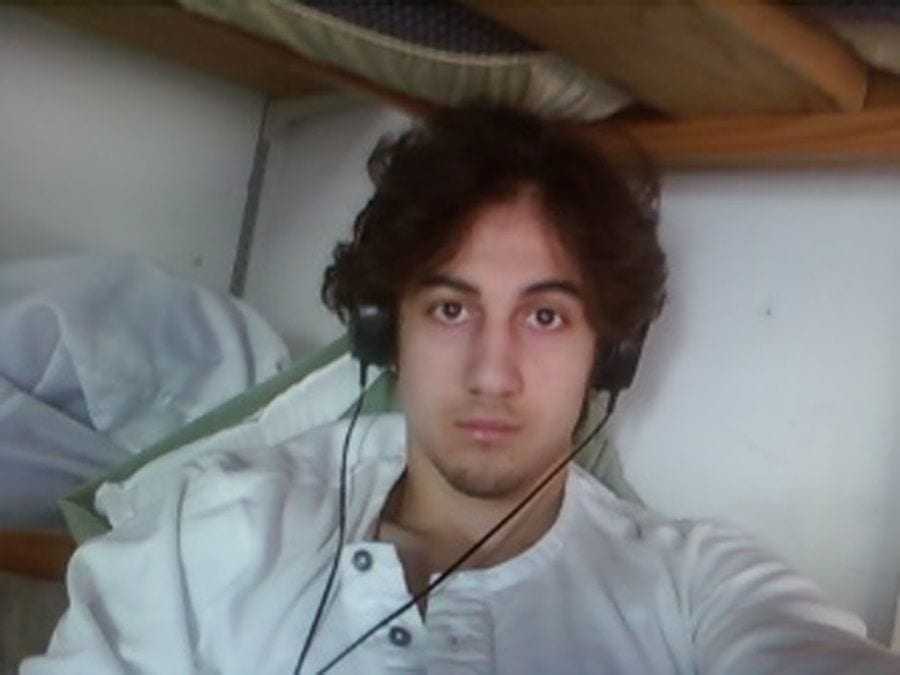 A terrorist is suing the United States federal government for $250,000. Dzhokhar Tsarnaev, along with his now-deceased older brother Tamerlan, was convicted as the 2013 Boston City Marathon bombers. Tsarnaev’s older brother was killed in the days after the bombing in a police shootout while they were on the run, allegedly to New York City where they were planning to release similar bombs.

27-year-old Tsarnaev is being held in a Colorado supermax prison, and apparently isn’t enjoying his stay there. He filed a lawsuit in federal court alleging “disturbing” and “unprofessional” treatment by guards. Tsarnaev claims the harsh treatment is attributing to his “mental and physical decline.”

The lawsuit states guards have taken a baseball cap and bandana from the terrorist that he bought at the prison commissary, and they have limited his showers. How horrific. Yet somehow, a young man who terrorized the nation has figured out how to manipulate the justice system and turn his whining into an actual, legal lawsuit.

That’s a lot of freedom for a man sentenced to death after being convicted of 30 charges. Most of the charges were upheld on appeal, but last year one of the appeals resulted in the death sentence being thrown out over concerns over jury selection. Nonetheless, the U.S. Justice Department has asked the Supreme Court to review the case. Also, federal prosecutors called Tsarnaev’s case “one of the most important terrorism prosecutions in our nation’s history.”

Tsarnaev and his brother planted home-made bombs using pressure cookers at the finish line of the Boston Marathon on Boylston Street in 2013 which injured over 260 people and killed three. After the explosions went off, the two brothers stole a man’s car and killed an MIT police officer. The two obtained weapons and got into a shootout with police during which the elder brother was killed. Tsarnaev was found shortly after hiding in a Boston area man’s boat parked in the backyard.