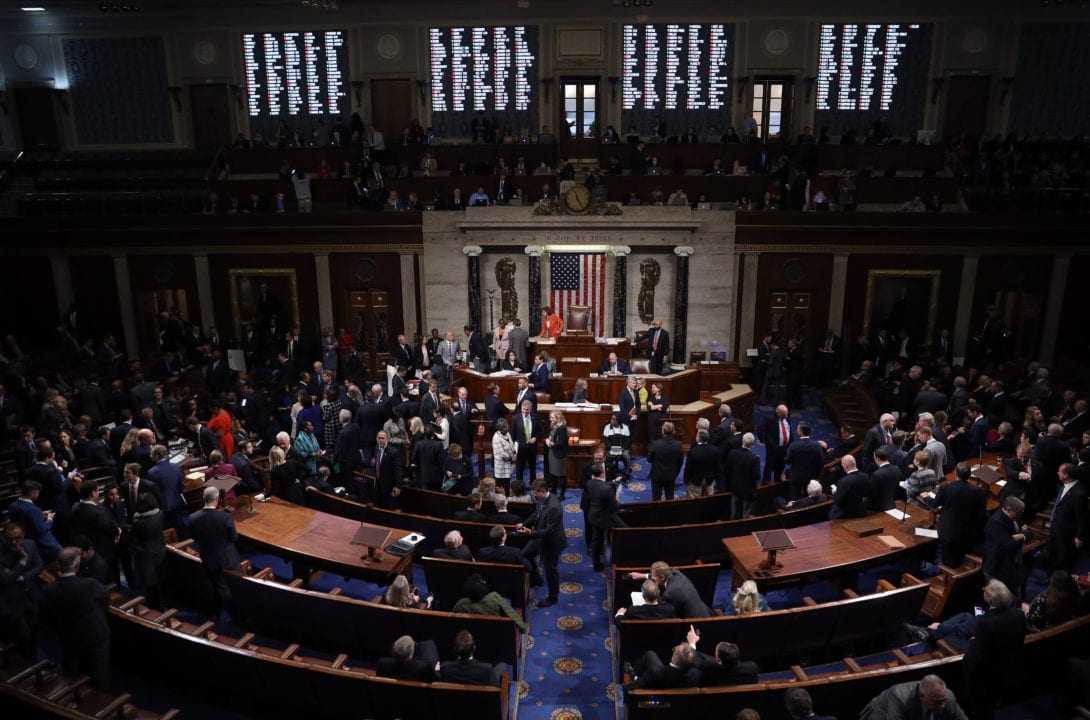 A deeply divided House of Representatives voted today to approve a resolution setting “ground rules” for the impeachment inquiry into President Donald Trump, putting lawmakers on record over the heated process while also setting the wheels in motion to move into the public eye after weeks of closed-door depositions.

The measure passed largely along party lines, 232-196, with two Democrats defecting on the vote.

“A yes vote on this resolution today gives a stamp of approval to a process that has been damaged beyond all repair and a blatant and obvious coup to unseat a sitting president of the United States,” Rep. Ross Spano, R-Fla., said.

“I do not take any pleasure in the need for this resolution,” Rep. Jim McGovern, D-Mass., said. “We are here because the facts compel us to be here.”

“The Greatest Witch Hunt In American History!” posted Trump shortly after the vote.

In this article:House of Representatives, impeachment