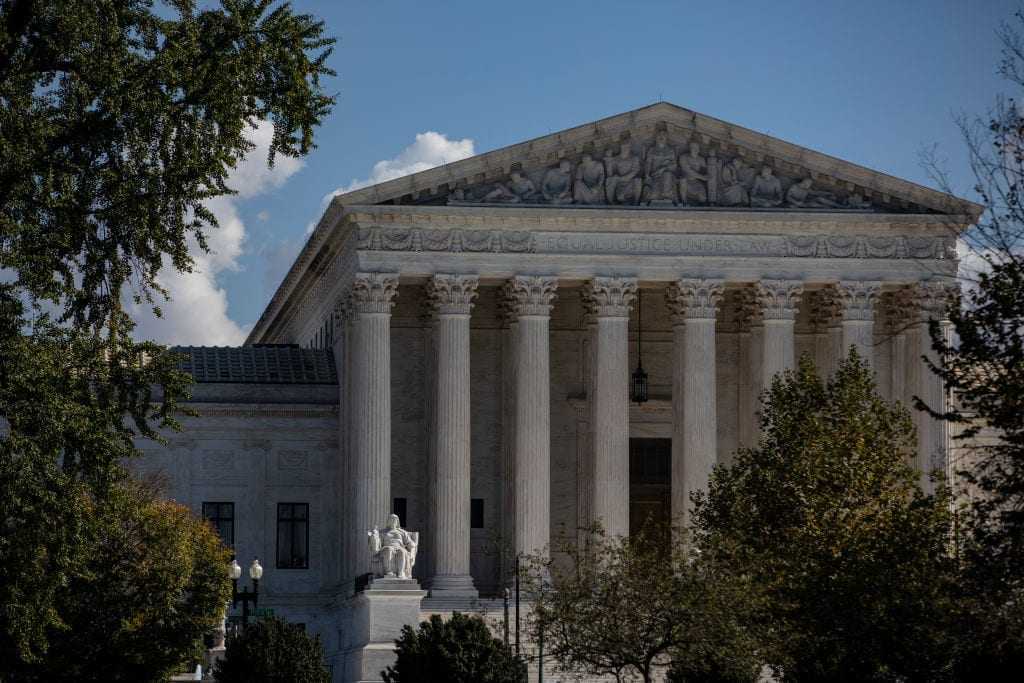 As the post-election legal battle forges on, 10 Republican Attorneys General from several states are urging the Supreme Court to get involved in the state of Pennsylvania.

What exactly is an amicus brief?

Essentially, it’s a “friend of the court” petition by a person or group with strong interest or view on the subject matter, but not a party to the matter.

“Free and fair elections are the cornerstone of our Republic and it’s one of the reasons why the United States is the envy of the world,” Missouri AG Eric Schmitt said in a press conference on Monday. “We have to ensure that every legal vote cast is counted and that every illegal vote cast is not counted.”

The Pennsylvania lawsuit at issue, Republican Party of Pennsylvania v. Boockvar, challenges the Pennsylvania Supreme Court’s decision to allow mail-in ballots that arrived after Election Day to be counted, despite state laws ordering otherwise, according to The Federalist.

Associate Justice Samuel Alito Jr. granted the Republican Party of Pennsylvania’s request, temporarily ordering all counties to separate mail-in ballots that arrived after 8 p.m. on Election Day from the rest; however, the lawsuit is still pending petition from the highest court.

“The actions taken by the Pennsylvania Supreme Court are one of the most breathtaking abuses of judicial authority that I’ve seen in my four-plus years as attorney general,” Oklahoma AG Mike Hunter said.

In the brief, the Republican AGs state they believe the Pennsylvania Supreme Court “overstepped its Constitutional responsibility, encroached on the authority of the Pennsylvania legislature, and violated the plain language of the Election Clauses.”

They also believe the decision created a higher risk for potential for voter fraud.

“The decision provided a window of time after Election Day, when the preliminary results were announced, in which unscrupulous actors could attempt to influence a close Presidential election in Pennsylvania and elsewhere. And it enhanced the opportunities for fraud by requiring boards of elections to count late-received ballots even if there is no evidence that those ballots were cast before Election Day, because they have no legible postmark,” the brief urges.

“Regardless of the election’s outcome, only legal ballots should be counted,” it continues, citing Anderson v. United States from 1974.

“This Court should grant the petitions, grant expedited review, and reverse the Pennsylvania Supreme Court’s judgment,” the brief concludes.

“We as attorneys general and we, as the chief legal officers of our state have a responsibility to address that kind of judicial abuse of authority because of the precedent that decision represents can affect the outcome of elections, not only in Pennsylvania but national elections,” Hunter said.