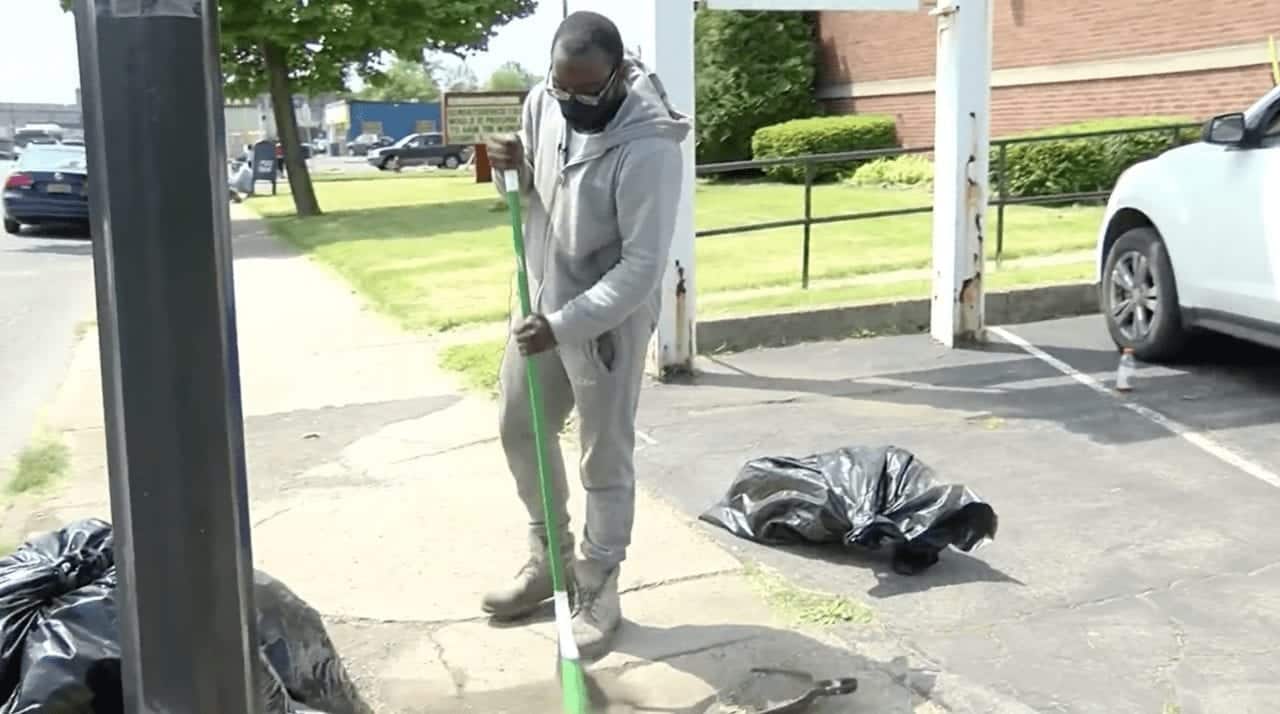 [otw_shortcode_dropcap label=”T” font=”Ultra” background_color_class=”otw-no-background” size=”large” border_color_class=”otw-no-border-color”][/otw_shortcode_dropcap]hrough the tumultuous months of COVID-19 and protests following the death of George Floyd, we have seen the worst in humanity. Every so often, however, a story breaks through the mainstream media of the very best in humanity. One teenager in Buffalo, New York gives us hope for the future.

18-year-old Antonio Gwynn felt compelled to help his community after watching some of the destruction that occurred during protests on Facebook Live. In the middle of the night, at 2 am, Gwynn went to the vandalized town with cleaning supplies and spent the next 10 hours undoing the mess left by protesters.

The young man credits his late mother for his big heart and the need to help his community, saying it’s something she would have done. When Matt Block, a complete stranger, heard about Gwynn’s actions, he decided to gift the 18-year-old with his 2004 Mustang convertible. “I couldn’t come to grips with selling it, and this was a good way for me to get rid of it and know someone that gets it is going to appreciate it, I think,” said Block.

When news spread, Briceland Insurance Agency offered to give Gwynn one year of car insurance for his new ride. Gwynn’s planted seeds continued to grow; Medaille College offered him a full-ride scholarship for college. “I literally stopped, pulled over, and started crying…so did my great aunt. My little cousin did also,” said Gwynn.

Gwynn had planned to go to trade school while he saved for college, but now he can do both. Ultimately, he would like to open his own repair shop. “I always wanted to be someone who could help everyone with their car problems. So, this is like a great opportunity to have in front of me,” said Gwynn. “It doesn’t feel real. It feels like it’s a movie going on.”