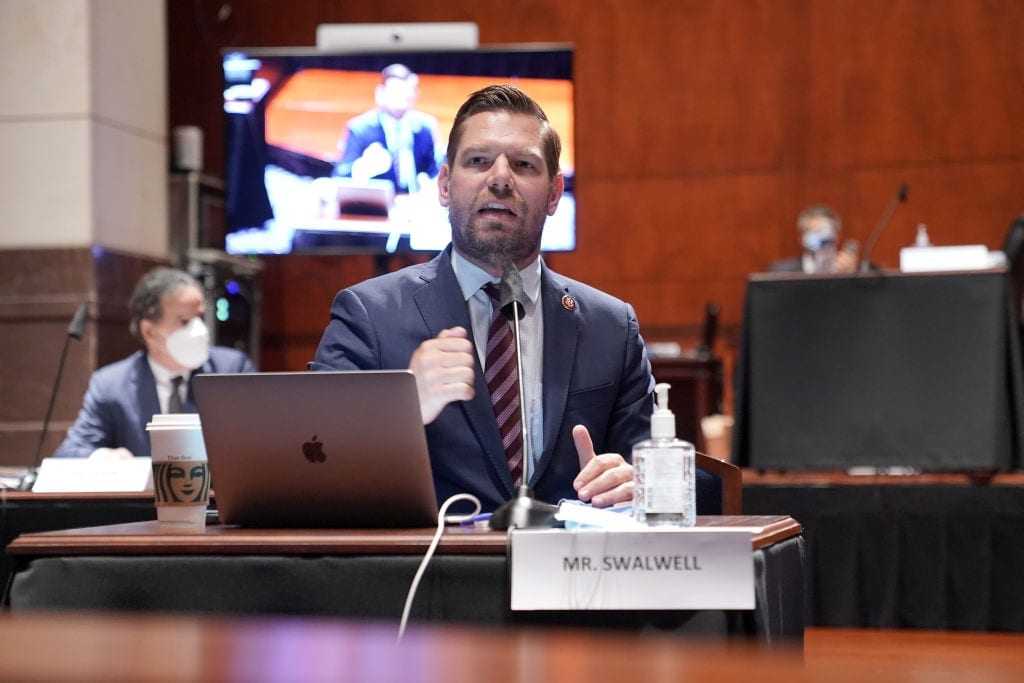 They say don’t kiss and tell but California Democrat Congressman Eric Swalwell is taking it a step further saying his nuzzling is “classified.” A bombshell story gained global attention this week as details were revealed about a Chinese spy who targeted California politicians, Swalwell among them. It seems he couldn’t resist the Chinese “honeytrap” and is actually blaming Trump.

Swalwell, 40, is currently a member of the House Intelligence Committee and was an ardent supporter of impeaching President Donald Trump. Swalwell “has refused to say whether he had a sexual relationship with a Chinese honeytrap spy because it is ‘classified’ as he blames President Trump for the revelations” reported the Daily Mail UK.

Axios released the story on Monday, about Fang Fang, or Christina Fang, a Chinese national and alleged operative for China’s Ministry of State Security, who was tasked with targeting San Francisco Bay area Democrats, particularly up-and-comers in politics. “Fang met Swalwell in 2012 when her cover was a student in the Bay Area and became involved in activism and politics, moving on to fundraise” according to the Daily Mail.

The Daily Mail also reported that “intelligence agencies were so concerned about Fang’s involvement in Swalwell’s office that they organized a briefing for Swalwell, and he severed ties with her immediately.” Not long after, “she vanished…presumably back to China.”

Axios spent a year investigating Fang, which asked Swalwell’s office about his relationship to her. The response was vague: “Rep. Swalwell, long ago, provided information about this person – whom he met more than eight years ago, and whom he hasn’t seen in nearly six years – to the FBI…To protect information that might be classified, he will not participate in your story.”

Swalwell himself said, “I’ve been a critic of the president. I’ve spoken out against him. I was on both committees that worked to impeach him” in an interview with Politico on Tuesday, making implications of President Trump’s involvement. “The timing feels like that should be looked at,” he said.

In this article:Chinese Spy, news3, Swalwell