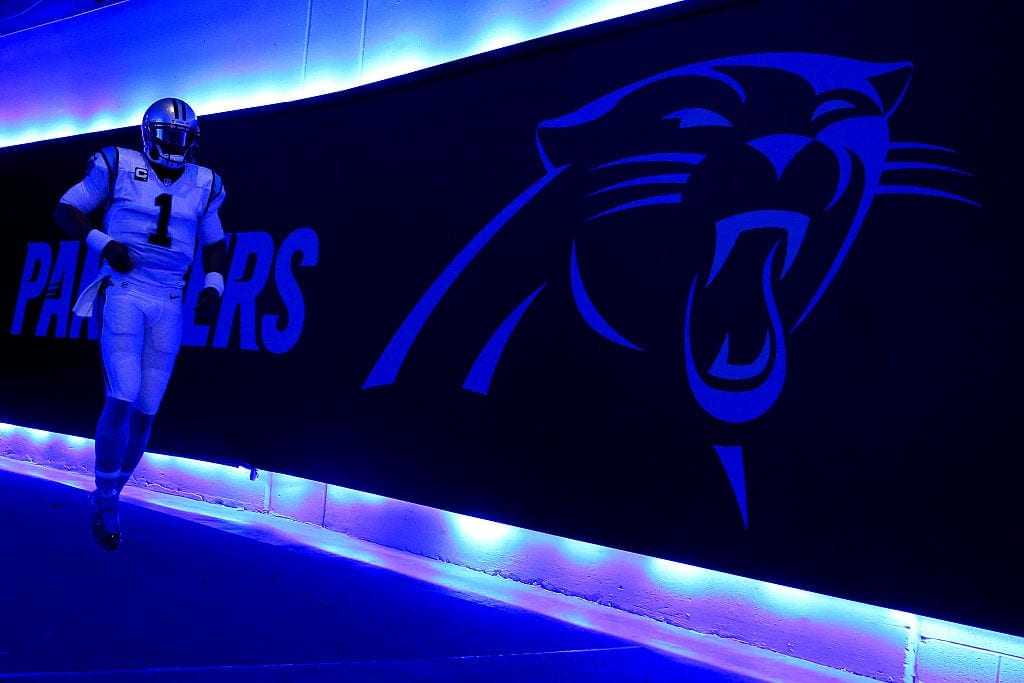 [otw_shortcode_dropcap label=”O” font=”Ultra” background_color_class=”otw-no-background” size=”large” border_color_class=”otw-no-border-color”][/otw_shortcode_dropcap]ne of the Carolina Panthers football broadcasters was not in his booth at the 2020 season-opening game. Why? Because he openly supports President Trump and refuses to allow the NFL to stunt his first amendment rights. First amendment rights which he proudly now has after officially becoming an American citizen just last month.

42-year-old Luis Moreno Jr. moved to the United States from Mexico at the age of 14. He was a star fullback and linebacker for Charlotte Catholic then played college ball at Hampden-Sydney in Virginia. Since 2010, Moreno has been an incredibly popular play-by-play commentator en Espanol for the Carolina Panthers. Moreno co-hosted with his uncle Jaime Moreno.

Moreno and his Uncle “became media darlings for infusing their calls with bursts of extreme enthusiasm more commonly associated with Spanish soccer announcers, and for coining off-the-wall nicknames for the team’s biggest talents,” reported the Charlotte Observer. During COVID-19 Moreno Jr., like the rest of us, was forced to stay at home which he says was enlightening. Particularly about politics and his thoughts on President Trump. He “found out that there are a lot of things that are happening that I wasn’t aware of that make me support him.”

In April, Moreno Jr. retweeted a tweet supporting Trump’s 2020 reelection campaign, which led to him being tagged shortly after in a tweet with other Trump supporters. He was then contacted by the radio and television affiliate manager for the Panthers as well as the Spanish-language radio general manager. It was requested that Moreno Jr. remove all information related to the Panthers from his bios on his personal social-media accounts reported The Observer.

Moreno Jr. says he complied but also continued to create and share social media posts that supported Trump. Over the summer he received yet another call regarding his social media posts. “If what they want me to do is stop supporting the president, I’m not gonna do that.”

“Basically, what I told Eric, I said, ‘Listen…I’m not even under contract right now. I am not willing to participate in this project anymore if I’m going to be censored. So, unless they call me, I’m not going to do it anymore. Because I am not OK with them censoring my freedom of speech in support of the president” Moreno Jr., explained. He also says he is hurt “because this has nothing to do with my performance on-air. This has nothing to do with how good I am at what I do. I’m one of the best, and I’ll put myself against anybody in the country when it comes to what I do in Spanish.”