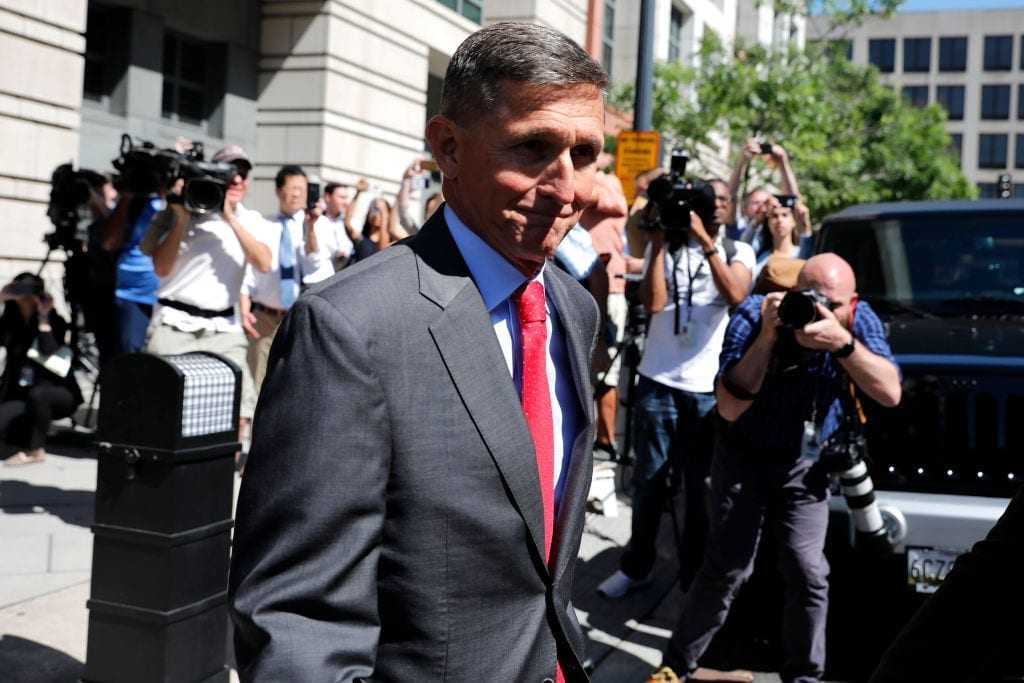 President Trump pardoned Flynn at the end of November after Sullivan resisted dismissal of the case following the Justice Department’s motion earlier this year.

“The history of the Constitution, its structure and the Supreme Court’s interpretation of the pardon power make clear that President Trump’s decision to pardon Mr. Flynn is a political decision, not a legal one,” Sullivan said in his Tuesday order. “Because the law recognizes the President’s political power to pardon, the appropriate course is to dismiss this case as moot.”

On December 1, 2017, Flynn, who was Trump’s first national security adviser, pleaded guilty to making false statements to the FBI during an interview regarding phone calls he had with then-Russian ambassador Sergey Kislyak during the presidential transition.

The FBI had been investigating the retired military general and three other Trump campaign advisers since August of 2016 as part of Crossfire Hurricane.

But, in a court filing on January 29, 2019, Flynn said he did not intentionally lie to the FBI about his calls with Kislyak and that he regretted pleading guilty; he struck a deal with the government in order to protect his son from potential criminal prosecution in relation to their lobbying for Turkey, which the Justice Department also investigated.

The Justice Department moved to dismiss the case in May, but Sullivan refused. Instead, he appointed retired judge John Gleeson to argue against the DOJ, who claimed that the motion was politically motivated to help President Trump and should therefore not be granted, Fox News reports.

President Trump shared his gratitude and congratulated Flynn in a tweet Tuesday.

“Thank you and congratulations to General Flynn,” he said. “He and his incredible family have suffered greatly.”