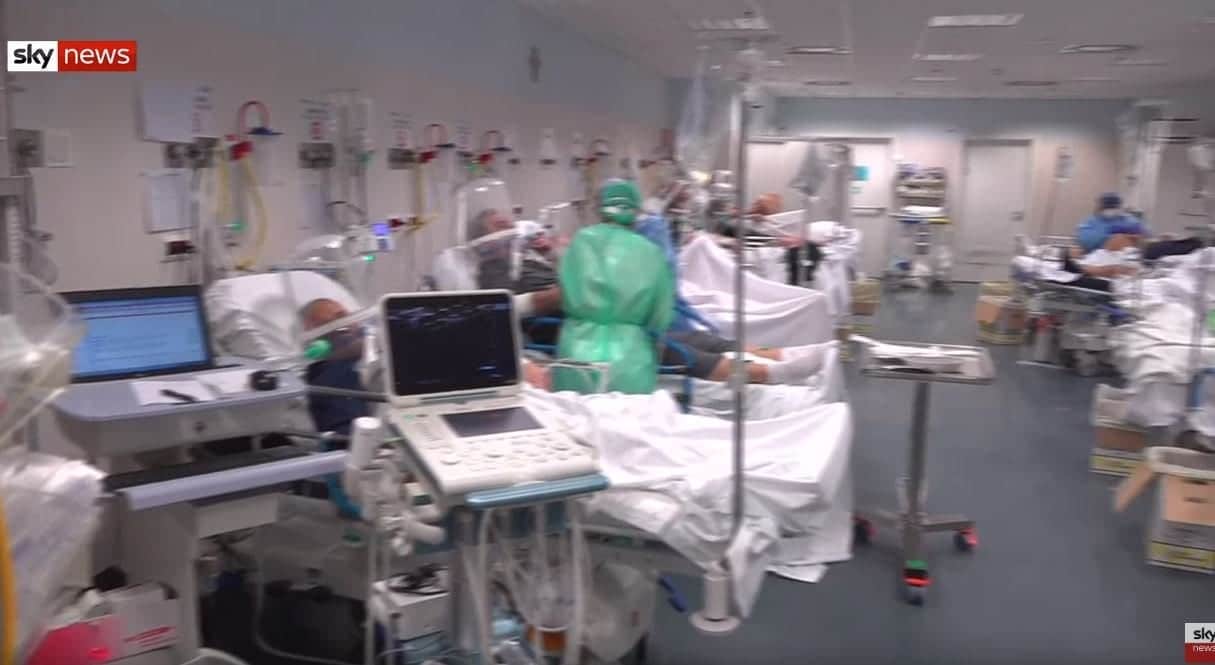 [otw_shortcode_dropcap label=”C” font=”Ultra” background_color_class=”otw-no-background” size=”large” border_color_class=”otw-no-border-color”][/otw_shortcode_dropcap]BS News aired moving footage of a crowded hospital with multiple patients on ventilators and doctors covered head to toe in hazmat suits in order to demonstrate the desperation New York City hospitals are in. Except, the video is actually from an Italian hospital. Certainly, the scenes in American hospitals are just as harrowing, but that does not excuse the network’s journalistic mistake.

CBS admitted their “mistake” and blamed it on an editor. “It was an editing mistake. We took immediate steps to remove it from all platforms and shows” a spokesperson for CBS News told Fox News. Sky News had initially aired the video days before of Italy’s main hospital in Bergamo, in Lombardy province and noted the hospital is “one of the most advanced hospitals in Europe.”

Just in the last 24-hours, health officials announced coronavirus deaths in the United States hit over 3,100. New York remains the epicenter with over 67,000 cases and more than 900 deaths. A Navy hospital ship, the USNS Comfort, arrived at New York’s harbor on Monday with 1,000 beds and 12 operating rooms, prepared to take patients and alleviate stress on NYC healthcare workers.

This is footage from SKY News on March 22 from Italy:

This is the footage from CBS News during their New York City report on March 25: 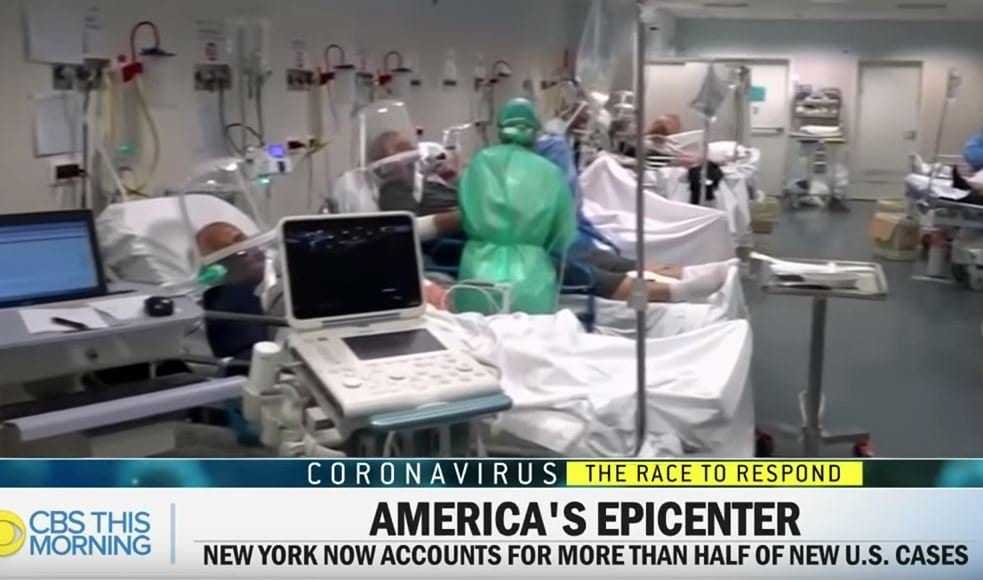 Over the weekend, NBC’s Chuck Todd justifiably caught heat for asking former Vice President and 2020 hopeful Joe Biden if President Trump had “blood on his hands.” Todd asked Biden, “do you think there is blood on the president’s hands considering the slow response? Or is that too harsh of a criticism?” Even Biden, Trump’s current number one adversary, believed the question was “a little too harsh.”

The mainstream media has declared itself morally responsible for calling out President Trump and holding him accountable. But who is holding them accountable? It is unacceptable to mislead and misinform the American people under the pretense of doing their job when in reality it’s nothing more than exposing their bias. Just last fall ABC News aired “a night gun demonstration at the Knob Creek Gun Range in West Point, Kentucky” but falsely claimed the footage “depicted a fierce battle between Syrian Kurds and Turkish forces” reports Fox News.