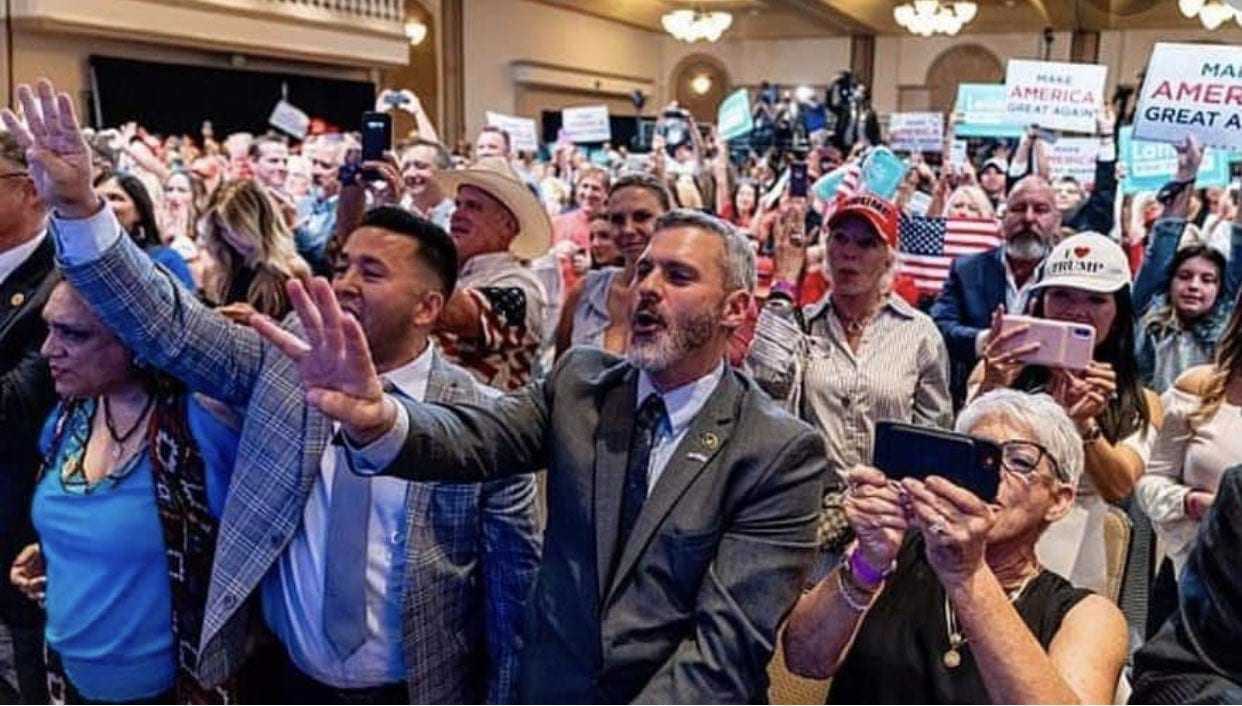 [otw_shortcode_dropcap label=”B” font=”Ultra” background_color_class=”otw-no-background” size=”large” border_color_class=”otw-no-border-color”][/otw_shortcode_dropcap]usted! CBS News used a photo of enthusiastic citizens waving American flags and smiling while the chyron across the screen reads “BIDEN PITCHES CRUCIAL LATINO VOTERS DURING FLORIDA CAMPAIGN STOP.” Only one problem; it is actually a photo from a “Latino’s for Trump” event in Phoenix. The misuse was caught by an eagle-eyed Twitter user:

Fox News covered Biden’s actual event and a photo from it shows an empty room with five people, who by the way, are not socially distanced despite plenty of space. Twitter user @LD25_GOP tweeted the mistake with a screengrab of CBS News’ false accusation. “CBS stole a Photo from Latinos for Trump in Phoenix and tagged it as a Biden event. #fakenews.”

People say all the time, ‘Oh, we got to get the vice president out of the basement…He’s fine in the basement. Two people see him a day: his two body people. That’s it. Let Trump keep doing what Trump’s doing…It’s hard for the vice president to break through…He’s not a governor, doesn’t have the National Guard. He’s not the president, doesn’t have a briefing room…And when he says something like he did on race relations two days ago, it needs to have a big impact – thoughtful, and that’s what we’re preferring that he actually do at the time.

In this article:CBS News, Joe Biden, Latinos For Trump