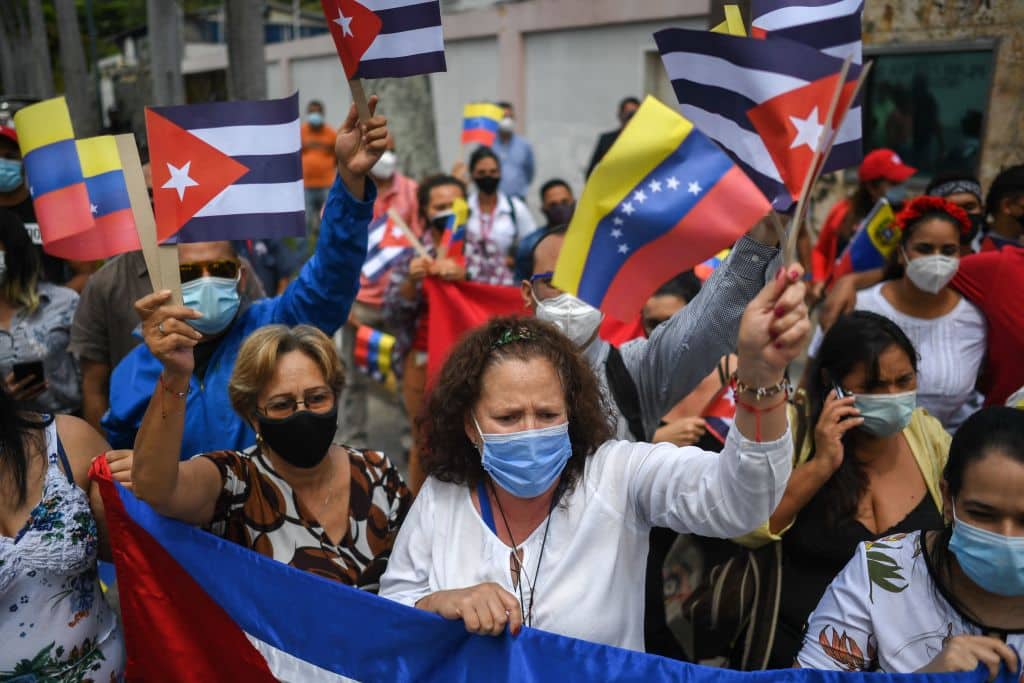 On Monday, a CBS producer blamed the Trump administration for the ongoing protests in Cuba, a country that has committed human rights violations throughout its history.

“The Trump administration passed many more regulations, many more sanctions against it, which basically has cut off all income coming into Cuba,” CBS’s Portia Siegelbaum said. “I think that the Biden administration at least said at the beginning he was going to review this policy and make changes, but nothing has happened.”

Over the weekend, thousands of Cubans gathered to protest their lack of freedom and the widespread poverty caused by the socialist regime. Florida Republican Lt. Governor Jeanette Nunez described the situation after protestors began waving the American flag.

“For over 6 decades, the despotic Castro regime in Cuba has deprived its people of life and economic liberty,” Nunez said. “The images we are seeing from across the island are an outcry as shortages of basic necessities have become commonplace. As a Cuban-American, I stand in solidarity with the freedom-seeking people of Cuba calling for the end of the communist dictatorship. The Castro’s continued repression won’t keep the Cuban people from peacefully demanding their God-given rights. As Cubans risk everything in protest, Florida will continue to support our Cuban brothers and sisters who are fighting for freedom, democracy, and human rights.”

They added, “Detention or the threat of detention is often used to prevent people from participating in peaceful marches or meetings to discuss politics. Detainees are often beaten, threatened, and held incommunicado for hours or days. Police or state security agents routinely harass, rough up, and detain members of the Ladies in White (Damas de Blanco)—a group founded by the wives, mothers, and daughters of political prisoners—before or after they attend Sunday mass.”

In this article:CBS, Cuba, Donald Trump