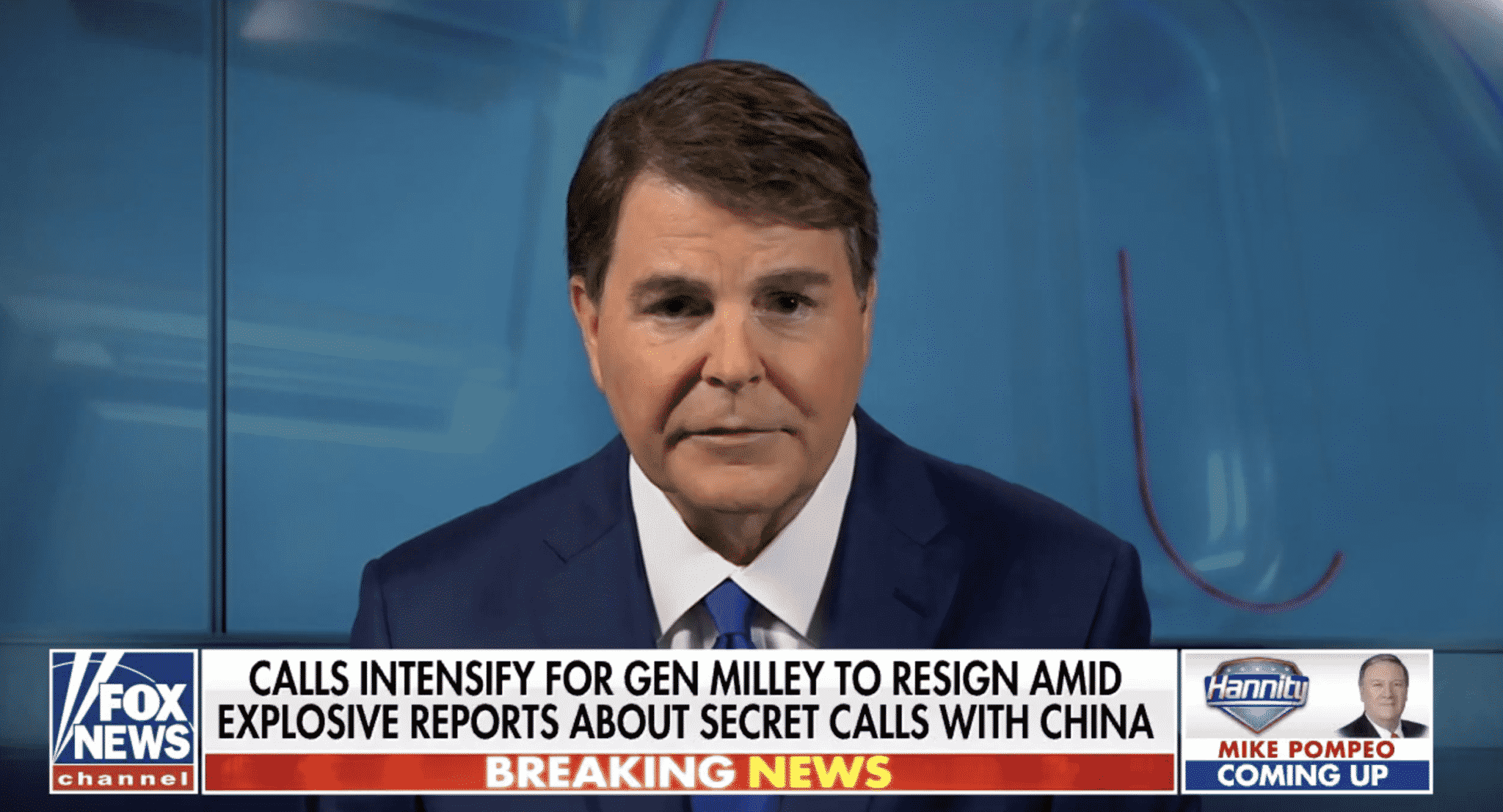 Gregg Jarrett joined ‘Hannity’ to discuss the growing controversy surrounding Chairman of the Joint Chiefs of Staff General Milley. If the reporting in the soon-to-be-released book Peril is accurate, Milley should be relieved of duty pending a thorough investigation.

An independent and bipartisan commission is a good idea; the military is also duty-bound under the Military Code to conduct its own probe.  If there’s credible evidence, Milley should face a general court martial.

The charges under the Uniform Code of Military Justice Milley could face would include:

Milley didn’t seem to understand that he has no authority whatsoever.  None.  As Chairman of the Joint Chiefs, he’s an adviser to the president and the security council.  Nothing more.  He is not in the chain of command, meaning he’s prohibited by law from having any operational command authority.

Yet, Milley allegedly convened a covert meeting of top Pentagon officials and instructed them that no one was to act on orders for a military strike —even from the president— without his approval.  Milley was seizing presidential power and actively subverting the elected civilian leadership embedded in our constitution.

Furthermore, he then advised the Chinese that there would be no surprise attack against them.  His office admits this.  But he also reportedly vowed that he would warn the Chinese in advance of any attack.  Good Lord!  What if the Chinese had decided, “This is great information; we can now launch our own devastating preemptive attack against the U.S. because there’s a power vacuum in there!”

No amount of rationalization by Milley can justify his lawless and treacherous actions.  He claims he thought Trump might attempt a coup after losing the election. Milley’s dishonorable response was to mount a coup of his own against the president.

In our democracy, we don’t let one man decide all on his own, “I think the president is unstable…so I’m taking over control.”  That’s not his judgment to make.  He’s not remotely qualified.  Nor is the Joint Chiefs constitutionally authorized.  He is nowhere in the chain of command.  The White House janitor has as much power as Milley.

It’s insane that Biden is defending Milley.  Will the general at some point (tomorrow, next week, next month) decide that Biden is mentally deficient or unstable and once against try to seize presidential powers and control over the military?

Biden better think about that —to the extent that he’s alert and conscious— before continuing to support  Milley. Milley is a threat to our Constitution, our democracy, and our country’s national security.  He is, in a word, dangerous.

In this article:court martial, Milley, Peril