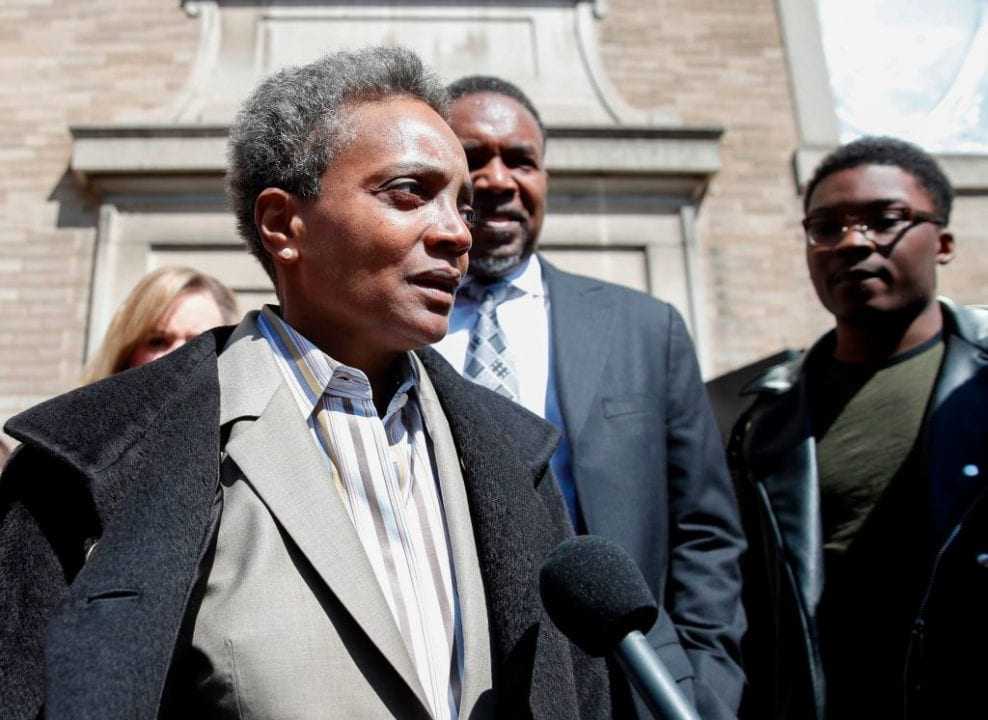 [otw_shortcode_dropcap label=”C” font=”Ultra” background_color_class=”otw-no-background” size=”large” border_color_class=”otw-no-border-color”][/otw_shortcode_dropcap]hicago’s WTTW News obtained a recording of the virtual conference held by the mayor. The purpose of the call was to “brief all 50 aldermen on the city’s response to the unrest touched off by the death of George Floyd in the custody of Minneapolis police.”

In the recording, the emotions ran the gamut. You could hear crying, anger and lots of swear words. According to WTTW News, the call is an insight into the upheaval on the streets that was met with ineffective action from Chicago’s leaders. Listen for yourself below:

8thWard Alderman Michelle Harris asked, “it’s like, what are we going to have left in our community?” She answered “nothing” before anyone else chimed in. “I feel like I am at ground zero…my major business district is shattered. Why would Walmart or CVS come back to our communities?” Harris asked.

Chicago City Council’s Black Caucus was very critical of mayor Lori Lightfoot. According to WTTW the Black Caucus accused Lightfoot of making business corridors on the South and West sides “easy targets” for criminals and looters. Lightfoot used 375 members of its National Guard to “block off the Loop and the central business district” leaving the South and West sides vulnerable, and now destroyed.

In one of many disagreements and contentious issues, Lightfoot said the criticism was “illogical and not true.” As alderman spoke of their plight, Lightfoot begins speaking after five full minutes into the call, saying she had been trying to speak the whole time. Responding to the criticism that she better protected the downtown of Chicago than the West and South sides, Lightfoot said “offends me deeply, personally, in part because it is simply not so.”

“We’ve been working our a** off…it is all over the city” added Lightfoot. She also said despite the “armed combat” attempt by the officers, “I don’t know about you, but I haven’t seen s**t like this before, not in Chicago.”

“My ward is a s**t show” said 10thward’s Ald. Susan Sadlowski-Garza who broke down pleading for help from Lightfoot. She discussed cop cars and banks being burned, “they are shooting at the police.” Ald. Ed Burke (14thWard) expressed concerns residents would be forced to take matters into their own hands.

Lightfoot’s general stance during the entire call was similar to quotes such as “this is a massive, massive problem…people are just f*****g lawless right now.” Not particularly helpful nor useful words from a mayor.

Alderman Raymond Lopez of the 15thWard “demanded that Lightfoot develop a plan to stabilize Chicago’s neighborhoods for five days, calling his Southwest Side war ‘a virtual war zone’ where gang members armed with AK-47’s were threatening to shoot black people.”

WTTW reports “the call came to a screeching halt when Lightfoot declined to address the substance of Lopez’s remarks, and Lopez demanded that she responded.”
Lightfoot told Lopez he was ‘100% full of s**t.’

‘I understand you want to preen,’ Lightfoot told Lopez.

‘Mayor you need to check your f*****g attitude,’ Lopez said.